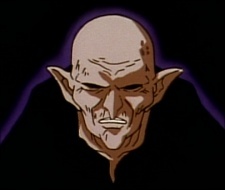 purplemoon_ May 21, 2021 1:12 AM
Oh wow! Thanks for sharing, that’s really interesting. Especially for ANN to acknowledge you! So wait when you say you reported the news for CPM you mean you worked for the company itself? Or you just did it about them? but either way, yeah they arent too bad of a company, they def have some hits but i noticed that company was often under appreciated and not as well known as the bigger ones like ANN which is a shame. (What do you think of ADV films company by the way?) Looks like it all worked out in your favor in the end especially now that you can work more independently on the type of anime that interest you the most and its clear its something that means a lot to you, thats so neat :) I personally favor older anime WAY over the ones currently airing,i rarely ever watch them. The animation,the feel everything is way different. You have a point though because I too noticed that MAL is way harsh on ratings when in fact a lot of the top shows arent always even good. The great “hidden gems”are often tossed to the side. Giving recognition for these types of anime is pretty admirable and im sure it put them in a new light. Seriously dont ever think people dont care!! I am just one example of many others so dont feel discouraged :) im sure every reviewer goes through those thoughts at some point. the tight nit dedicated community of viewers are more meaningful. Im sure it can be a tough crowd out there for you guys xD but you give a fresh non biased take when many others dont. Good luck with everything :) I’ll take a look at your blog website

purplemoon_ May 10, 2021 8:30 PM
Why of course! :) i commend you so much for your school days review,sometimes i feel im one of the only people who liked it and understood what it was trying to do. Out of curiosity what got you in the passion of making reviews? It's something ive thought about doing. The closest i did was the "tags " part ive recently been adding on my anime and manga list.

Lamaclon_CZ Apr 29, 2021 12:56 AM
Do you know profile awards on Steam?
They're just awards given by users to other users.
Every award has a name and description.
Please don't misunderstand me, MAL doesn't have any awards right now.
So, If MAL will have those awards someday, I'll give you one.

Lamaclon_CZ Mar 21, 2021 5:08 AM
If MAL will have profile awards someday, I'll definitely give you one. Your profile is a big treasure.

Poseur Dec 26, 2020 8:56 PM
Your unique list is refreshing to these eyes. After seeing the samey boring 3x3 shit over and over again on MAL