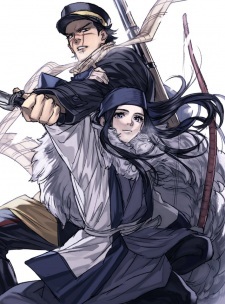 KTKore Mar 21, 2018 6:36 AM
It's been more half and half for me. I really could not stand the initial 50 episodes. Everything about it felt wrong. The animation and art were terrible. The music was awful, the directing was stale and boring. I felt nothing good from it at all. It felt like a mistake and was hard to watch. The Beerus, Freeza and Universe 6 arcs were all bad. I am mixed on the Future Trunks arc. Certainly there were some improvements. The directing was upgraded as were the visuals and the feel and atmosphere were great. But...the story was uncharacteristically convoluted. It tried to recreate what the Trunks arc in Z did, but went way too far. I liked Zamasu as an enemy and I liked his reasoning for hating humans and wanting to destroy them. That was good. That was all that we needed. But then they started exploring all these different time periods and dimensions. The stuff with the time rings was a clusterfuck. And the ultimate fan fiction lameness was Goku Black. I was not a fan of that at all. The Future Trunks arc here was a rollercoaster ride for me. I really loved it to begin, but maybe that was because it was such a stark change from the crap that we got before. As it went on, I really tried to tell myself that I was enjoying it, but deep down it just wasn't connecting with me. It had some high points for sure. The team up action in the final fight was amazing. The animation at points looked really good. The music got an upgrade big time but I would be lying if I told you I actually cared about what was happening. The ending was not good either. Deus Ex Machina kinda stuff. It would have been better if it just ended with them defeating Zamasu normally without that last episode tacked on.

At this point Super was like a 6-6.5/10 at best for me. But then...THEN the Tournament of Power arc began. I have never seen a quality upgrade as sharp as this one. Absolutely everything was improved 100x over. I couldn't believe it. Suddenly the music was awesome, the characterization and plot was 100% Dragon Ball and felt perfect. The animation looked like Madhouse quality almost every single episode. An 80 man huge battle royal was a great and ambitious concept and every episode was incredibly fun to watch. Literally from episode 77 forward, the show went from a 6/10 to a 9/10 like over night. I was in Dragon Ball heaven. Finally I was watching GOOD NEW Dragon Ball in modern times and the feeling was surreal. The ToP wasn't perfect. It was hard to build up the storylines for 80 characters in such a short amount of time but they did their best. There were some awesome guys here and some duds as well. Ultimately Jiren hasn't been up to the level Dragon Ball is known for when it comes to opponents. He's boring and doesn't have much going for him. But the challenge he poses for Goku and the others with his overwhelming power has been fantastic and it's been a joy watching everyone try to overcome him. Dragon Ball was always great with creating a feeling of hopelessness and having the characters overcome inconceivable odds, and they definitely got it right here with Jiren, even if Jiren himself leaves a lot to be desired.

Not to mention the usage of characters of old was absolutely magnificent. The rebirth of guys like Kuririn, Gohan and Tenshinhan. Even Master freaking Roshi was just awesome. So there was a lot to love in this arc.

I do feel they missed a LOT of easy opportunities to do something interesting with the story and characters though. Mainly Freeza has been a total waste in this arc. I figured they were bringing him back to do something special with him as they alluded to before the tournament started. Everything with him was very ominous and amazing. They had a chance to bring Freeza back to the forefront and make him perhaps better than ever. But they completely flopped. He was in the background for most of the tournament, and then got beat to the ground by a freaking fake Beerus rabbit guy and then slapped around by Jiren. And now he's going to be 17's sidekick to fight for Goku? No good... So that's my biggest disappointment with this arc. And it's no small disappointment.

So yeah, Super has been an interesting experience. Completely worthwhile watch. While I would consider it just a one arc show, that one arc was so good that it pretty much redeemed the entire series. I'll see how I feel about the Future Trunks stuff in a future rewatch. Maybe it'll grow on me.

I would have said GT was better too if Super remained on the path that it was originally on. But after its improvements in the Tournament of Power (I mean that arc is almost as long as the entirety of GT), it's a complete joke to say GT is better.

I can't wait for this new movie in December. I think it looks incredible. A new style for sure but it's completely to my tastes. Hopefully this movie leads to more Super in 2019. I'm not ready for it to end lol.

Anyhow, I am a bit curious, how do you think Oda will handle the situation between Luffy and Katakuri from here on? I've been racking my brains, coming up with many ideas, but there might be something I overlooked which Oda might use. xD