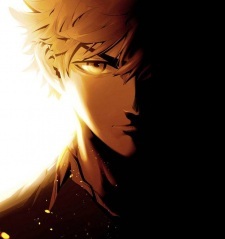 No links for u my friend.

LunyRem Jun 30, 2018 6:45 PM
That's right! :D And same for me as I had no other ways to contact most of my online friends. Well, most of them are from MAL anyway so... >_<; A few things still need to be restored in this site but the most important things I need for MAL are still unavailable, such as the blogs as well as making the lists & images finally public. D:

Yeah, I totally agree. I've been wanting to do something different now. I'm still watching anime but I feel like I've gotten mentally drained from following too many seasonals every week, which is why I've decided to take a break from any new anime from Summer 2018 so I could spend more time for other things rather than using that time to watch airing anime, ehe. :) I'll always stay updated with One Piece as it's one of my favorite anime and it's always been a part of my Sundays. xD And I've got 6 remaining airing anime from Spring 2018 which I can still follow weekly but I don't mind that as long as the number of shows for me to follow doesn't end up again into 20 or higher. xD

LunyRem Jun 27, 2018 5:30 AM
Hey, Alca! How have you been? MAL was unavailable for weeks so nearly all activity in this site have ceased to exist. Thankfully, the admins are restoring site functionality as time goes on. Waiting until the site becomes 100% fully operational again.

When I was still a new user in this site around 6 years ago, I kept adding any anime into my PTW if I think it looks interesting. It's because of my curiosity that my PTW grew up to 750+ something. xD My PTW was a lot bigger than my Completed list before, lol. But I realized I should focus on making my PTW decrease in size instead of making it bigger. :s


I also have a problem where I place anime on hold mid series. Even though the anime is good, another anime comes and makes me want to watch that instead. Is it just me who has that problem?
Well I think this sometimes applies to me as well. I'm supposed to be binge watching an old anime titled "Revolutionary Girl Utena", but now I've been sidetracked by watching something else, such as an OVA or an anime movie. Instead of making progress with Revolutionary Girl Utena, I watched Corpse Party: Tortured Souls and finished it yesterday. Ugh... Cannot unsee... -_-

LunyRem May 22, 2018 2:46 AM
Yeah, it might be a good thing to invest time on something new instead of just keeping up to date with airing anime. ;) I'm actually getting interested to watch some classic anime, such as those anime made from the '90s or even the '80s. Lots of pretty good stuff from their era. And watching those anime should provide a more pleasurable viewing experience as I won't have to wait for another week to see the next episode anyway. I could just dive right in to the next one until I finish the entire anime. ;) I should get started with this soon. xD

Hmhm, yes, I'm doing fine today! :) I still have a few airing episodes that I need to catch up with. It's not easy trying to stay up to date with all the seasonal anime I follow every week. xD

So how are you today/tonight? :)

LunyRem May 18, 2018 5:49 AM
Hey! No problem and thanks for sending a friend invite. :) My thoughts exactly! I can recognize some favorites in your profile (especially Rem <3) and I hope we can be good friends.

Hibbington Apr 12, 2018 9:32 PM
Greetings Alca I recently gave you a invitation to a seasonal club.
I tend to like to start a conversation with everyone I invite instead of just giving you a random invite.
*If the invite doesn't go through just message me about it*
So playing video games isn't something that you do in your life?