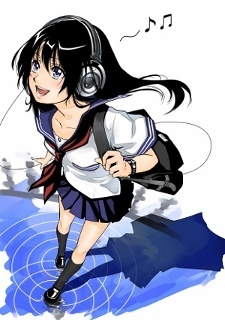 TheGodOfAtheism May 29, 8:28 AM
nice spirited away review

swiyn May 17, 9:41 PM
just finished spirited away for the first time (crazy, I know) and your review was amazing :)

OceanEyess Dec 17, 2019 6:12 AM
Your "spirited away" review made me watch the movie again after 6 year. It was so much better watching it´the second time
thank you:)

viMAL May 29, 2019 2:14 PM
Hello Aeterna!
Thank you, I'm doing well, just been a bit busy the past year because I've been applying for a new job and all. How about you? Anything happened since we last talked?

I picked up Furuba last week and nostalgia hit me in the face the moment I saw the the new animated Tooru. I must say I am liking it even better than the original. Seeing all these characters return to life made me remember my RP forum history and how all these forums now no longer exist. It made me a little sad that nothing got archived and I lost contact with most people I met there. So I am very happy that you are still active on MAL! :D (I am actually not sure when we met...was the La Corda d'Oro board the first place we met on or was it actually the Furuba/Tsubasa RC board?)

HibiscusMilk Apr 25, 2019 3:02 PM
Thank you for the Bakurano review, it made me highly interested to watch, and I'll definitely be starting it soon. :))

(also: Furuba is getting a new adaptation? Oh dear, this brings me back to my childhood!)

NightlyBoot Nov 23, 2018 5:59 AM
I enjoyed your review on Spirited Away. You pointed out some subtleties, for example the music which I definitely wouldn't have noticed if I had not read what you had to say beforehand. First time for me watching this anime. I really enjoyed the whole story, the simplicity of it and your comments about it and many other aspects as well. So thank you.
I came to visit your profile and we may not have much in common interests but it was nice to see your bio. First one I have seen that is like mine. Most other profile bio's I see either have photos and banners or nothing at all.

Seeing your bio and you actually introduce yourself was nice, to say the least.

Saragas Apr 11, 2018 8:26 AM
Glad that you're doing fine! For me, something happened last week that was really, really bad and I am still kinda going through the motions. Work has coincidentally been busy as hell at the same time, so I am tired but it's better than a few day ago.

I am ready to watch 3-gatsu no Lion after seeing that rating the second season got. Gintama was fantastic, and there will probably be at least two more seasons, seeing how the manga hasn't ended yet. I loved the OP/ED and will miss both with the new season. It's going to be great though, I can tell you that. Agree on Mahoutsukai no Yome. I'm gonna be honest - I read the manga and initially liked it, but it got kind of repetitive and boring so I stopped reading it and then I watched a few episodes of the anime and it was just...boring.

I thought about Golden Kamuy and Piano no Mori as well! Have to see if I can keep up with everything I picked up so far, but I'll check them out as well.

I didn't watch a lot in Winter 2018, I kept it to Gintama, Franxx and Violet Evergarden. I will most likely watch Yuru Camp and Sora yori because they have garnered quite the hype that season. I obviously loved Gintama as always, Franxx is getting really interesting right now and I am looking forward to seeing what's going to happen. Evergarden had a slow start but it got better towards the end.

I'm going to pick up a few more series in Spring! BNHA S3, Persona 5 (because I am lazy and _still_ haven't finished the game), Steins;Gate 0, Shokugeki no Soma, Wotaku and maybe Megalo Box. Lot of sequels, really hyped for most of them.

What about you? Anything that you HAVE to watch?

Saragas Feb 1, 2018 9:42 PM
Ohh, my superior went to Jamaica last year and liked it, although he said the American tourists are...something.

Yeah, wasn't able to eat anything for 4 days because...I'll spare you the details. I still went out every single day because I was not going to spend my time in Japan sitting in my hotel room all day. That might've been stupid, but well, I survived, I guess. And yes, I also want to see more of the northern regions as well. Sapporo looks great.

Yeah, I feel kinda the same. I want to go to South Korea, but it's not at the top of my list. To be honest, I don't really have a list either. I might also just go to the US and visit one of my friends who lives there, but I've not decided yet.

I only watch three right now. Violet Evergarden is pretty meh so far. I wasn't all too hyped because I saw episode 1 last year at a con and thought it was "okay", but so far, it's not really been all that good. It's pretty, as every KyoAni anime but other than that it has nothing going for it, at leas for me personally.

Darling in the Franxx is pretty funny and the female lead is great. It is pretty damn sex-innuendo heavy, which is why I can't really take it seriously, but that's Trigger. Might end up being way more interesting though, because there seems to be more to the world than we know yet.

Well, Gintama is Gintama. I absolutely love the OP and especially the ED (god, that ED). Animation quality is pretty hit or miss, but the important scenes have been done well so far. Just hope they don't run out of budget later on lol. But yeah, looking forward to that every single weekend!

I'll definitely go to Japan once more because yeah, I had some health complications there last year that kept me from enjoying it 100%. After that, who knows. I'd like to go to South Korea as well.

I've been to Osaka (although just for half a day) and Nikkou. Nikkou was so pretty. It was full of tourists, but the weather was great and the scenery was just amazing.

Saragas Jan 24, 2018 10:28 PM
No, I get it. When you're exposed to that every day, it becomes "normal", I suppose. I think it's great that there are people that do this as a job, because sometimes those ill people have nobody and then it's good that at least somebody cares for them in their final days. Kudos to you for doing that!

It's weird, I usually don't like bigger cities, they make me nervous as hell. I am from a city with not even _20.000_ people, so going to Tokyo had me thinking "Oh god, I'll die from nervousness" but nope. Never have I felt more at ease in a _huge_ city as I did in Tokyo. I think it's because the people are just generally really quiet and respectful. Loved it. Kyoto was great as well! A lot quieter, exploring the side-streets was amazing. I plan on going back there either this or next year.

Saragas Jan 23, 2018 5:48 AM
Oh, that does sound really interesting! Although I can't imagine what it's like working with seriously ill people, I don't think my heart could take it. I had an internship in a retirement home (is that the word?) and sick elderly already made me feel sad as hell. And yeah, I can relate. I live in a smaller city and there's not much happening here and it sucks. I'm not the most outgoing guy but sometimes it would be cool to just go out and see SOMETHING. Coming back here from my vacation in Tokyo was a shock.

Haha, "squee", that's adorable. I also used to watch more "serious" stuff and stayed away from SoL or CGDCT but after a while, only serious series get exhausting.
All Comments