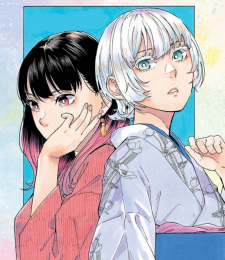 Cool. Yeah, it really is hard to keep up with all the shows, I'm watching over 20 seasonal shows for the first time and it's getting pretty hard to not drop the boring ones since it's pretty early to decide. I guess I'll limit myself to fewer shows from next season and watch the ones I missed out later.

Yeah, I'm watching it but it hasn't been anything special so far, I've been reading the manga before the anime was announced so I knew what I was getting into but I cant deny it's a little boring to watch. I think it flows way better in the manga format personally since the art is so good.

Same, I've been enjoying it very much too, it feels like a passion project and it pretty much is since the studio was put together just to make this anime. I like how this anime doesn't speed run the reincarnation and earlier character development too. If it gets the world building right, it'll probably be the perfect isekai imo.

I'm a shounen tard too so I've been really enjoying jjk, stone wars and one piece every week. Also sk8 is pretty exciting to watch too.

I get the sugita thing tho I haven't really seen enough gintama yet. There's been a lot of shit-storm about mushoku tensei on reddit and other forums so I hope people don't rate it unfairly.

What's your favorite anime this season? What're you looking forward to the most every week ?