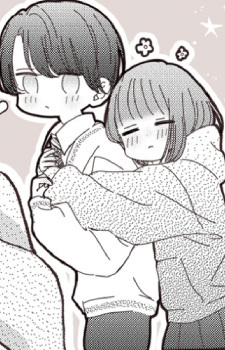 CeddyyBearr Aug 1, 2:13 PM
Man, I wanted to congratulate you with that Seb podium, but just read now that he is disqualified... D:

But what a race.... I saw things today I haven't seen in all my 18 years that I have been following F1. Incredible stuff. If anything I learned today, is that if Bottas retires from F1, he will start a bowling career.

CeddyyBearr Jul 31, 6:46 AM
Honestly haven't seen the whole media day thing, so I honestly can't judge on it too much. If the media people asked him about it, I can imagine him answering it, cause he is just that honest. However in my eyes it would have been smarter to just say "no comment" and move on to what is happening this weekend.

Let's hope for a good race between the two of them tomorrow!

We'll find out tomorrow in the race, but since they made so many damn tweaks into these new technical regulation regarding the pitstop in the last few weeks, I don't know what it is now. But we'll see.

The racing was okay to have, more racing is always good but I want them to take more risk. Try something risky like the step up classes F2 & F3 (like a reverse top 10 grid), but somehow I don't really see that happening. It would really spice up the sprint race a lot. Leaders starting from the middle and having to fight their way through. That's what we want to see as fans of the sport.

Judevin Jul 29, 4:32 PM
LMAO YESSIR
Next time he unblocks me, I'll get him to block me again, I know which buttons to push.

Judevin Jul 29, 3:44 PM
It's more fun to just not take his opinions seriously and troll him, he gets very triggered by that.
(he blocked me for doing that and only unblocked me today to PM me, and then blocked me again LMAO)

Judevin Jul 29, 3:32 PM
I only saw you being big brain, that guy was just cherrypicking your sentences to fit his opinions, it's weekly shit, just check the previous 3 episodes of Aquatope, you'll see the same arguments.

Judevin Jul 29, 3:14 PM
That argument with RobertBobert is not worth it fam

mikazeliscious Jul 28, 12:07 AM
hi there. you don't know me, and i don't know you. i stumbled across your page while just going down a random rabbit hole of things, but that's beside the point. more or less the purpose of this comment was just that i'd noticed we have the same birthday and idk that amused me (i'm easily amused by random things) and just wanted to say hope you have a good day random stranger.

CeddyyBearr Jul 25, 3:08 AM
Yeah that's fair. I even saw on the Dutch TV that he still blamed max entirely for not leaving enough space. Stewards have judged and honestly it's good that they move on, but the psychological warfare continued for so many days afterwards, it's quite unreal. So many comments thrown around from both sides.

I was surprised about that message tbh, I loved Masi's reply though. "I don't check my email during a race" as in I got other things to do right now haha.

Fate_Saber88 Jul 23, 7:42 PM
The first picture is clearer and it doesn't seem like you're myopic. It's been over a year I don't play anything at all so I might still check what is new.

Also, I hate motion blur, my advice is to stick to whatever has the least motion blur.

NextUniverse Jul 19, 6:23 AM
for your spreadsheet thing, if I did something similar, does it show my email to others or nah.

CeddyyBearr Jul 18, 11:27 AM
I am gonna be a honest, as a Max fan, I am severely disappointing with this result. I mean, in the end it's racing and it can happen at the most unexpected of ways. I hold Lewis at a very high regard, but today he lost a lot of respect from me. I can go on about it forever, but that was one stupid move. He would have never made that corner that way, not in lap 1 with so little overspeed and on the dirty side of the track.

I feel that the penalty was deserved, but it felt so bitter as there was no clear punishment in the end. Besides that Hamilton asked if Max was okay, I really disliked his way of celebrating his "proud" moment after putting his rival into a wall at 150mph and putting the blame on Max after it was said it was his fault.

Not gonna lie, the drama was real with the team radio's towards Masi with each team giving their view on the accident and I don't think this will be over any time soon. I think this sparked the rivalry to a whole new level.

Yeah, it's a matter of see what will happen at Hungary (or was it after, honestly can't remember what they said exactly)

That McLaren was on rails that last weekend in Austria. I enjoyed it and yeah it could have been P2 if the action on Perez was left unpenalised, which I think it should have been, but oh well, I ain't the expert here after all :P

Oh that battle with Alonso was great. Young vs Old. Yeah their driving was hard but fair and it didn't result in unnecessary penalties. The respect between the two after the race was also so damn sweet. I loved Alonso's words after the race about it being a shame he had to take away that point from George.

Yeah the soft runners had a really bad time that weekend. Starting on the medium had a very clear advantage. It's sad, but luckily this weekend it will be very different due to the different format they are using. Qualifying can only be driven on the soft tyre appearently. I am not sure if this "Sprint qualifying" is going to be the thing for F1.