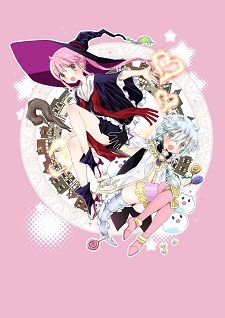 A television anime adaptation of Chiyo Kenmotsu's RPG Fudousan (RPG Real Estate) manga was announced by Kadokawa on Saturday. The April issue of Manga Time Kirara Carat also contained the announcement the same day, featuring the manga on its cover.

Synopsis
The story begins 15 years after the demon king was defeated and the world has become peaceful. Kotone, who graduated from school and became a magician, inquired about the kingdom-affiliated RPG Real Estate in order to find a new home. In reality, RPG Real Estate was Kotone's place of employment, and together with Fa, a demi-human, the priest Rufuria, and the soldier Rakira, they help support the searches of new homes for the customers with various circumstances. (Source: MU, edited)

Kenmotsu ran the comedy fantasy 4-koma manga as a guest series in Manga Time Kirara Carat from April to June 2018 before beginning regular serialization the following month. Houbunsha published the second volume last March, with the third volume planned for an April 27 release.

I hope its only going to be cute girls and all of them are lesbians,,,,YEEEEEEEEEEEEEEEEES

The author have worked with New Game! Which is a great Yuri IMO. And I hope this anime will follow that concept Hmmm... Another Kirara anime. Sweet! Looking forward for this one.

Why do I have such a strong impression that I have already seen this somewhere? But anyway, it looks like MTK is back on track. I have not found this title on the manag resources, so it will be interesting to see what it is.


Hoppy said:
That's an interesting premise for the setting and the fantasy setting allows for strange an wacky situations to prevent a usually mundane to the point of boredom premise from being boring.

That's an interesting premise for the setting and the fantasy setting allows for strange an wacky situations to prevent a usually mundane to the point of boredom premise from being boring.

Woa! A SoL Fantasy anime, count me in.

Looks cute. Count me in.

More adaptation from Kirara is a big YES for me.

Anime adaptation from Manga Time Kiraras are always welcome to my bucket list.

It's hard to process that this anime has "RPG" in title yet does not appear to be isekai.