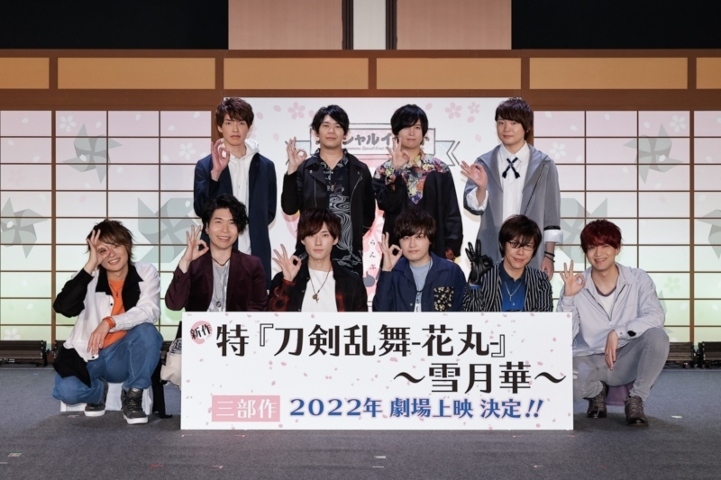 The game also inspired the 13-episode Katsugeki/Touken Ranbu television anime by ufotable in Summer 2017. Aniplex of America licensed the anime and streamed it on Crunchyroll, Amazon's Prime Video platform, and Hulu. An anime movie project is currently in production.

This means more of the most beautiful sword to mess with my heart.

HECK YES!!!!!! FINALLY!!!! I really hope this encourages GSC/Max Factory to not kill off the nendoroid line...

But gosh, I've been so hungry for more Touken Ranbu material - and with the game finally coming out in English sometime this year, this couldn't have come at a better time!!!! I'm so excited <3 <3 <3

Looking forward to it!

Well then, I should probably finish the second season

Since it's hanamaru i hope that means they won't screw it up like with Bungou to Alchemist....!!!!!!!

Hopefully more of the swords besides Yama Chogi will also get introduced, i'm waiting for at least Chiyo, Nansen, Koryuu and Azuki to show up!!!!!!!

More hanamaru YESSS, I'm looking forward to it!!!! I hope the newer sword boys aside from Chougi will finally get to appear!