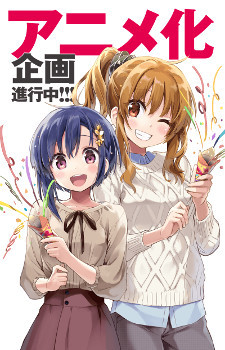 Kadokawa streamed a promotional video for Nachi Kio and Eretto's Bokutachi no Remake (Remake our Life!) comedy light novel on Friday, which announced that the series will be getting an anime adaptation.

Synopsis
Hashiba Kyouya is a 28-year-old game developer. With his company going bankrupt, and him losing his job, he returns to his hometown. Looking at the success of creators of his age, he finds himself regretting his life decisions as he lay distressed on his bed. As Kyouya wakes up, he discovers that he has traveled ten years back to the time before he entered college. Will he be able to finally make things right?

This is a story about a failed person who is given a second opportunity to follow his dreams. (Source: MU, edited)

Kadokawa published the first volume of Bokutachi no Remake under its MF bunko J imprint in March 2017. There are six volumes in total, with the seventh one releasing on December 25. The novels featured in the "Kono Light Novel ga Sugoi!" rankings in 2017 and 2018 and placed sixth and seventh, respectively.

A manga adaptation by Hirameki Bonjin is being published in Kodansha's Suiyoubi no Sirius. The second volume was released on September 9.

This is something that someone on twitter mentioned earlier, so this is actually pretty cool.

Nemesis16 said:
Nah, it's more like Erased with going to the past.

Yup, Erased came to mind as well. But I feel like the dropping out of society bit is more ReLIFE, no?

_MushiRock11_ said:
Interesting synopsis there, sounds a lot like ReLIFE which happens to be one of my favourites! I’ll keep a keen eye on this for now.

Nah, it's more like Erased with going to the past.

I have heard that it is like a "RElife", but much worse and with ecchi unnecessary with a very likely harem, so if the first series does not call my attention, this less will.

This is definitely going in my to-watch list!!X3

Interesting synopsis there, sounds a lot like ReLIFE which happens to be one of my favourites! I’ll keep a keen eye on this for now.

I really wanted to read the LN since I discovered it on kono light novel ga sugoi. I hope it gets licensed.