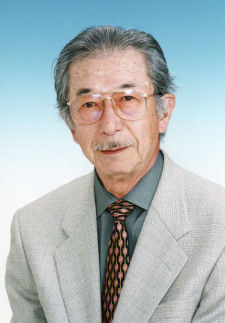 The Tokyo Actor's Consumer's Cooperative Society talent agency website announced on Friday that voice actor Tadashi Nakamura died on November 11 due to sepsis caused by an infected gallbladder. He was 89. A funeral service was held by close family members.

Nakamura was born on December 24, 1929 in the Aichi Prefecture. Some of his roles include Franz von Mariendorf from Ginga Eiyuu Densetsu, Tetsuharu Kawakami from Kyojin no Hoshi, and Liang Zhuge from Giant Robo the Animation: Chikyuu ga Seishi Suru Hi. He also voiced minor roles in the anime films Ookami Kodomo no Ame to Yuki and Summer Wars—both of which were created and directed by Mamoru Hosoda.

During the 2016 Seiyuu Awards, Nakamura was presented with an Achievement Award that is given to individuals who have made numerous contributions to the profession and outside the industry.

May You rest in peace.

Strangely, he is an anime industry worker who outlived his 60s. God bless his genes.

Thank you for your contribution in the anime industry. You have lived a long life. RIP

Great age to be living that long! RIP

rip, don't have his voice clearly in my head though.