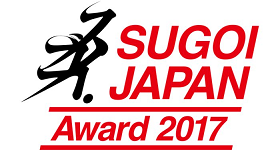 Winners of the third Sugoi Japan Award were announced at a ceremony in Tokyo on Thursday. Entries include anime which began broadcasting from July 2015, along with manga, light novels, and entertainment novels which began publishing from January 2013. Nominees were chosen by Japanese fans and experts who believe that these series have the potential to become global hits. Voting took place between November 16, 2016, and January 3, 2017.

Sugoi Japan Award is co-organized by the Yomiuri Shimbun newspaper and is supported by the Ministry of Foreign Affairs, the Ministry of Economy, Trade, and Industry, the Association of Manga Publishers, and Tokyo Otaku Mode.

Lol, Japan no.
Ten Count being there is quite surprising, but I'm happy about that.

"It wuz overrated and shiet"

Mahoutsukai no Yome totally deserved it, can't say anything about the rest tbh.

-Mahesvara said:
Happy with the results and the salt in this thread kek
You and me both lol, especially from Salty Fai xD

Happy with the results and the salt in this thread kek

Nothing extraordinary nevertheless, except for that ten count manga (⊙…⊙ )

Nothing sugoi about the choices there...

About Re:zero, despite how well made it looks (and how much I despise it), I fail to see how it could gather attention of the masses with all its typical "otaku-stream" elements, even more on an international level.

Because those "otaku-stream" elements are relatively minor and more blown up out of proportion due stereotypes of LN medium in general. Re:Zero also one most popular shows in Asia, being the number one most watched and talked about show in China and had a strong following in Korea during it's airtime. That's not including the West were is among the top. I mean one of appeals to the general audience is that isn't fill with the regular LN cheese, (battle harem, school setting, OP protagonist, game mechanics etc). If one were looking for all that were shows airing that year better aligned those tastes. Whether you like the series or not you don't get kind of notoriety Re:Zero has by adhering to the typical medium standards.

Surprised about at Joker Game being on there though. But it did sell pretty well and in fairness spy fiction is a rare genre in anime.

Japan with the shit taste, as is tradition. Nothing new here.

Another popularity poll? Another Popularity Poll.
Really wish the people organize these various awards would stop calling them awards tbqh.

Aww, I wish Diamond is Unbreakable was in top 3. Grats to ReZero though!

Also really happy to see Golden Kamuy rank so high on the list. I can't wait for an anime adaptation someday (it's going to happen)

Man, Golden Kamuy is getting so much awards since the beginning of 2016
Anime adaptation when ?

Golden Kamui got a good rank, I really want to start it... too bad I chose to put my manga money mostly on finished titles to avoid disappointments.
Funny to see that something featuring Ainu so heavily is well regarded in Japan.

To the ones doubting about Joker game: if by global hit potential, they mean something susceptible to succeed globally and outside of the restrictive animation clientele, it certainly is.
The biggest problems of this series were the failed attempts at building a red line between the various short stories of the anthology it adapted and at cramming each of them in 20minutes.

About Re:zero, despite how well made it looks (and how much I despise it), I fail to see how it could gather attention of the masses with all its typical "otaku-stream" elements, even more on an international level.

Woaaah is nice to see Ten Count there!