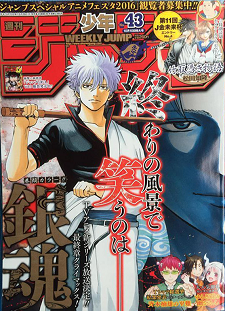 The cover of the upcoming 43rd issue of Weekly Shounen Jump has revealed that a new TV season for the Gintama franchise is planned. It also mentions that the manga is in its final climax. The magazine will be released on September 26, 2016.

Hideaki Sorachi's manga Gintama began publication in Weekly Shounen Jump in December 2003, and its 65th volume was just released on August 4. Japan's Yearly Manga Rankings placed Gintama at 17th for the first half of 2016, selling 1,468,890 copies.

Gintama received its first TV anime series in Spring 2006, and then three following TV anime adaptations, for a total of 316 episodes. Various movies, OVA episodes, and specials have also been produced for the franchise. A live-action adaptation was recently announced, and is slated to release in 2017.

Gintama. was the best season I've watched so far. Although all seasons are the best but Gintama. is exceptional. Though I just hope it won't be the last season I'll be watching Gintama........ I am excited with the release of LA too

Gintama will start airing 8th January, I hope some1 updates this topic or makes a new one.

We don't post news purely for airing schedule as new info. The db is already updated.

Another one!!! Awesome! If new episodes continue to come out I'll never be able to catch up...

My prayers have been answered😍


My body is ready.

Gintama will start airing 8th January, I hope some1 updates this topic or makes a new one.

It's more efficient in terms of sales that way

Wtf its winter 2017? I was thinking spring or summer of 2017. Thought they would let the manga end first, but I guess they really want the manga sales boost. The rating shit storm is going to happen sooner than expected.

i am affraid it will under preparation if it cming too soon... well, see how it outcome...

Great,I thought it would start during the spring season. 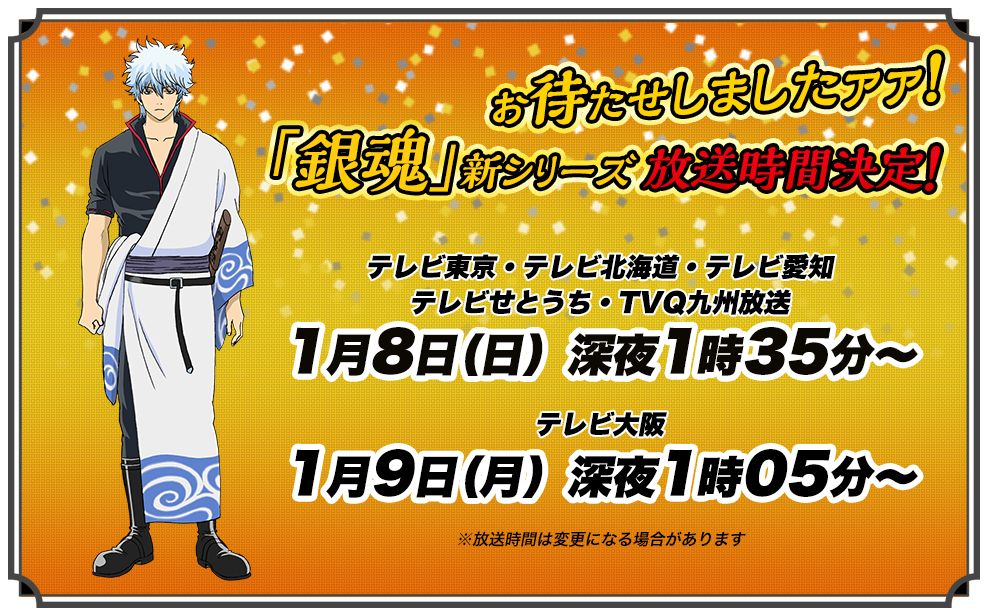 The GOAT is back!!

Uwaaa! They will really make it final. This time it's real.

Could they hurry up already? Is there any information during which season or half of year it will be airing?

Looking forward to the new and probably the final season. If not included in the series I hope the skipped arcs will be in OVA.