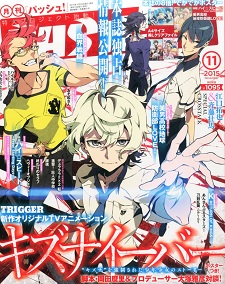 The November issue of Pash! magazine, which will be released on October 10, will announce that animation studio Trigger is producing an original TV anime titled Kiznaiver. The magazine's cover (pictured) features a key visual of the series. An official website has been registered by Aniplex but is not yet active.

Synopsis
The anime's setting is a fictional Japanese city named Sugomori City. One day, Noriko Sonosaki tells her classmate Katsuhira Agata, "You have been selected to be a Kiznaiver." The Kizuna System, which allows Katsuhira to share his wounds, connects him to the classmates whose lives and personalities completely differ from his. The Kizuna System is an incomplete system for the implementation of world peace that connects people through wounds. All those who are connected to this system are called Kiznaivers. When one Kiznaiver is wounded, the system divides and transmits the wound among the other Kiznaivers. Sugomori City is built on reclaimed land, but as the years go by, the city's population is decreasing. The story is set in this town where Katsuhira and the others live. (Source: ANN)

AL19 said:
Sounds pretty cool. I might check this out.

Now that sounds cool and different. will definetly check this out!

I love taking chances with Original animes. This has perked my interest. I will watch when it comes out~

Good to hear, hopefully this will be better than KLK.

If Kill la Kill didn't save anime, this probably will :O

Here's to hoping that it will be full of fanservice :P but seriously though with all those big name; it could at least build up hype. 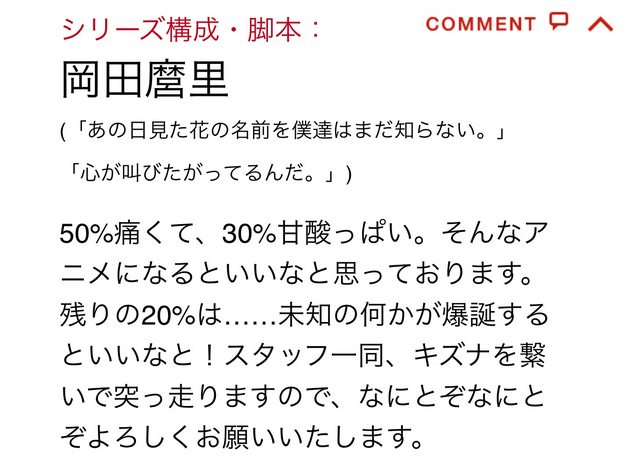 What does it say?

Something like this will be composed of "50% suffering, 30% bittersweetness and 20% excitement to make your hearts explode".

oh great it will be edgy af

Trigger has been going downhill lately. Hope it's as good as Kill la Kill and Little Witch Academia.

hopefully this will be better than that trash Kill la Kill :/

The plot premise seems super interesting, it's a mixed gender cast and Okada Mari is the writer!!

I am SO HYPED. I hope this airs soon!

Trigger about to save anime again.