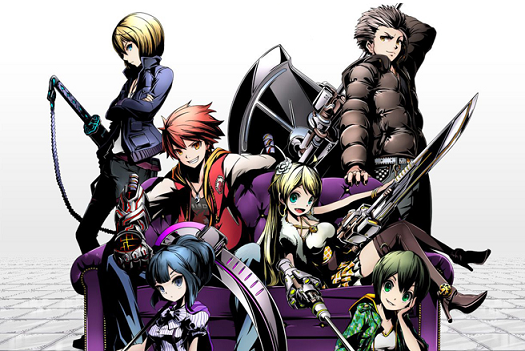 An announcement made at the GungHo Festival 2015 event and on its official site revealed that Acquire's Divine Gate iOS and Android app will be getting an anime adaptation. The event also included artwork for four main characters in the story. These include Akane (fire), Aoto (water), Midori (wind), and Arthur.

Acquire Co. and Gungho Online Entertainment launched the game on September 30, 2013 for Android devices, and for iOS on October 10, 2013. The game follows an RPG format where players explore various dungeons, solve problems, and take on bosses. There are over 1000+ characters in the game which include crossover characters from series such as Steins;Gate and Dangan Ronpa. As of now, there are currently over 4 million registered players. 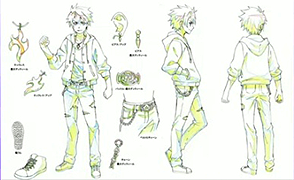 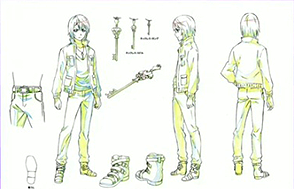 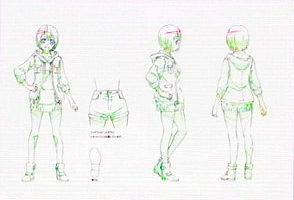 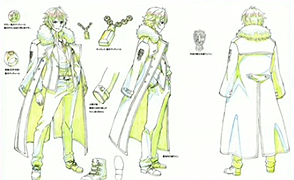 Looks interesting but not expecting much to avoid disappointment.

FukuSencho said:
HaXXspetten said:
Ephemer4l said:
Honest question. Has there ever been a successful game adaption? (Not including visual novels).
Shingeki no Bahamut

Sad truth. Not that it's any good, but I'll agree with successful, considering the download numbers at the time it was airing.

I'm not sure what I'm supposed to feel for this. I hear 'game adaptation' and I want to cringe, no matter VN or actual game. Tentatively agree to look out for information regarding it, but it seems mediocre at best.

I thought SNB was okay (but not great), but it would have been more potential if they went with a main storyline that doesn't involve protagonists stopping the apocalypse. The first half of it was more fun when it was just adventuring and Bahamut wasn't in the big picture yet.

The CGI dragons looked silly though. Should keep them 2D imo.

Maybe not another Vampire Horumusu :/

Meh, could be decent at least.

Art style of the picture is very similar to Dangan. Which is good in my opinion + The characters look kinda cool to me. I hope that it turns out to be somewhat good

Honestly even the game looks bad.

The character design looks pretty neat, I hope it's as good as some of the recent game adaptations (Shingeki no Bahamut etc.) Since a lot of game adaptations turn out pretty bad (Blade and Soul.)

Looks like Danganronpa + Kagerou Days with big weapons. Looking forward to how bad it is.

I did contemplate whether I should play it sometime because I thought I recognised one of the artists (?), but didn't think it would be worth it in the end, so being able to just go with the adaption is convenient for me.

ToG25thBaam said:
Looking at the picture, it reminds me of Danganronpa.

This could be cool, but I doubt it would have any noteworthy story.

Fun fact:The game is having a Dangan Ronpa Collaborations right now.
if you are able to get this game I highly recommend it, it's also the thing that uses the most of my battery life

Anime from a smart phone game? Must check!

The character designs are pleasant, and I think I've heard of the game before. Not sure if I'll jump on board, though.

Sounds interesting, but I'll wait to see which studio is going to take it before deciding whether it would be worth watching...I would rather not watch more cardbox animation...

Eh, I'm probably gonna pass. I'm not all that intrigued.

Game adaptations don't usually go well... Show By Rock!! from this season is pretty rad though, so I'll keep an eye on this one, especially when we learn more about the studio.