by Stark700
Mar 12, 2015 12:34 AM | 185 Comments
It has been revealed that manga Monster Musume no Iru Nichijou will be getting a TV anime adaptation set to premiere in Summer 2015. The announcement will be made on the wrap-around jacket of the manga's seventh volume, to be released March 13.

Okayado posted the initial concept for the series as a one-page comic on the adult Pink Channel bulletin board in 2007. After growing in popularity, a one-shot version of the webcomic was published in Comic Ryu's 2011 Kemomo anthology (vol.2). In March 2012, it was promoted to a full series and is currently serialized in Monthly Comic Ryu.

The manga was licensed by Seven Seas Entertainment as Monster Musume in 2013, and the first five volumes all charted on the NY Times Manga Best Sellers list. Volume 6 was just released in North America on March 3.

Synopsis
In a modern world, similar to our own, monster girls have existed in secret alongside humanity—that is until the "Interspecies Cultural Exchange Act" is revealed by the government. Under this bill, these supernatural girls get to live with ordinary families like foreign exchange students. Kimihito Kurusu, a normal student living peacefully with his parents, is unwillingly involved in the program when a lamia named Miia is delivered to his home by mistake. It isn't long before even more monster girls begin taking shelter in Kimihito's house, turning his everyday life upside down.

I am looking forward to this.I enjoy the manga.Hopefully this is uncensored.

MC is technically in college... Don't think there's even been one scene throughout the whole manga run that is set in a school of any sort tho :/ Bad tag. Bad.

MC is also on the short list of "Male Lead Who Does Not Have Rocks Instead of Brain Matter in His Head", DOES have a pair and reacts appropriately to extreme situations, is quite aware of how interested the harem members are and is actually trying to give serious thought to making a choice from among them to propose to... IMO, his role is basically the hope that honest/earnest/nice guys don't always finish last and have a chance at getting a piece of tail. >;-)

Yes, it's a silly premise (I think it was Vol.3 that actually had a sticker on the cover saying something like "800,000 sold - Japan what's wrong with you?") and I'm expecting ToLoverRU+Terraformars level/quality censorship, but the manga is a fun read so I'm hoping for good things from the anime even though the cast listed are not anywhere near the "dream team" of seiyuu my anime group came up with. XD

* Given the rate of new cast introductions in the manga (about 1 per volume after the initial trio is established), I'm hoping that the anime only covers about 3 volumes. Anything more than that will be too high-paced and will only end up in heartbreak for the girls' fans since no one would get enough screen-time to actually develop anyone's characters for those who haven't read the manga.

hazerddex said:
TheNaturalPerm said:
just the same old ecchi harem with 10 girls living at a highschool guy's house...
but they're monster girls so its totally innovative and fresh woaaah!
the guy is not in highschool and i think hes around 20 years old nice try tho also theres 7 currently not 10
The moment when someone tries to make sarcastic comments without even reading the synopsis...

TheNaturalPerm said:
just the same old ecchi harem with 10 girls living at a highschool guy's house...
but they're monster girls so its totally innovative and fresh woaaah!
the guy is not in highschool and i think hes around 20 years old nice try tho also theres 7 currently not 10

The hype is real on this one

Holy Jesus, this is actually happening. I hardly even read Manga and even I knew how famous this title was.

I guess it was only a matter of time, despite it's "unique" tropes.

i heard project IMS is doing this

In case there exist people who don't know,the manga has this kinda "plot" (NSFW,i guess):
[spoiler] 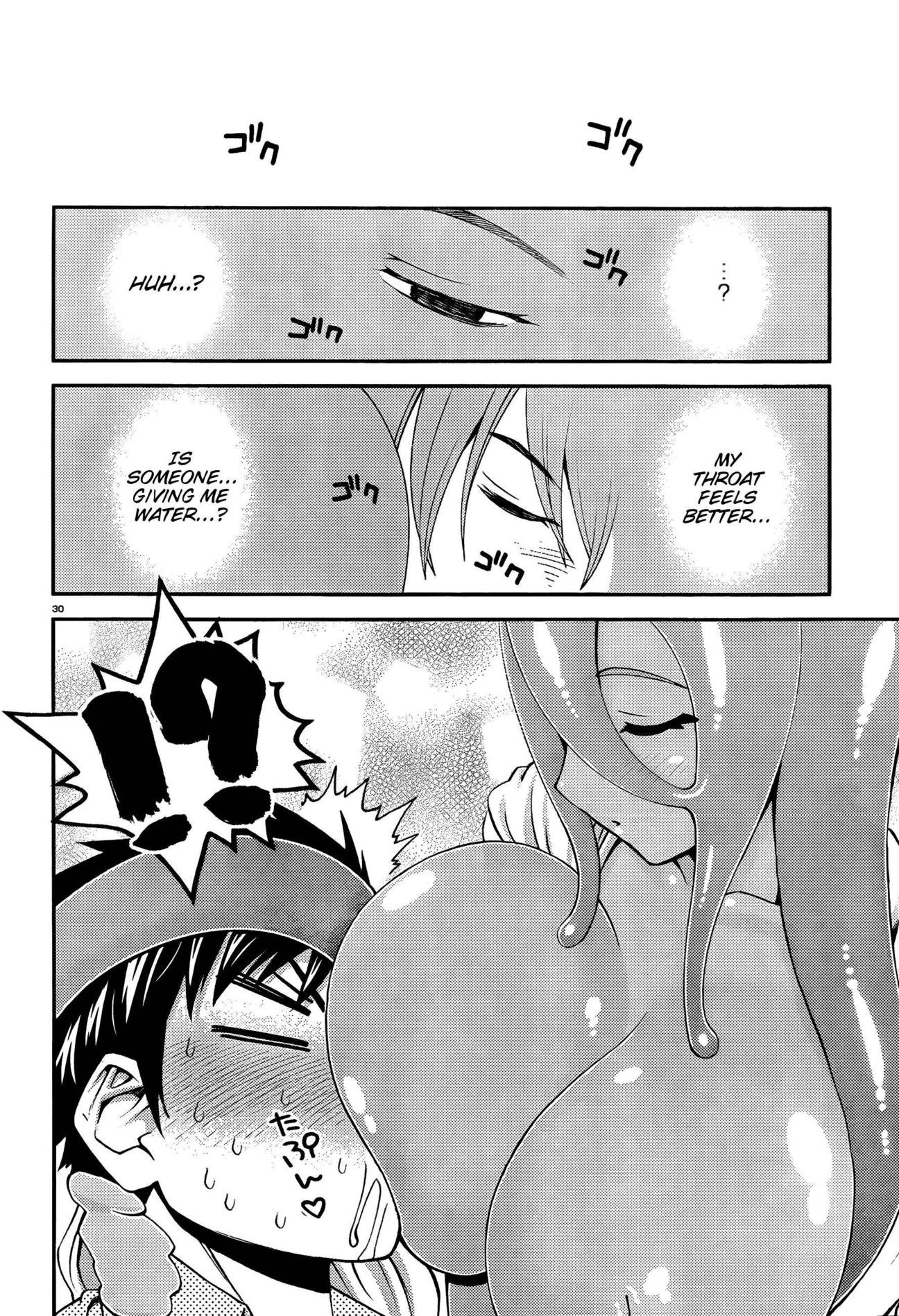 Well I hope the censorship doesn't ruin it.
At least it won't turn out to be unpleasant for the eyes.

ainky said:
With all that shitty ecchi harems nowdays this is actually pretty good. I just hope they don't ruin it with too much censorship.

Usually if there's a requiring of censorship in mass numbers, chances are there won't be much to really get excited over unless you're a horndog.

Wow fantastic! I hope it'll run long enough to introduce some of the best characters.

I can already predict this being a total fail.. manga is average but won't translate to anything decent on the screen.

Powered through the manga. I predict a lot of censoring for this one.

With all that shitty ecchi harems nowdays this is actually pretty good. I just hope they don't ruin it with too much censorship.

worldeditor11 said:
Will the MC get raped by a tentacle girl?

Nope! In fact, he quite humorously says somewhere in an earlier volume that "nobody is here to watch a guy get molested by a slime monster". ;-)

(And that slime monster was quite similar to a tentacle monster. )