Seiyuu and Actor Dan Tomoyuki Passes Away at 50 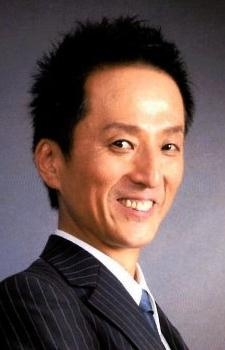 According to a blog post by the theater troupe Seinenza, Dan Tomoyuki, who is best known for voicing Asher Chronicle in MS Victory Gundam and Hoshigaki Kisame in Naruto, passed away on October 10th at the age of 50 due to a relapse of aortic dissection. He is survived by his wife and son. Dan Tomoyuki started acting in TV dramas in the '80s and undertook a broad range of activities ranging from acting on stage to voice acting for western movies and games. He made debut as a seiyuu in Victory Gundam and followed up with voicing various supporting roles until this year. His last work in anime is Genei wo Kakeru Taiyou, in which he played Honda Koujirou, a company president fallen on hard times.

R.I.P. Dan Tomoyuki-san, One of the best seiyuu i've known.

Everyone should watch Suite Precure as a way to remember him.

R.I.P One of the creepiest doctors in Kamen Rider history (Isaka Shikuro AKA Weather Dopant from Kamen Rider W).

wow damn i am going to miss his voice. RIP

I'll miss kisama voice ;_; no one can replace it

Gundam VAs have it bad. They keep passing away. That's not fair ;_; RIP Dan Tomoyuki

Well that is sad. Glad I saw his last performance as Honda in Genei even though it was a sad role to play as his final one. Too young, too bad.