Ah the rom-com, a much dreaded genre by some people (mostly manly boyfriends). Known for being extremely formulaic, the romantic comedy usually centers around star-crossed lovers who start off hating each other. Everyone knows, however, that by the end of the movie and some funny twist of fate, they will have realized they loved each other all along. It's been done to death on the big screen, usually to the same tune.

However, with anime (as usual), the formula is often rewritten to spectacular results. Throw in a robot or a supernatural twist, or simply rely on time and multiple episodes to make the romantic turn more believable. Either way, anime has produced some pretty touching, authentically funny romantic comedies. These are the top 12. 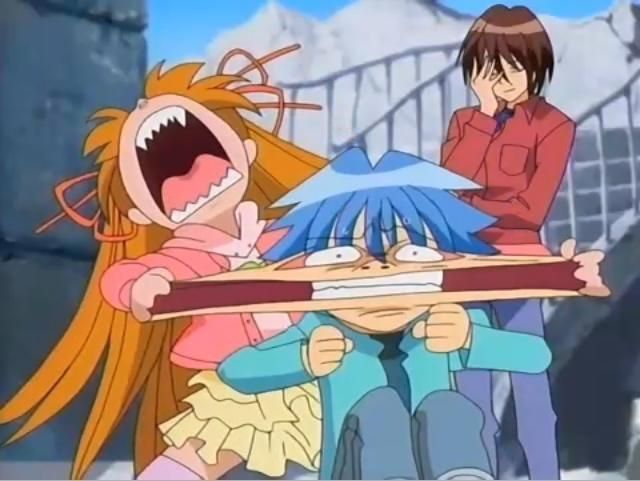 Often overlooked as a quality romantic comedy, "Mamotte! Lollipop" is actually an extremely pleasant ride. With the bright colors and chibi-type animation used, it is beautiful to look at and easy to enjoy. The story begins with Nina mistakenly swallows an object called the Crystal Pearl while enjoying a dessert. It turns out the Crystal Pearl is actually the target of a test for wizards, and now every wizard from the local academy is after her to get that pearl. Two of them, Zero and Ichii, team up to protect Nina, and a cute love triangle forms as they face the challenges of each episode. 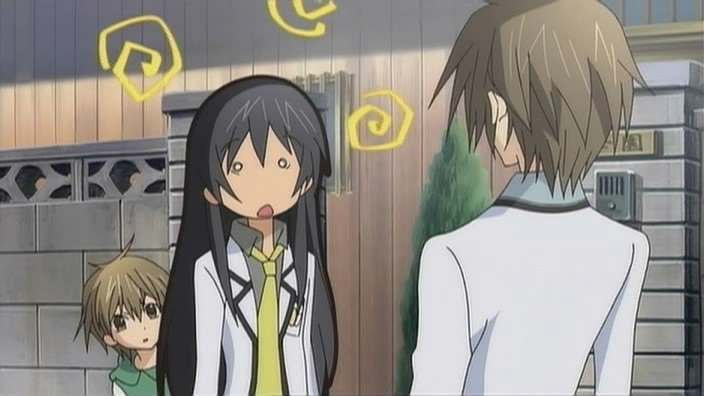 "Special A" is, in a word, special. Slightly underrated, this anime focuses on Hikari Hanazono and Kei Takashima, two characters who have known each other since childhood. Ever since their first meeting, they have been locked in an intense competition with one another over everything. They both grow up to be members of the "Special A" class at their high school, made up of the most elite students. All the while, Kei is secretly harboring romantic feelings for Hikari, and every time he thinks she might have found him out, it turns out that she has totally misunderstood. Although it may sound like it follows the exact same formula as any other rom-com, the addition of the other members of the Special A class add a refreshing buffer to the drama. In addition, the episode-by-episode misunderstandings never grow stale. Rather, they add to the comedy and enhance the anticipation for the final episode. 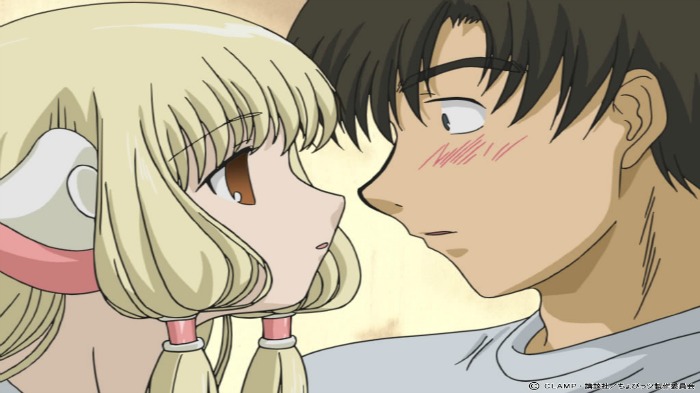 "Chobits" may seem a bit old in comparison to some of the other anime on this list, but it deserves a place in any "all time" rom-com list. Hailing from a manga created by well-known, all-female writing group Clamp, "Chobits" features on an oft-asked question in the romance world. Can human-like robots ever develop human emotions? In this anime world, persocoms are the new fad - personal computers which take the shape and appearance of humans. Hideki Motosuwa has never had a persocom, until he finds one on the street one day. She can only speak the word "Chii," and eventually adopts it as a name. Hideki begins to wonder if Chii might be a Chobit, a rumored type of persocom which can develop human emotions. If she is, where can this lead? Will Chii and Hideki ever be able to be together? 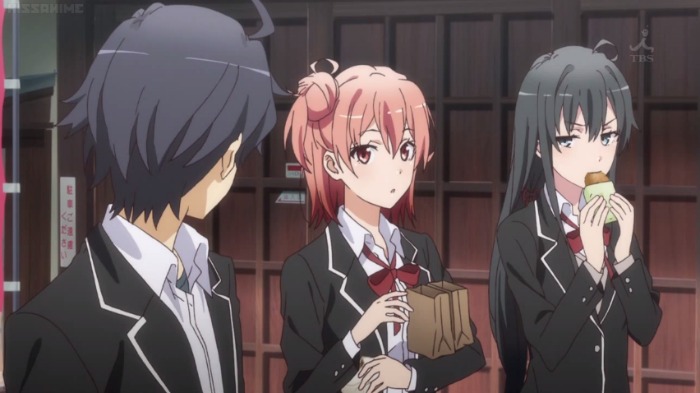 Hachiman Hikigaya is a high school boy unlike many of the others mentioned throughout this list. While the rom-com is often characterized by the shy or chivalrous boy, Hachiman is more of a pessimistic cynic. He firmly believes that all the bubbly, happy parts of high school are not real, and that most people are simply faking their way through. When he writes an essay about these feelings, his teacher decides to force him to join the Volunteer Service Club as a punishment (or lesson?). There, he meets the only member of the club, Yukino Yukinoshita, a beautiful girl who is somewhat shut out from others because of her looks. Together, they form an unlikely understanding, which they use to help the various people who come to them for the aid of the Volunteer Service Club. 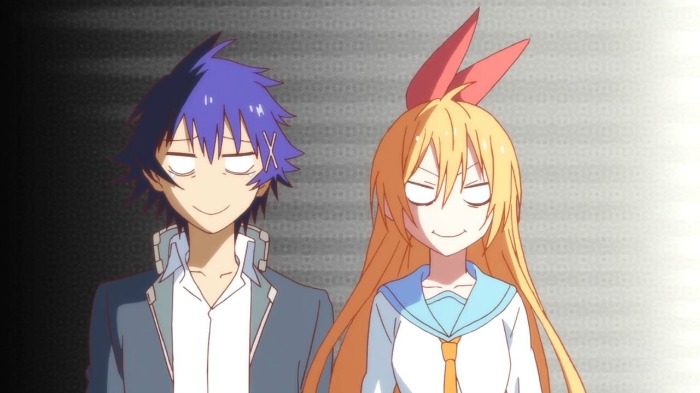 "Nisekoi" seems deceptively simple at first. Rake Ichijou is a high school student pining after a lost love from ten years ago. He also happens to be the son of a major yakuza boss in his city. As a child, Raku and a young girl met and promised to marry each other one day when they met again. Raku kept a locket as a keepsake of the relationship, the key to which was kept by the young girl. In the present day, Raku still wears the locket and waits to be reunited with the girl who holds the key, secretly hoping it's his secret crush, Kosaki Onodera. When Chitoge Kirisaki transfers to Raku's school, they immediately become enemies, only to discover that their fathers intend for them to marry! One by one, women slip into Raku's life, several of them likely candidates to be his lost love. How -and who- will he choose? 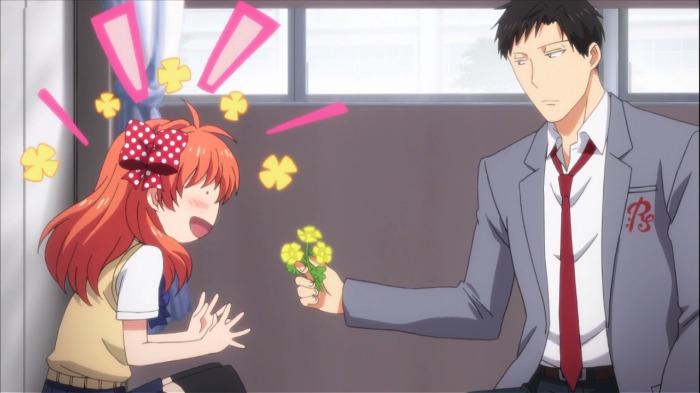 Relying on the hilarious results that so often come of misunderstandings, "Gekkan Shoujo Nozaki-kun" is a rom-com for the ages. The main character, Chiyo Sakura, is head-over-heels in love with a boy at her school, Umetarou Nozaki. Unfortunately, Nozaki is completely unaware of her feelings. When she finally decides to approach him, she is confused when he hands her an autograph. When she tells him she "always wants to be with him," he takes her home and has her begin doing some strange drawing work for him. Eventually, Chiyo realizes that Nozaki is actually the famous shoujo mangaka Sakiko Yumeno, and she has now become his assistant! Through her connection with Nozaki-kun, Chiyo meets many other people who make up the diverse cast of characters in this anime, and she keeps hope alive that one day Nozaki will understand how she feels. 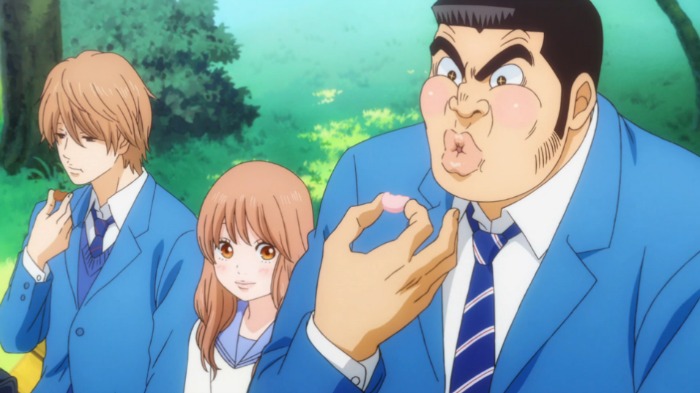 A fairly recent anime, "Ore Monogatari!!" draws from the tale of "Cyrano de Bergerac" at its roots. Takeo Gouda is an unconventional high school student, tall and muscular, and even animated differently from traditional anime standards. Unfortunately, his appearance often repels the opposite sex. He is also unconventional in his personality. Takeo is extremely kind, considerate, and chivalrous. His chivalry comes into play when he rescues young Rinko Yamato from an attempted molestation. Naturally, he falls for her, but he soon starts believing that Yamato may have feelings for his best friend, Makoto Sunakawa, who is classically good looking and constantly chased by girls. Truly selfless, Takeo decides to play matchmaker for his best friend and new love, unaware what the future consequences of his actions may be. 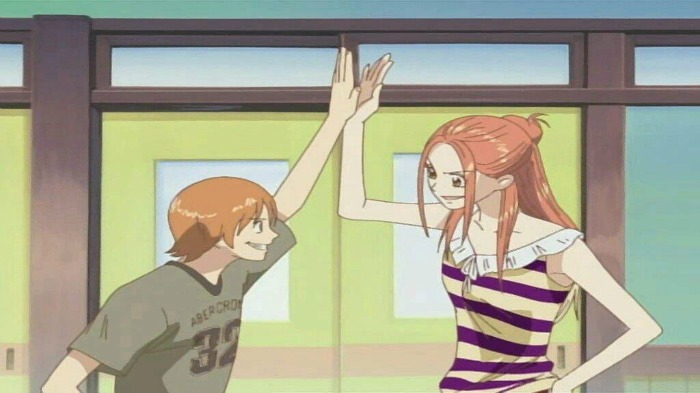 Risa Koizumi is a high school girl in Japan who does not fit in, mostly due to her height. While the average Japanese woman measures in at around 5'2'', Risa reaches a whopping 5'8''. Due to her height, she longs for a boy she can see eye to eye with (literally). When she chooses one, Ryouji Suzuki, things quickly go awry as Ryouji falls for another girl in their class. Atsushi Ootani, who shares Risa's problems with love, befriends her over their mutual problems. They end up making a bet with each other as to who will be able to find love first. The benefit for Risa is that it's all safe, because Atshushi is much too short to ever draw her interest at 5'1"...right? 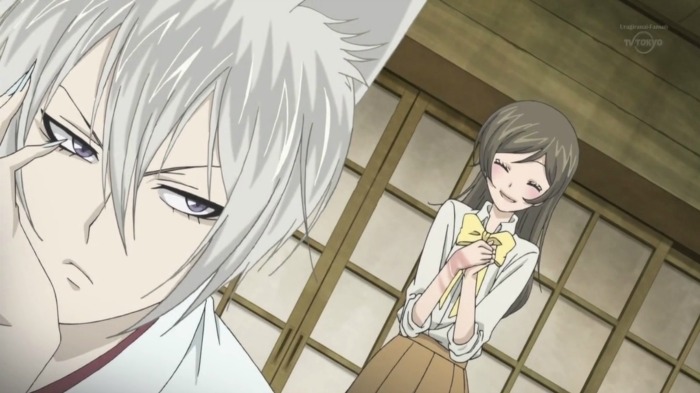 When Nanami Momozono suddenly finds herself homeless, she isn't quite sure how to deal with her situation. However, as chance would have it, she runs into a strange man in the park and helps save him from being attacked. In return, he kisses her forehead, and offers to give her his home. Without providing much more information than that, he leaves. Nanami discovers that the home is a shrine, and to her surprise, she is now the new god of this shrine. Along with her new powers and responsibilities, she receives a yokai familiar by the name of Tomoe. Tomoe is a grouchy fox demon who seems to have no interest in helping Nanami at first, but once the contract is sealed with a kiss, he has no choice but to serve her...and maybe even like her. The supernatural aspect keeps things interesting, and the ever positive Nanami lends this anime a brisk, enjoyable pace with plenty of laughs. 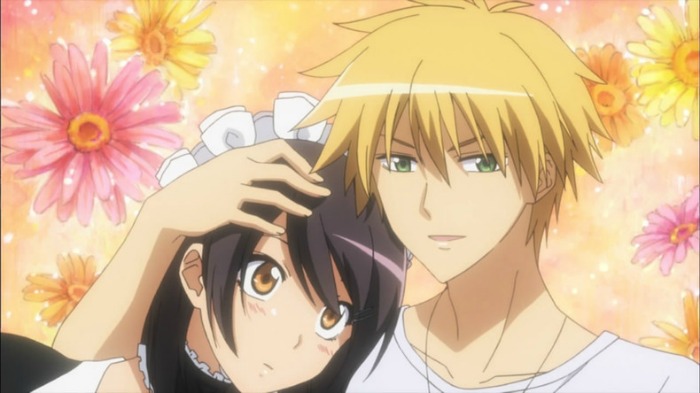 "Kaichou wa Maid Sama" centers on high school student Misaki Ayuzawa, who is the first female student body president of her high school (recently turned co-ed). Misaki is known for being extremely strict, particularly with the boys, and usually in defense of other girls. Misaki's secret is that she works outside of school as a maid in a Maid Cafe, due to her family's financial situation. When the most popular boy at school, Takumi Usui, discovers her secret, she must do what he asks in order to keep him from telling everyone about what she really does when no one is looking... 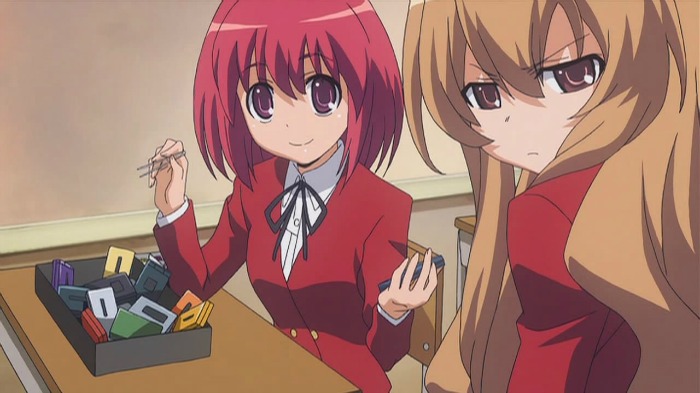 "Toradora" is another anime that centers on appearance, but in a much bigger way. Main character Ryuuji Takasu is the kind boy who loves doing housework, but his outward appearance is somewhat thuggish. Co-protagonist Taiga Aisaka is a girl who seems small and cute, but is actually feisty and rather dangerous. Other characters in this anime also share similar misjudgment problems based on their appearances. When Taiga and Ryuuji discover that they each have crushes on the other's best friend, they decide to help each other out in their romantic endeavors. But who really belongs with who? There are plenty of laughs and dramatic moments along the way as these two friends discover more about each other. 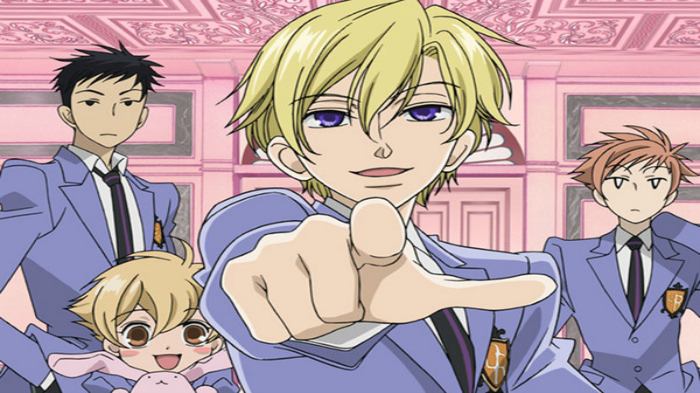 Haruhi Fujioka is a bright student attending the elite Ouran Academy. She doesn't quite fit in there, as she is not very wealthy, nor part of a high-ranking family. She slips by generally under the radar. One day, after wandering into a music room and breaking a very expensive vase, she is thrust into the company of the Ouran High School Host Club, a group of boys that play host to the girls of the academy after school hours. They mistake her for a boy and force her to join the club in order to repay them for the vase. Each host has a vastly different personality, which gives the show its abundantly pleasant personality and tone. Even after the host club realizes Haruhi is a girl, they allow her to stay on as a boy to repay her debt. The only mystery is whether or not she'll find time for love along the way, and who exactly is in love with her.