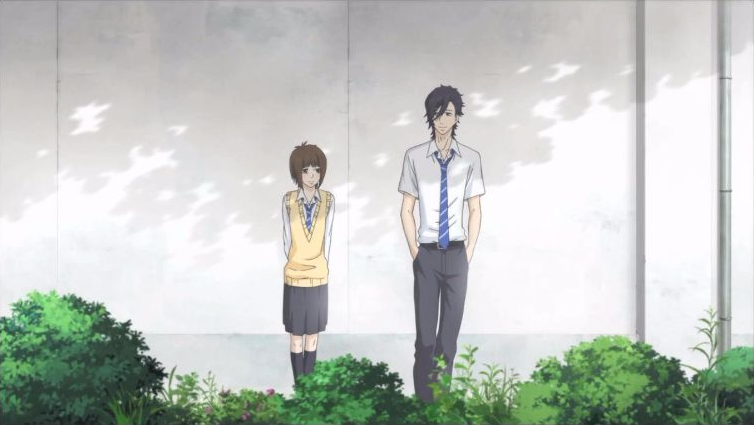 We love the thrill of the chase. Just look at how many romance anime focus on the protagonist trying to get the girl/guy, or on the love triangle before the protagonist chooses a waifu, or just about two people growing closer before turning into a couple. Point is, most romance anime don't actually focus on the relationship. Once the couple is established, the series ends, and we move on to a different anime featuring fresh faces.

But there are some anime out there that gloss over the courtship phase, and dive right into the relationship. What happens after the confession? What does "happily ever after" look like, through the lens of anime? The anime below focus exclusively on couples already in relationships, and offer an interesting look into the bonds -- and troubles -- between two people who decide to share a life together. 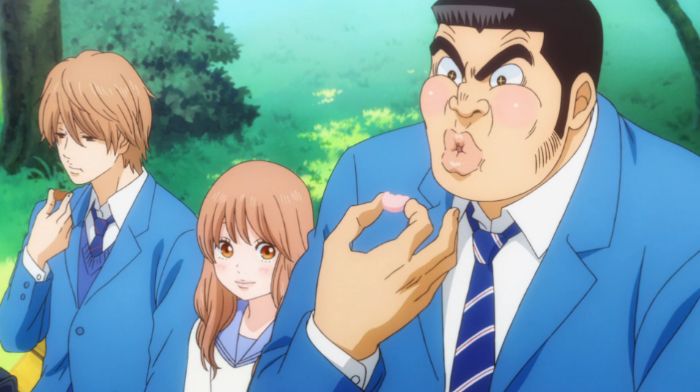 One of the most recent examples of romance anime that focus on the relationship is My Love Story. This romantic anime follows the story of the large (and largely misunderstood) Takeo Gouda and his budding relationship with possibly the sweetest girl in the world, Rinko Yamato. The first few episodes show how they meet and become a couple, but the majority of the anime is about the development of their relationship once they're already involved. It's a new experience for both of them, since Rinko is so innocent, and Takeo has always been overlooked by girls in favor of his extremely attractive best friend. Despite how green they are, Takeo and Rinko meet all challenges head-on, as their story takes them through the ups and downs of a first relationship. Nodame is not the first romance anime to explore a relationship in terms of music. Where it's unique is in the realistic portrayal of the classical music world, and the relationship between the main protagonists. The two learn how to count on one another, how to remain faithful to their love, and to keep the bond between them strong despite spending time apart. It's a beautiful story about two people learning to love each other in spite of life's many obstacles. 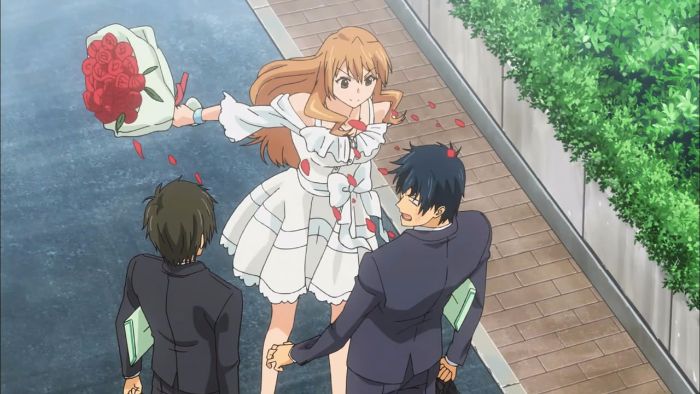 The premise for Golden Time hinges on the protagonist's amnesia, which is as cliche as it gets. But the series manages to spin the lost memories into the narrative of two young people struggling to make a courtship work. After losing his memories in an accident, Banri Tada enters a relationship with Kouko Kaga. Despite being happy with her, he is haunted by glimpses of old memories with another girl. What's more important: making the present work, or bringing back the past? Throughout the series, Banri struggles to reconcile what he has now with what he could have had. 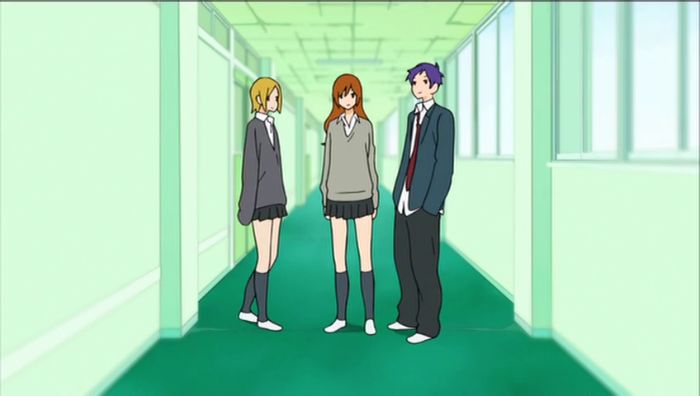 We all wear a different face in public. In school, Kyouko Hori is a flashy girl, with her hair and makeup always done nicely. Meanwhile, Izumi Miyamura is a boring, unremarkable high school boy. But at home, both let their other sides out: a caring family girl who wears no makeup at all, and a wild but gentle outcast with many piercings. A chance encounter reveals their secret private identities to each other, and instead of being repelled, they are drawn together. As the two become a couple, the anime sheds light on the differences between how we are perceived, and who we really are. 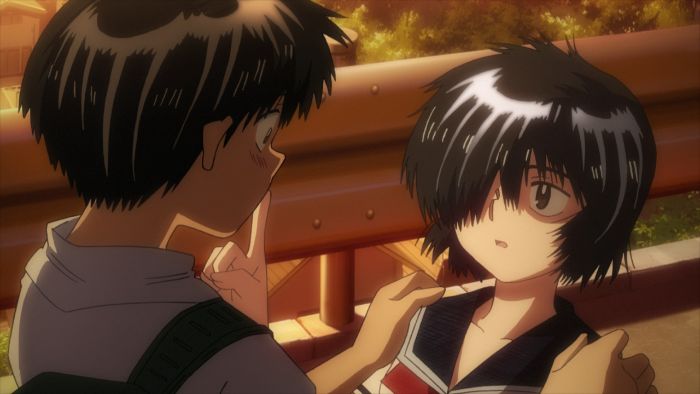 You wouldn't expect a relationship based on drool to work, but that's anime for you. If you can look past the drool, you'll find a pretty great romance anime in Nazo no Kanojo X. Full of symbolism and fresh feelings, this anime is a new take on everyone's cringe-worthy first relationship.. Instead of falling back on tropes, the characters in this anime have realistic personalities, full of contradictions and eccentricities. There are awkward moments, and strange situations, and it's all wonderfully reminiscent of what it's like to have your first real relationship. Though maybe with more drool than usual. 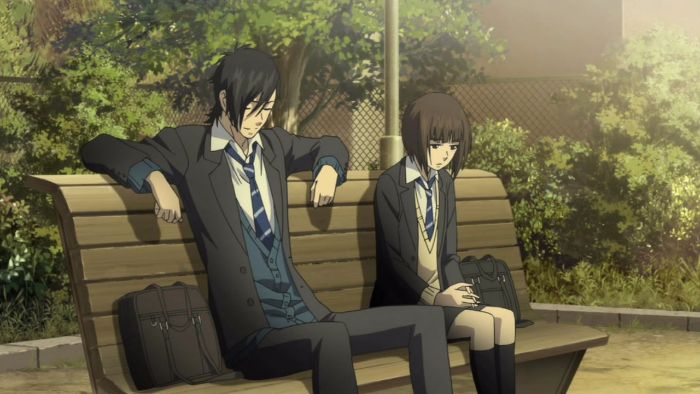 Just because you're in a relationship with someone, doesn't mean you can express your feelings to them. Words have power, as Mei Tachibana learns when she meets the charismatic Yamato Kurosawa and promptly falls in love with him. As the two develop a relationship and become closer both emotionally and physically, Mei finds it hard to tell him just how much he means to her. Although this anime focuses on a relationship, it still builds up to a confession that hasn't quite happened yet. 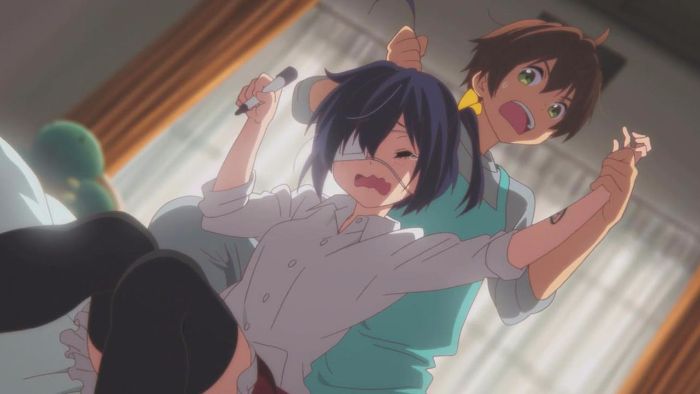 The quirky cast of Chuunibyou return for a sequel, and this time their relationship is established from the beginning. Rikka Takanashi and Yuuta Togashi are now living together, which comes with its perks… and disadvantages. Strange personality quirks and delusions are adorable, as long as you don't have to deal with them every single day. What kind of effect will living together have on the young couple? 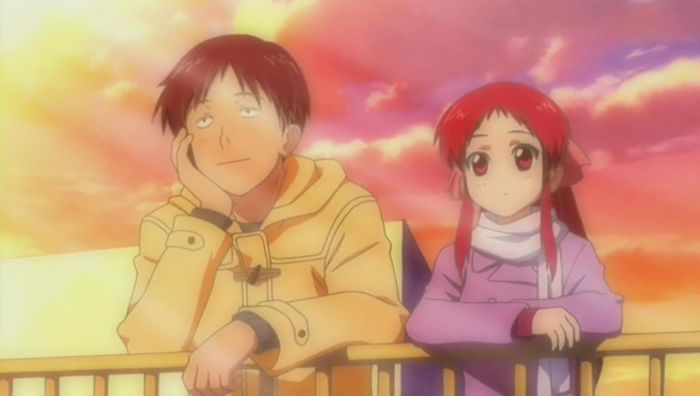 Rec occupies a middle ground between friendship and a relationship. After an unplanned dinner and a movie, the two protagonists are thrown together by fate yet again when a fire forces them to move in together. As their friendship develops into a relationship, they remain in that gray area past "just friends" but before "lovers." Living with someone is one of the best ways to get to know them. But jumping straight into it after one date? Maybe that's not such a good idea... 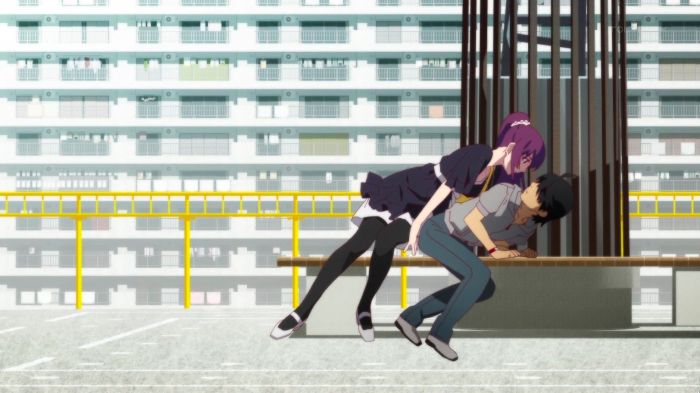 Bakemonogatari is a monster girl of the week anime, so not strictly a romance anime. We felt it deserved a mention though, for placing the main character into a relationship within the first few episodes. Few harem-like anime do that right off the bat, instead preferring to let all the girls swoon a little first, or for the relationship to develop naturally (here's looking at you, Sword Art Online). But Bakemonogatari, a generally unique anime, doesn't beat around the bush. Hitagi Senjougahara decides that she and Koyomi Araragi should be a couple, and so it is. You don't mess with a girl who knows how to use a stapler in combat. 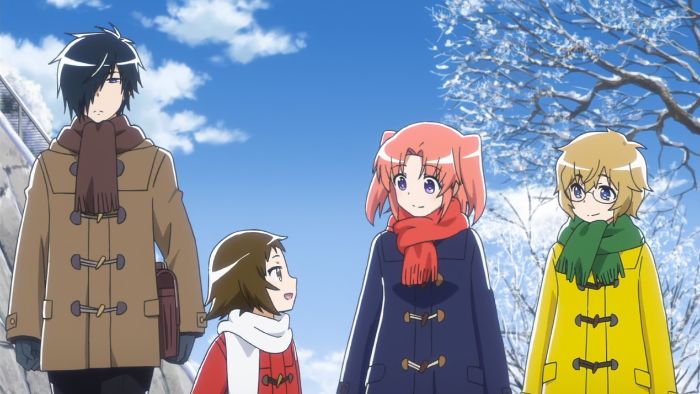 Not all relationships are organically created. Some are arranged, and despite what should by all accounts be a recipe for disaster, the characters grow closer throughout the anime. In Engaged to the Unknown, two characters are thrown into a relationship when an arranged marriage is revealed. Despite having little in common (and little desire to marry a stranger), the 16-year-old protagonist Kobeni Yonomori is determined to make the best of this situation. As they spend more time together, she and her betrothed learn what it means to be together, and what it will take to make their relationship work. 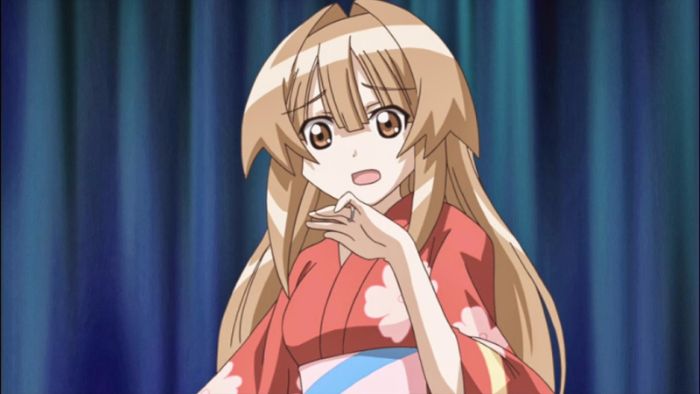 My Bride is a Mermaid is another "arranged marriage" setup, but this one doesn't take itself too seriously. Nagasumi Michishio is just an ordinary high school boy, until he is saved from drowning by the beautiful mermaid girl Sun Seto. By mermaid law, this means one of them must now die -- unless he becomes engaged to her. Naturally, there's only one right thing to do, which leaves Sun and Nagasumi engaged shortly after their first meeting. Among all the silliness, shark people, and mermaid mobsters, hides a heartwarming story about two people doing what they believe is the right thing to do. Of course, it helps that Sun is a sweetheart and Nagasumi has a good heart. What begins as a chance encounter develops over time into a wonderful relationship (with insane in-laws). 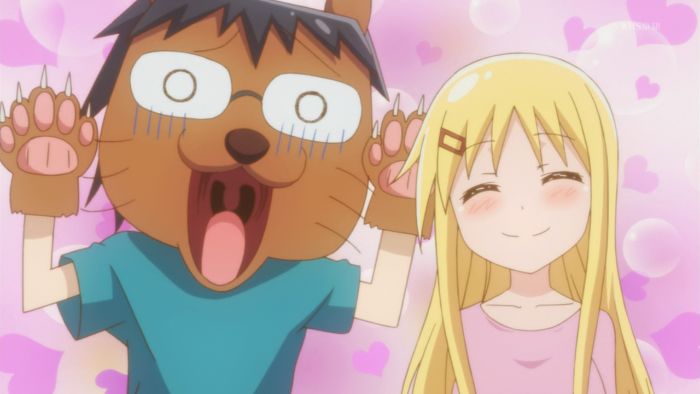 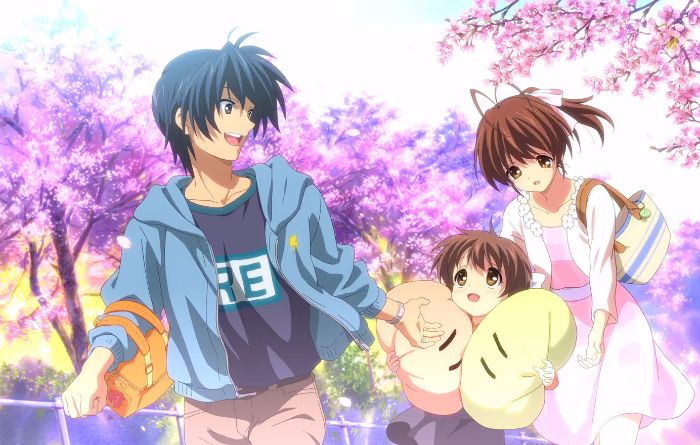 Clannad: After Story offers another rare look at the bonds of a relationship after marriage. This series serves a sequel to the beloved Clannad, which showed the story of how this couple got together. After Story takes the story a step further, and sheds a light on the more mature problems of adulthood, family, and marriage. It's a worthy followup to the original series, just as full of drama and relationship struggles.