Mankind has always had an innate fear of what could be lurking in the dark. Creatures you cannot see coming, and ones you would never think to defend against because they look oh so human. Some vampire anime feature monsters who long to be men while others only view humans as their next meal.

It's slim pickings when it comes to great vampire anime, so check out what we've come up for you below so you don't have to waste your time sorting through all the duds!

Have a Bloodsucking Good Time With Our Vampire Anime List

15. Dance in the Vampire Bund 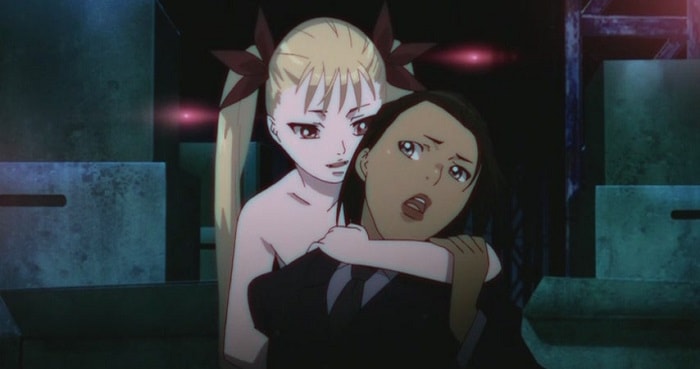 Mina Tepes is the leader of all vampires and decided, “You know what? We should go public.” So she pays off Japan’s national debt and gets a man-made island built off the coast of Tokyo for her people to live in. Not everyone, human or vampire alike, is happy with this decision and it is up to Mina and her werewolf bodyguard Akira to keep the peace as best they can. 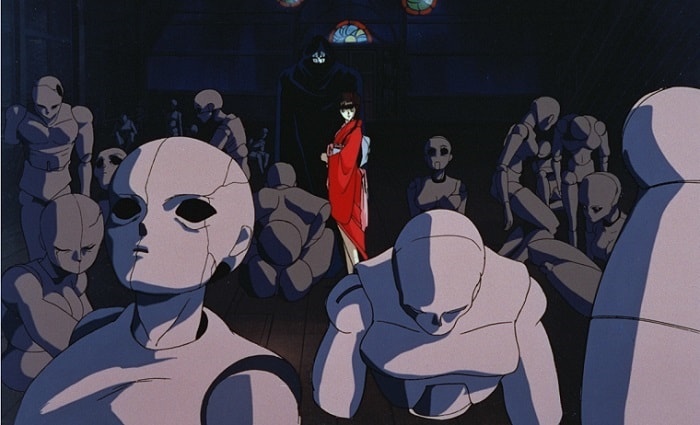 Shape-shifting monsters known as Shinma roam the Earth, disguising themselves as humans to take victims and unleash other evils. Only a Chosen One who walks the line between light and dark can destroy the Shinma and that person is Miyu, the Vampire Princess. 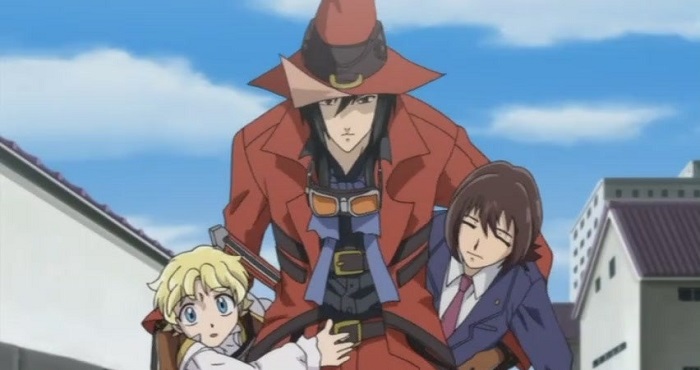 Ten years ago a hero earned the name Silver Blade by striking the final blow against the leader of the evil Kowloon Children. Black Blood Brothers features both good and evil variants of the undead, with the evil vampires leaderless but not gone and seeking to penetrate the barrier protecting their uncorrupted brethren. 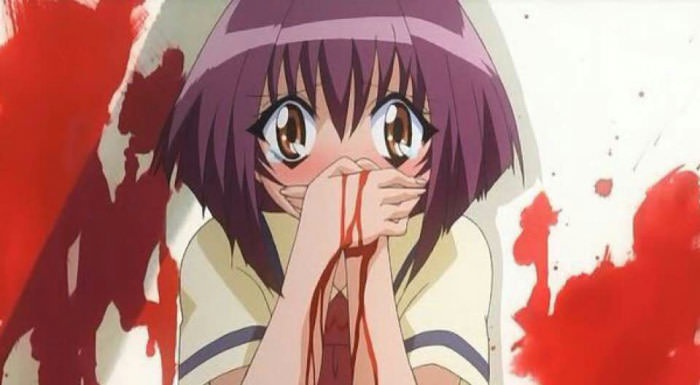 Most vampire anime features the creatures of the night drinking blood, but the unique Karin Maaka produces too much instead of not enough. Instead of taking blood she must give it to her “victims” in order to remain healthy. Her routine changes when a new boy at school catches her attention and makes her blood rush for a whole other reason. 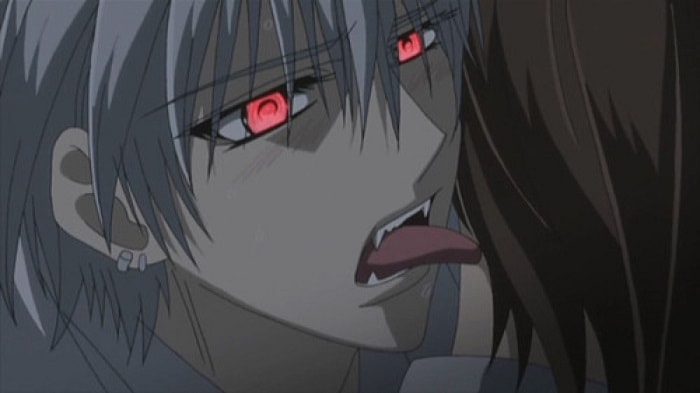 Cross Academy is a boarding school divided into two Classes, Day and Night. And if you guessed the Night Class is really a group of bloodsuckers, you are correct! As this is the first real attempt to make vampires and humans co-exist, it will not be easy to keep the peace at the academy. 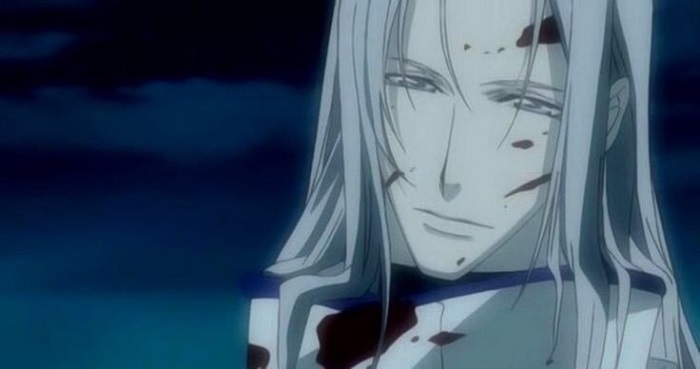 In the future, Armageddon has come in the form of a war between the living and the dead. But this war is not divided solely by species; Abel Nightroad is a vampire who fights his own kind for the Vatican. With his new companion Rose at his side, the duo soon finds that the only chance of ending the war rests with them. 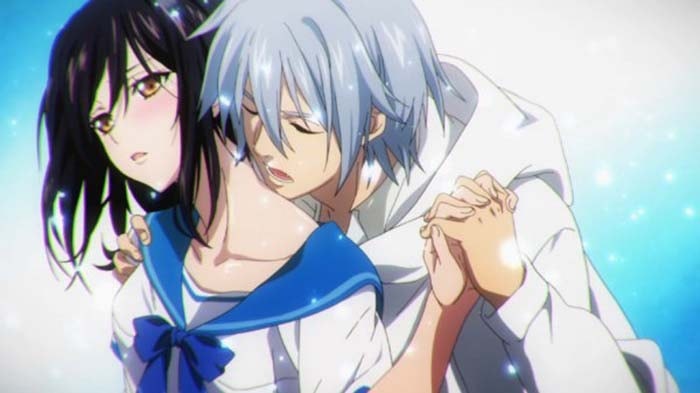 The legends of Itogami City, where humans and demon co-exist, speak of the Fourth Progenitor, a legendary vampire who is said to wield unimaginable power. So Kojou Akatsuki, formerly a normal human high school student, finds himself a tad bewildered when he becomes the Fourth Progenitor and develops a following (see: harem) of young ladies. 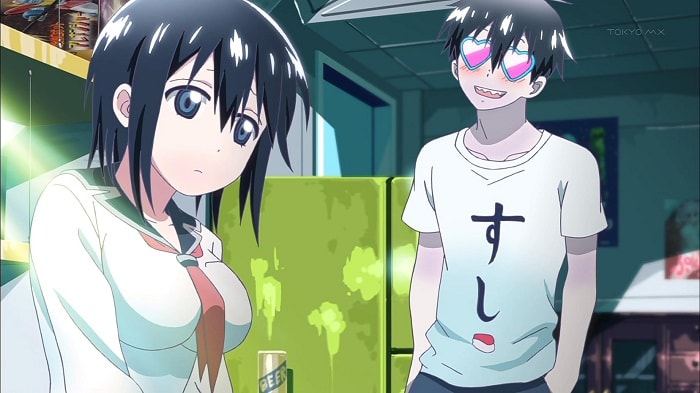 Do you ever find that people think you are a monstrous and unforgiving villain, when really you just want to spend your days as an otaku? Welcome to the life of the powerful vampire Staz Charlie Blood. When a Japanese girl, Fuyumi, accidentally walks into the demon world, he is happy to have someone from the land of anime to talk to. But when she is killed, he must travel to the human world, with Fuyumi in tow, in order to revive her

7. Owari no Seraph (Seraph of the End: Vampire Reign) 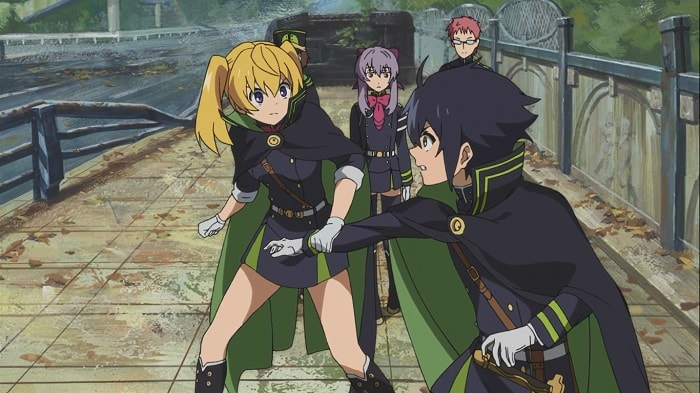 A mysterious illness kills everyone older than 13 and vampires come out of hiding to take over the world - that is the basic premise of Owari no Seraph. Not all of the kiddies are happy with life as livestock and some are determined to take up the sword against their slave masters, both for humanity and for themselves. 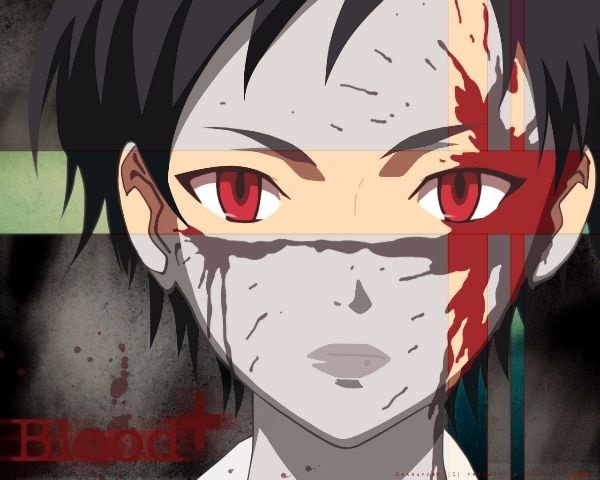 Ah, nothing gets the blood flowing like a good old secret war. There are two sides; the Chiropterans who feed on the blood of the living, and the Red Shield, a task force dedicated to slaying their vampiric foes. Saya, the protagonist, is recruited into this task force and must work to uncover her mysterious past. 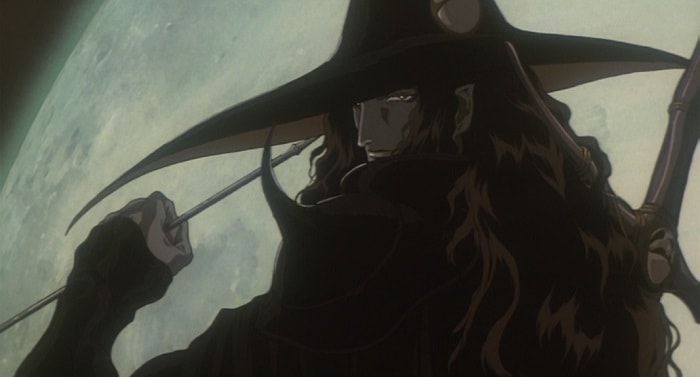 D, a dunpeal (a vampire/human hybrid) bounty hunter is the silent protagonist of this tale about a very powerful vampire, Meier Link, who falls in love with a human and elopes with her. D pursues Link and runs in to all sort of trouble along the way, including competing bounty hunters and Link's henchmen. 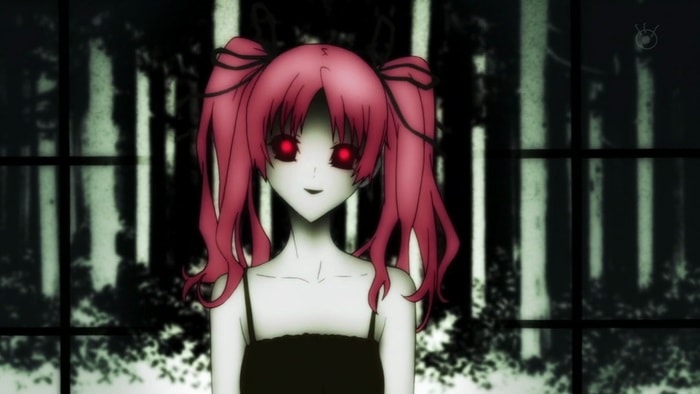 Warning: Not for the faint of heart. A normally quaint little village soon finds itself in the middle of a vampire infestation that will leave viewers feeling as if their own blood had been drained. Do not expect to find modern, friendly vampires here; Shiki features the monsters of old instead of the newer, sparkly wannabes. 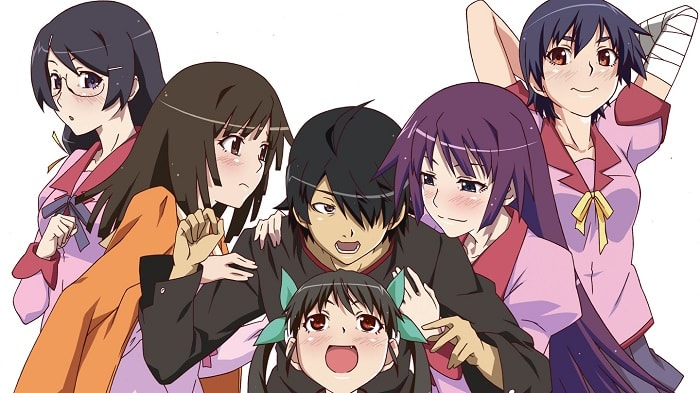 Koyomi Araragi was a normal high school student who was only a little unnerved about the rumors of a nearby vampire. Then he met the vampire. At night. Alone. Uh-oh. Miraculously he survived, but now finds he has joined the legions of the undead! He may soon learn that vampires are not the only supernatural creatures out there… 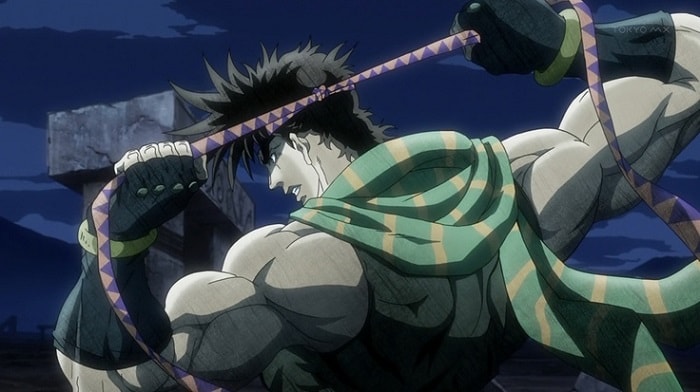 Life was pretty good for George Joestar, until one fateful day when he acquired an adopted brother named Dio who makes most other villainous vampires look pretty tame. Dio seeks to usurp Joestar and steal the family fortune, but this already malicious plan becomes something much more when a mysterious stone mask with ancient powers is uncovered. 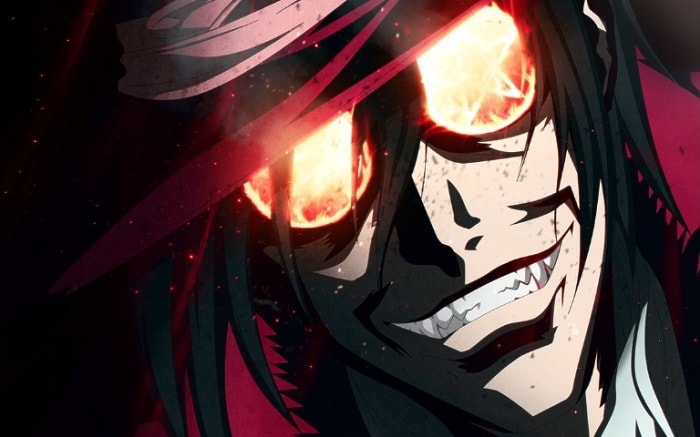 Decades ago, the renowned Dr. Van Helsing narrowly defeated the vampire Count Dracula. But this story does not feature the wicked Count dying like his novel counterpart. He was taken to England and became the ultimate superweapon of his newly formed Hellsing organization, a task force dedicated to protecting mankind from monsters. Decades later a new threat arises and the former Count who was once humanity’s worst enemy becomes its greatest protector.

Will this list make you think twice about taking a stroll tonight? Make sure to lock your doors, close your windows, and don't invite any strangers in. Also, don't forget to check out our Vampire genre page on MAL and our Top 10 Hot Vampire Characters List to help you find your next Vampire anime fix!