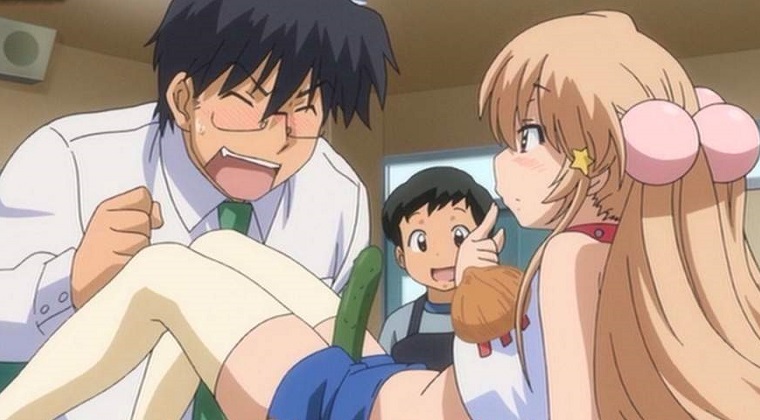 Taboos are present in almost every society and when it comes to anime, it is not unusual to come across various depictions of disturbing activities that are usually banned and forbidden based on moral judgement and social beliefs. Some of these taboos include incest, cannibalism, extreme gore, pedophilia, and many more. In this article we are going to take a look at 10 of the most notorious anime shows that you would rather avoid getting caught watching, not least enjoying. So make sure to lock the door and prepare yourself for...

10 Taboo Anime That Will Definitely Make You Uncomfortable or Upset

Papa to Kiss in the Dark 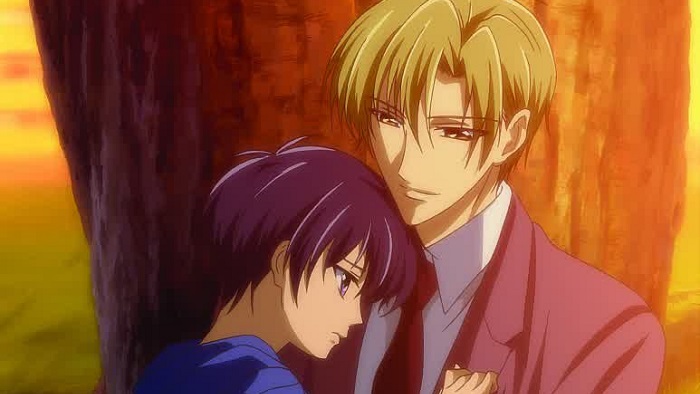 There are many yaoi and BL anime series that contain questionable and disturbing themes; however, Papa to Kiss in the Dark is definitely a gem among them. The anime explores the relationship (mostly sexual) between a father and son and what happens when the son finds out that he is actually adopted. What makes Papa to Kiss in the Dark a great candidate for taboo material is the portrayal of an adult man who takes it upon himself to raise and look after a small child but turns him into his lover instead. 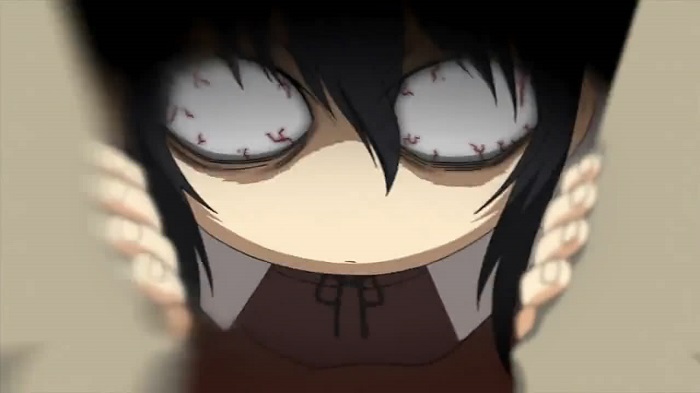 Mitsudomoe is a comedy-driven anime about three girls who say and do the funniest things related to sex and toilet-related stuff... they are only 11 years old. If you enjoy dirty loli humor featuring small girls joking about their teacher being a virgin or about their father being a pedophile, then you can give this a try... just make sure that your door is locked.

Kodomo no Jikan (A Child's Time) 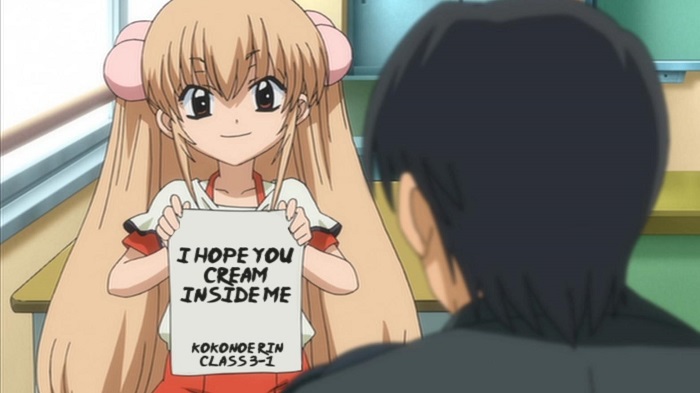 Another loli anime, but even more notorious than Mitsudomoe. The main characters are once again three underage girls who try their best to seduce, embarrass, and twist their new virginal teacher around their little fingers. The idea of three girls who are still basically children lobbing dirty jokes at their teacher and him actually responding and blushing at their advances is the reason why this anime found its way to this list. 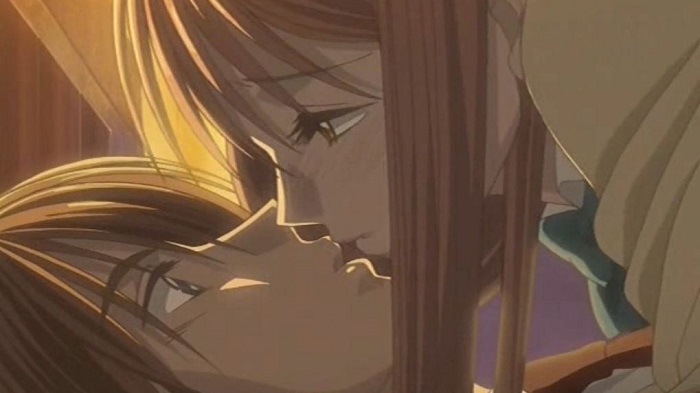 Incest is considered a taboo subject in almost every culture, but this anime goes even further by exploring the incestuous relationship between two fraternal twins (Yori and Iku) and their daily emotional struggles caused by this forbidden love. It is believed that twins share a deep bond unlike any other, and the anime proceeds with the question - is it really wrong to have romantic feelings for somebody who is basically your other half, and if it is, how to make your feelings go away? You soon realize that even though their secret romance makes you uncomfortable, that doesn't make you pity them any less. 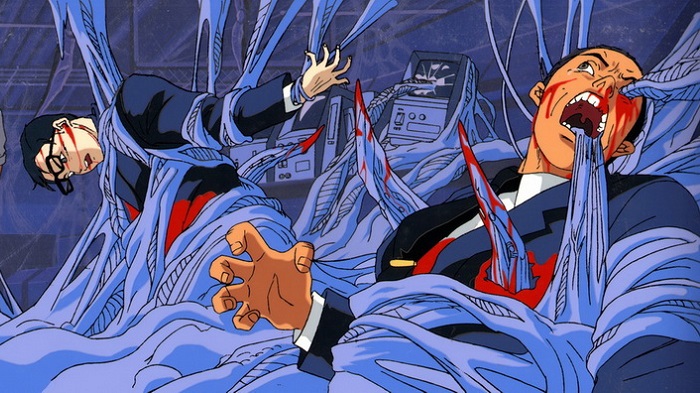 Genocyber is a controversial sci-fi anime about a biological humanoid weapon of the same name created by the government for the sole purpose of destroying lives. What makes this anime taboo and infamous is the portrayal of violence, torture and disemboweled bodies. If you would like to check this one out, prepare yourself for a huge bloodbath devoid of any remorse or hope that will make you sick to your stomach. 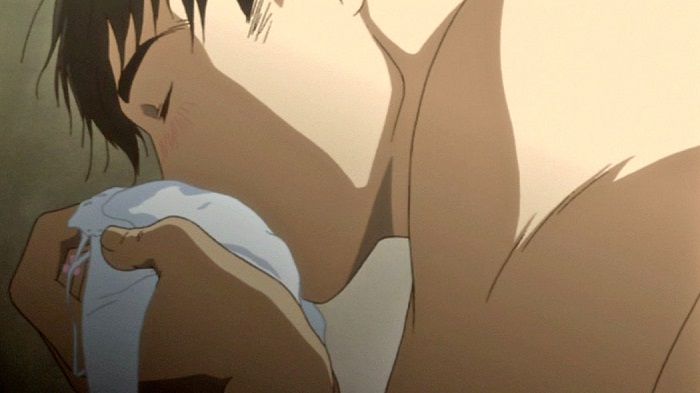 Just like Boku wa Imouto ni Koi wo Suru, Koi Kaze depicts another incestuous relationship between a brother and a sister who fall for each other but are unable to be together. When Koshiro and Nanoka meet for the first time, they are unaware of the fact that they are blood-related. However, even when they realize the truth, their feelings do not go away. It might come as a surprise that what will make you most uncomfortable is not the chemistry between the siblings but your own wish that their love story would overcome all the obstacles... 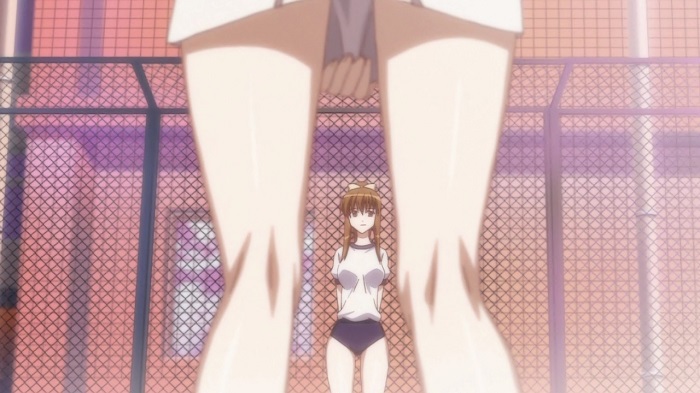 Aki Sora differs from Koi Kaze and Boku wa Imouto ni Koi wo Suru in a sense that it is purely an ecchi anime, but that does not make it any less taboo. The OVA follows the twins Sora and Nami, and their older sister Aki. They are all full siblings, and as the story progresses you soon realize that they all lust for each other. Instead of the twins becoming lovers, it is the older sister Aki who develops a sexual obsession with her younger brother and proceeds to seduce him. 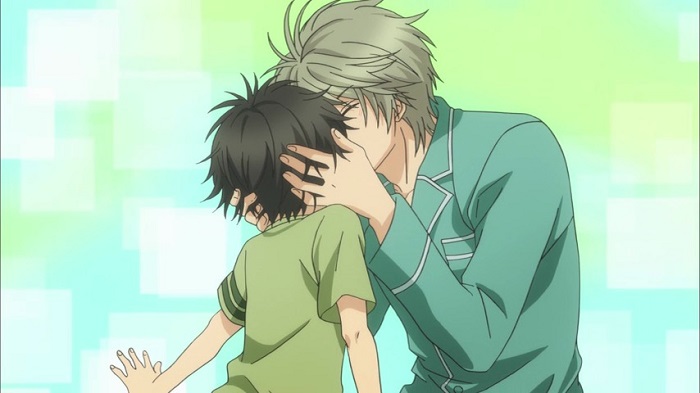 At first glance, Super Lovers is just a cute shounen-ai anime about an innocent relationship between Ren, an adopted 8-year-old boy and Haru, his older 16-year-old step-brother. However, the provocative interaction with sexual hints between these two and the fact that they fall for each other while one of them is still basically a child makes it a great candidate for taboo material. 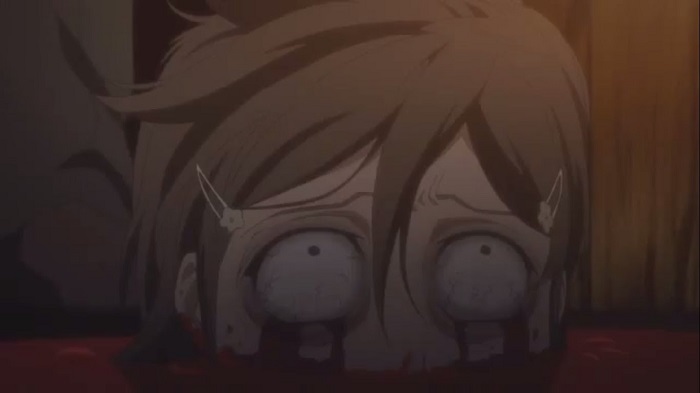 Corpse Party: Tortured Souls definitely lives up to its title of the most gruesome anime series ever because it delivers exactly that - an abundance of torture, terror, disemboweled body parts and blood. In a nutshell, it is a gore anime about a group of high school students who find themselves haunted by the revenge-driven ghosts who take their time hunting them down and cutting them into pieces. This anime is definitely not for those who are squeamish because even the gore fans might find themselves taken aback by the amount of violence and despair. 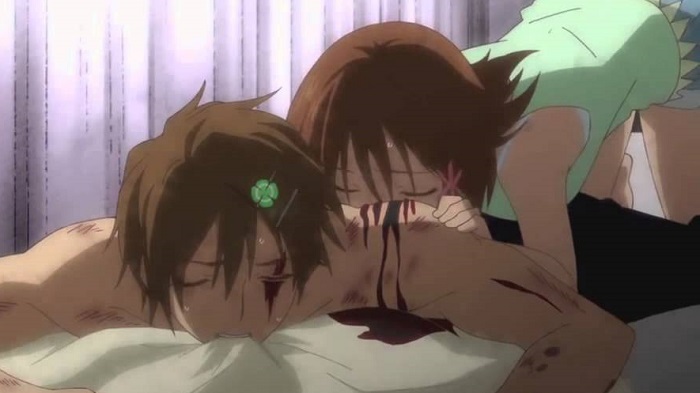 Pupa explores the theme of a brother/sister complex; however it is the cannibalism that makes it controversial and a great candidate for the taboo list. Utsutsu's little sister Yume becomes affected by the Pupa virus which transforms her into a deadly monster that feeds upon the flesh of other people. In order to keep his little sister alive, Utsutsu becomes her food and lets her eat his flesh. The anime explores an interesting idea - how far would you go to save someone you love, would you go as far as offering yourself on a plate? No matter how interesting, the anime has apparently failed to deliver (mostly because of its short duration and censorship) and became dubbed as the "most disappointing anime of 2014".

If the titles presented above haven't made you run for the hills already and you are ready to find out more, make sure to check out Top 15 Best Gore Anime of All Time, Top 15 Best Horror Anime, and Top 20 Loli Anime Characters. Thanks for reading!