What do you think of zombie theme in anime? 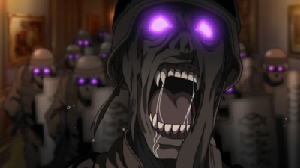 Zombies are a popular trope for anything genre from horror to...romance (see Warm Bodies). They appear in video games, novels, movies, TV shows, and anime as well. While zombies from different works have different characteristics, what generally remains the same is that they were at some point human and now are undead, whether it be through a virus, mutation, or shady scientific experiment.

Come check out 15 of the best zombie anime of all time!

Most everyone is familiar with the "walking dead", but what about the "swimming dead"? In this creative zombie anime, a school of undead fish are causing chaos throughout the city, spreading both an infectious disease and their awful smell. Get ready to swim with the fishes! 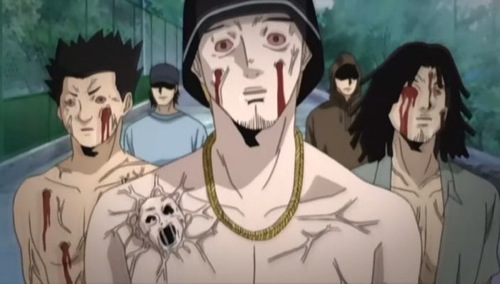 Supernatural evil comes in a variety of forms in Tokkou. For example, parasitic demons can turn humans into nearly unstoppable zombies. When guns are ineffective, it is up to elite members of Japan's Public Security Intelligence Agency, some of whom not quite human themselves, to stop these deadly menaces.

Despite the name, Zombie Loan isn't about the archetypal zombie. In fact, two of the main characters are (hunky bishounen) zombies! The price they pay for becoming undead and able to be sort-of alive is that they have to hunt down other less-nice zombies, with the help of Michiru, who can tell when people are about to die.

12. Shisha no Teikoku (The Empire of Corpses)

Featuring a host of characters based on historical and literary figures such as Ulysses Grant and John Watson, The Empire of Corpses is set in an alternate 19th Century Europe where corpses are reanimated for labor.

This Japanese CG movie is part of the Resident Evil franchise, arguably one of the defining series of the zombie genre. It's known in Japan as Biohazard: Degeneration, as the name for the franchise in Japan is also Biohazard.

Makina Hoshimura doesn't look like a zombie. She doesn't even need to eat brains. Even so, she is the reanimated corpse of her former self, a young woman who was brutally murdered alongside her family. To join her family in the afterlife, she must kill 108 other revived corpses. At least firepower isn't a problem for her.

9. Highschool of the Dead

Though the popularity of Highschool of the Dead has much to due with its excessive fan service, this zombie anime also serves up classic zombies at every turn. The series pulls no punches when it comes to violence either, with each anime zombie dispatched in a different, gruesome way.

Chihiro Furuya is obsessed with zombies. Just his luck that he lands a zombie girlfriend, Rea Sanka. Balancing lighthearted humor with an undercurrent of serious themes, Sankarea tackles the trials and tribulations of young love from an undead perspective.

God has abandoned the world, meaning that no new lives are born, and even worse, the lives that depart the living world to pass on... don't. These undead wander earth without ever getting rest. Only gravediggers such as Ai have the ability to help these mostly harmless undead reach their final rest.

In this classic bloody action show, the vampire Alucard fights against undead and supernatural creatures of all sorts. He's not your typical hero-type though; he's not really doing it because he wants to help humankind or anything.

Who says zombies can't be cross-dressers? Or wield chain saws? Or break dance? Kore wa Zombie Desu ka? is a zombie anime that takes many liberties with the nature of zombies, injecting a heavy dose of magic and other mythological creatures into the storyline.

Gakkougurashi!'s place on a top zombie anime list gives away its first episode twist. When a group of teenage girls barricade themselves in their high school after zombies overrun their city, they deal with this new reality in a variety of ways. For some characters, it's a bit harder to adjust to their new deadly situation...

Brandon Heat isn't allowed to rest in peace after being murdered by his friend and former partner in crime, Harry McDowel. Resurrected as a near invincible zombie-like being through a cutting-edge medical process, Brandon fights for revenge on those who have wronged him. Yet there are anime zombies like him on the other side, making his journey all the more perilous.

Ken Kaneki is, in many ways, your normal eighteen-year-old college student. He's quiet and likes to read. However, this normal young boy just so happens to live in a deadly world - home to zombie-like creatures called ghouls that must eat human flesh to survive. Turned half-ghoul by a former love interest, he must try to preserve his humanity while surviving in an increasingly hostile world.

1. Koutetsujou no Kabaneri (Kabaneri of the Iron Fortress)

Affectionately dubbed "steampunk Attack on Titan with zombies," Koutetsujou is the newest entry on our list of zombie anime. Currently ranked an impressive #110 on MAL, this show looks like a potential future zombie anime classic.