You Anime Demon You 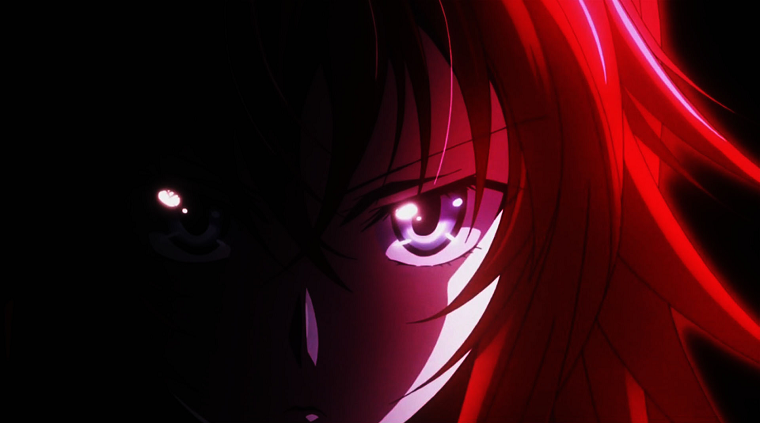 If the Bible's anything to go by, demons and devils are real - also, the Earth is 6000 years old and you must never wear clothes of wool and linen woven together. Maybe take that stuff about demons being real with a pinch of salt then. Regardless, these demon boys and devil girls in anime do exist and they're also cool as all hell. Check out our list of the Top 15 demon and devil characters in anime. 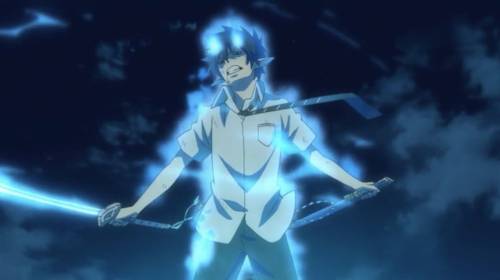 You know that you've bumped into one of the more significant anime devil characters, especially if he happens to be the son of Satan!

Rin Okumura may not resemble the cloven hooved one, and doesn't carry a huge devil trident either. He seems like an ordinary teenager in human form. But when he transforms into a demon, twin blue flames hover above his head, his eyes turn blue, teeth sharpen and ears take an elf-like shape. 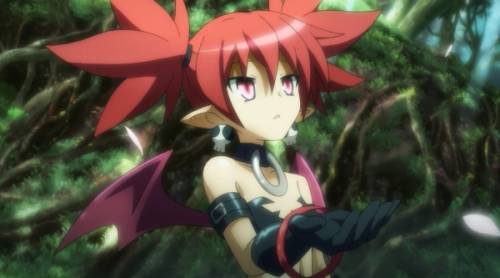 We first encountered Etna as the cute but self-serving demon, in Nippon Ichi's excellent tactical role-playing game series - Disgaea. In the anime adaptation, she assumes the same role as in the games - by serving Laharl but always plotting and scheming behind his back. Well, she's a demon so what else would you expect?! 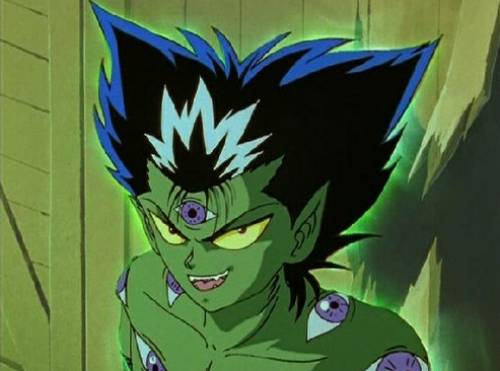 Hiei is a spiky haired fire demon, who is short and gifted with high agility. He has red eyes and a purple Jagan eye on his forehead, which is often covered up by a headband. As is typical with most anime demons, Hiei is no fan of humans and likes to makes fun of them. 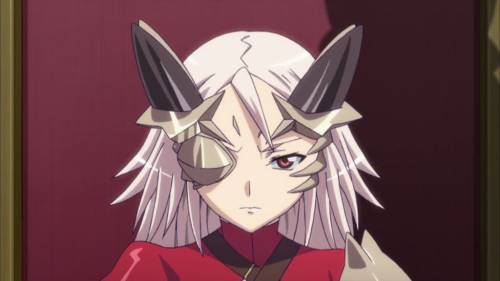 If there was a sport in which anime characters could compete over who had the sexiest, most over-the-top outfit, then Aldra would easily get the gold medal. In fact, her outfit is so crazy hot it's borderline NSFW!

Aldra can be quite brutal though, which is not surprising considering that she's a half-demon, and the daughter of the lord of the underworld. 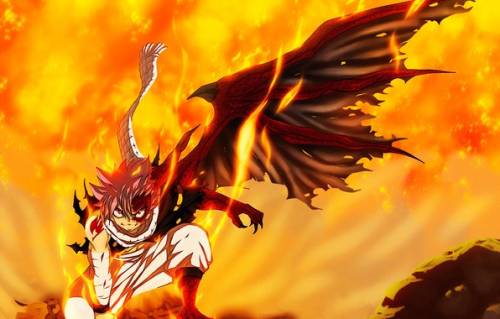 Natsu Dragneel is a formidable fire mage, and is therefore referred to as the 'Salamander'. If demons with an infernal bent are your thing, then you should definitely keep an eye on Natsu's shenanigans! 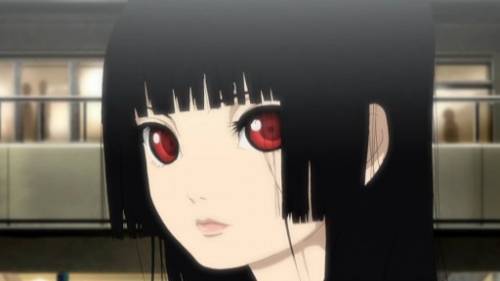 Ai Enma looks like a cute and innocent girl, but behind those big crimson eyes lies a tragic story. She was condemned to a sacrificial death by the folks of her village. Incidentally, she would eventually get revenge after climbing out of the grave where she was buried in, and burning down the village.

Now she atones for the destruction that she has caused, by helping others extract their vengeance and transporting the damned to Hell.

From Devil Survivor 2 The Animation 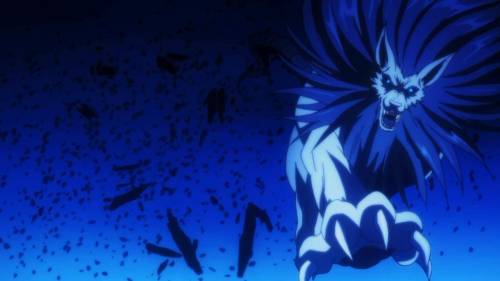 The Shin Megami Tensei RPG franchise is well-known for its strong occult leanings. Therefore, demons and devils are the bread and butter of the series. Cerberus makes a regular appearance in the role-playing games, including Devil Survivor 2 which the anime is based on. 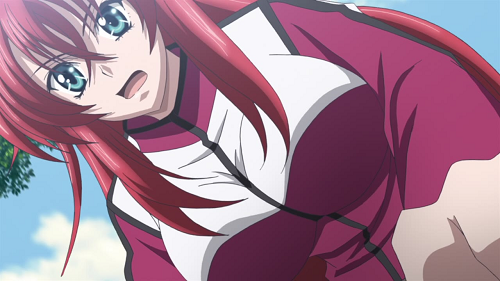 So what kind of extracurricular activities does Rias spend her time on? Oh, just normal teenage girl things like unleashing the destructive, supernatural powers she has inherited on those who rub her the wrong way. 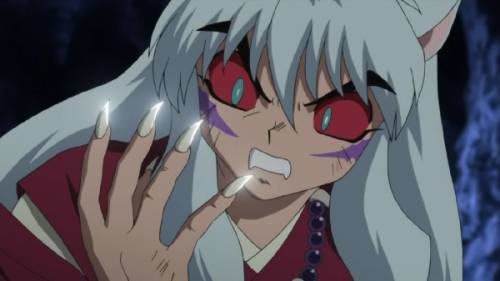 It's all too easy to assume that demons are all evil. Don't be too quick to pass judgement (also, it's racist...or speciesist). We all know how lovable and heroic Inuyasha can be. Definitely not someone who would initially be suspected of being a demonic entity, even though he is a half-human, and half-youkai dog.

From Hataraku Maou-sama! (The Devil is a Part-Timer!) 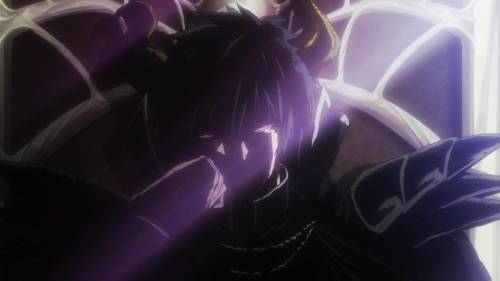 One would think that a Demon King would be spending his time commanding the legions of hell, and wreaking havoc on the known world. However, Sadao Maou had to retreat to the human world after a confrontation with the hero Emilia. He has no choice but to blend into human society, and work at a burger joint on a part-time basis in order to make ends meet.

Oh, how the mighty have fallen!

Anime demons often occupy themselves with important work. Albedo is the Overseer of the seven Floor Guardians who protect the Great Tomb of Nazarick. She's also very well-versed in combat, and is seen arming herself with full plate armor and an imposing battleaxe. Despite this, she can actually be really sweet... as long as nobody dares insult or hurt her dear lord Momonga. 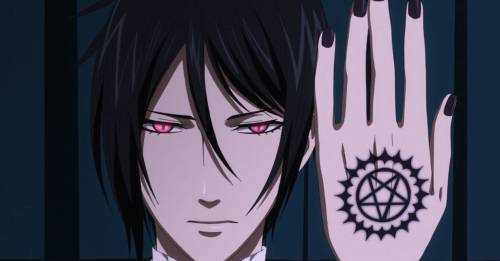 At first glance, Sebastian appears to be a stylish and elegant butler. However, there's more beneath this sophisticated veneer. In actuality, this is a demon that happens to possess many diverse talents.

He is bound by a Faustian contract, and spends his time serving the Phantomhive family. But whenever trouble arises, he unleashes his demonic powers thanks to a pentagram marking found on his left hand. 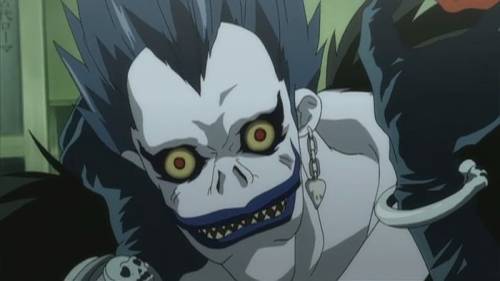 Ryuk is a bit of a trickster who loves to trip up those living in the human world. His large yellow eyes have red irises, and his clownish grin reveal his pointed teeth, which are unsettling to say the least. While he could resemble a human from afar, up close he is a nightmare to behold

From Devil May Cry 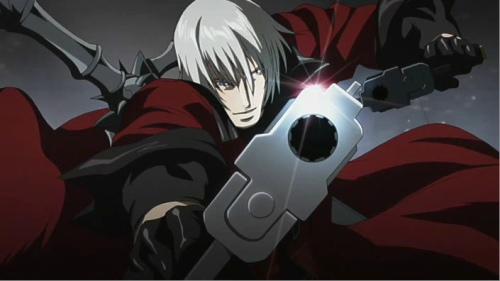 You've got to love the trash-talking, butt-kicking, demon-slaying Dante. He's amazingly good at dishing out punishment on the forces of evil with his twin guns, Ebony and Ivory, and his trusty sword - the Rebellion.

Demons can be scary as hell, but this half-demon, half-human is the coolest and slickest of the lot. 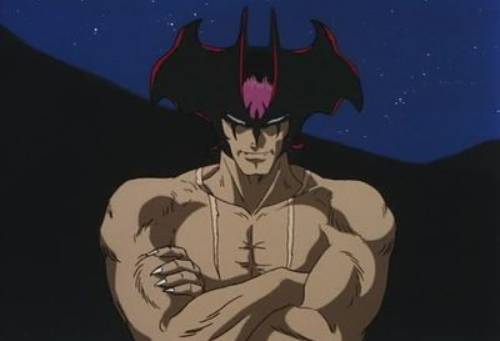 Go Nagai sure has a twisted imagination; after all, he is the original creator of Devilman. And Devilman is one of the very first devil characters to emerge from Japan's manga scene during the early 70's. So if you're wondering why Akira Fudou has those massive sideburns, it just so happens to be a fashion mainstay from that decade.

But let's not get get caught up by Akira's hairstyle - what we care about is what a badass devil he can transform into. He most certainly looks the part, with those piercing eyes, bat-like head and wings, devil tail and sharp nails.

If you just can't get enough of these paranormal beings, then you're in luck! Here are a few more, and boy are they super-cute! 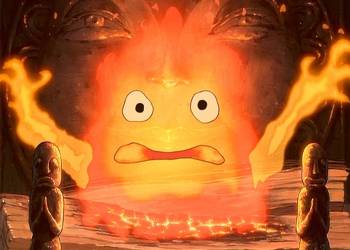 They don't come any cuter than Calcifer. He looks like a flame with a face, but is actually a fallen star who is kept alive after striking a deal with Howl. And that's a good thing as he's capable of removing curses. 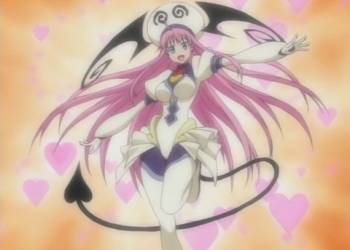 Lala Satalin Deviluke is a sexy alien with a devil tail which can fire laser beams! And if that's not already awesome, she's also a super genius who can invent a ton of weird and wonderful things. 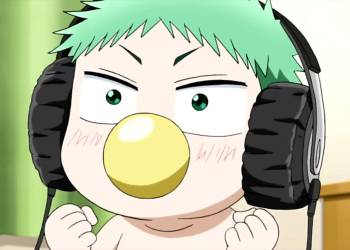 He may be the son of the Devil King, but is still a little baby who struggles even to win against other babies. Nevertheless, the little tyke has a soft spot for violence and heavy metal which would make him any metalhead's ideal first born! 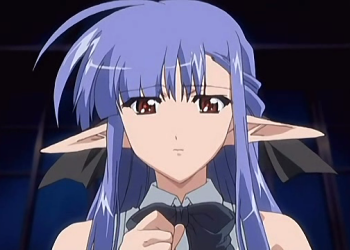 Don't be fooled by those ears, Nerine ain't no elf! She's the daughter of the Lord of Devils. Furthermore, she's a proficient magic user - it would be wise not to get in her bad books.