They're young, or young looking, and they've been a staple in anime for a long time. Today, we're going to list twenty cute loli anime characters. (Note: this article is SFW. These characters are "loli" purely in the sense that they are or appear young.)

What is a loli?

Loli are young looking characters. The general idea is that these characters come off as really innocent, mainly because of their youthful appearance. There are many types of loli; for example, legal loli is a character that is over 18, but has the appearance of being a minor.

Whether actually young or not, loli characters have always been there to add a more cute and vibrant atmosphere to their shows. We'll be listing down twenty loli anime characters. For this list, we'll focus on one character per series.

Here are 20 of the best anime loli girls in existence! 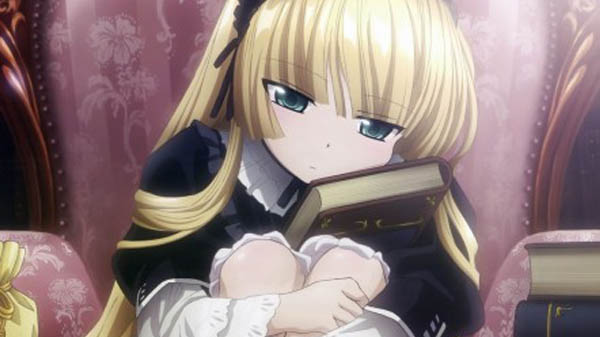 Victorique is a loli gothic lolita detective that uses her intelligence to solve the mysteries of the world. She also likes sweets and rolling on the floor when she's bored.

From Toaru Majutsu no Index 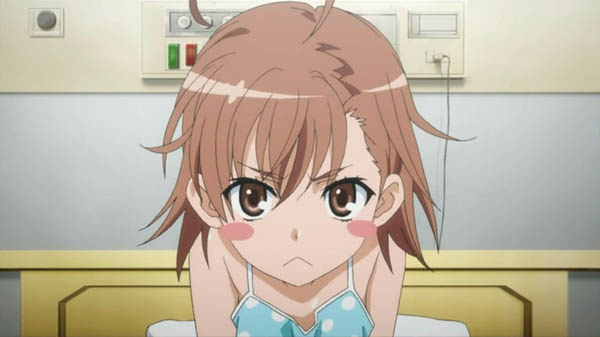 Last Order is one of Misaka's clones. In the series, she acts as a fail-safe should the other clones starts going haywire. Even the most cold-hearted people are no match for her adorable personality, . 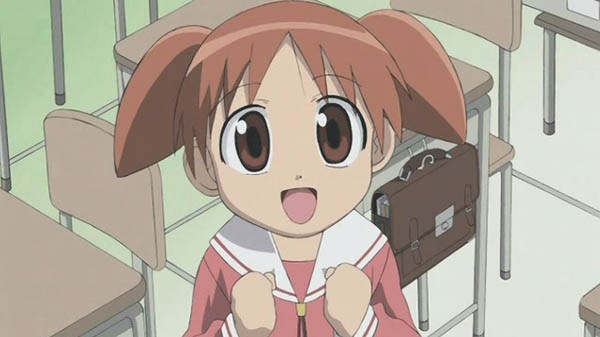 Considered the first "cute girls doing cute things" anime, the series follows a group of friends in their three years of high school life. Ten year old genius high schooler Chiyo is the loli of the group, easily standing out because of her adorable personality.

From Clannad After Story 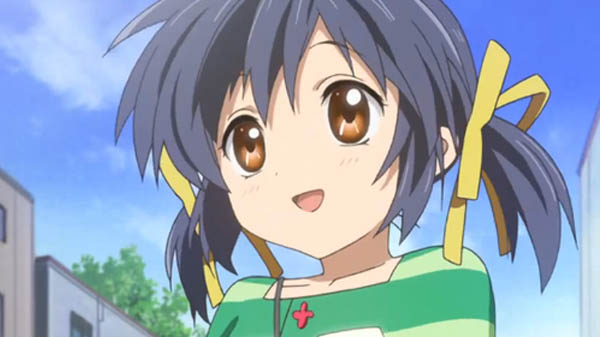 Mei is Youhei's younger sister. Youhei is the comic relief character in the show, but Mei is surprisingly a lot more serious than her brother. In the end, with her serious but caring personality, Mei is a little sister we would all want to have. Her loli powers are too strong for even main character Tomoya!

From Papa no Iukoto wo Kikinasai! (Listen to Me, Girls. I Am Your Father!) 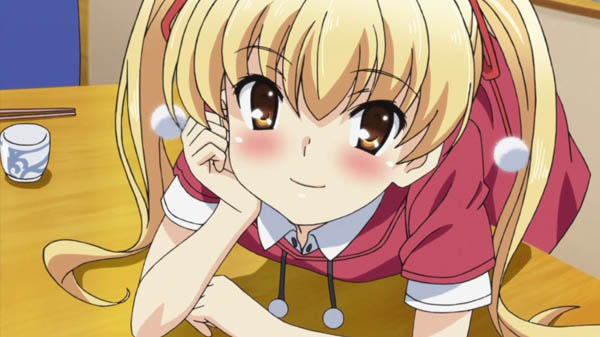 This loli anime is about a normal guy suddenly adopting three girls after their parents unexpectedly died. It has a dramatic nuance, but the girls are also a tad too young for the scenario. Miu is the middle child, and the playful character among the sisters. With the oldest putting her guard up at all times and the youngest not knowing any better, it's Miu that really makes the living situation a lot more interesting.

From Hidan no Aria (Aria the Scarlet Ammo) 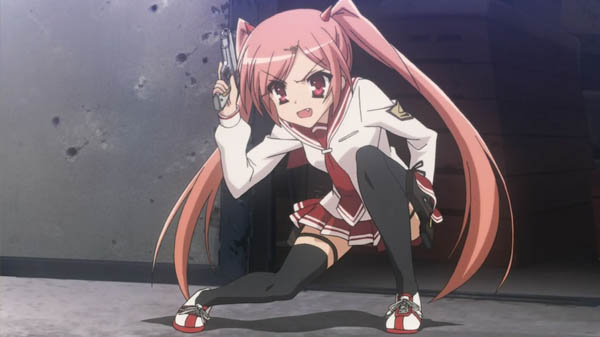 The simplest way to describe Aria is that she is a Rie Kugimiya character. This voice actress specializes in loli anime characters who have a different kind of appeal. Rie also voices Taiga, Shana and Louis and they all have one thing in common. They're all cute, adorable, loli tsundere characters. 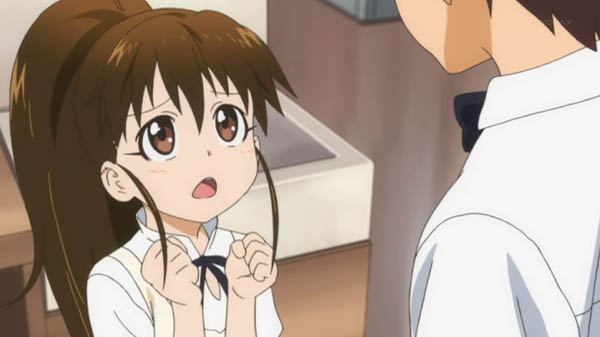 Working!! is about a group of people working at a restaurant. The show focuses on the inner situations of the working staff, and it's a unique story to tell. Popura is the big busted seventeen year old working at the restaurant. She is often mistaken for a child though because of her height, and her voice is too cute to prove otherwise. Main character Souta is no match for her loli looks even though he is afraid of older girls!

From Gochuumon wa Usagi Desu ka? (Is the order a rabbit?) 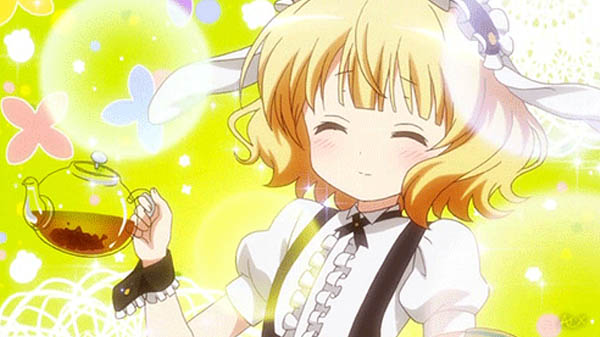 This moe anime is about a bunch of cute girls enjoying their time working at a cafe. Sharo works at a maid cafe, and she insists that you prefer looking at the uniform instead!

From No Game No Life 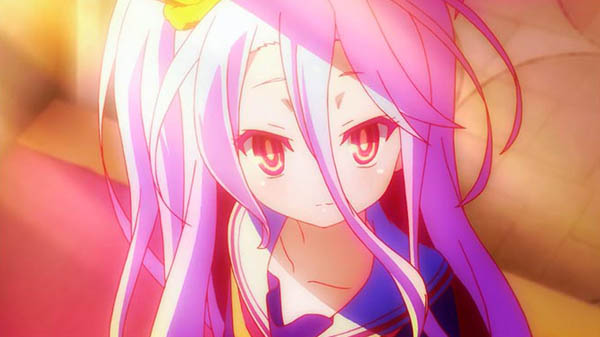 Shiro is one of the duo in the unbeatable pair called Kuuhaku (Blank). Along with her step brother, Shiro would conquer the game world one territory at a time. Do not underestimate her, because she's the type of girl that is born to win every game she plays.

From Hayate no Gotoku! (Hayate the Combat Butler) 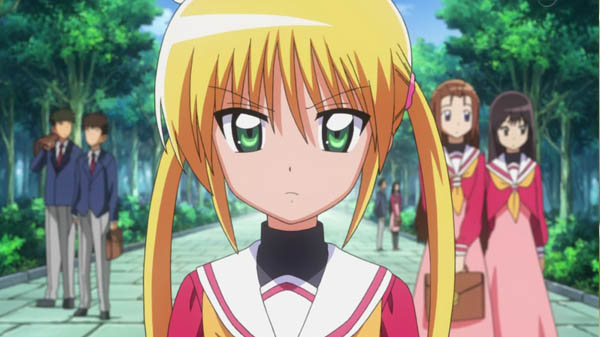 This anime is about a normal boy suddenly becoming a little girl's butler after a series of odd events, including being betrayed by Santa Claus. Nagi is the little girl in question, and she sports the classic tsundere attitude. She might look snobby, and she is most of the time, but she also secretly likes her butler.

From Date A Live 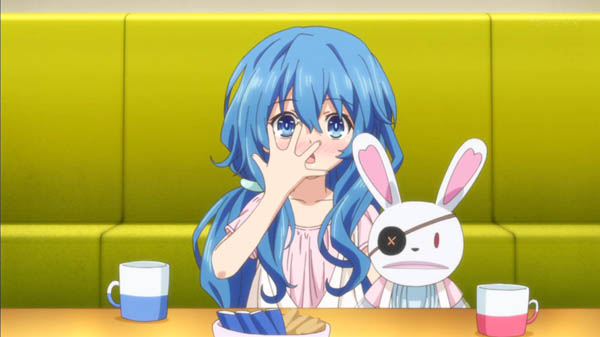 Date A Live is a harem anime where the main character has to date alien girls so they won't destroy the world. His goal is to make them fall for him, and he is assisted by veteran visual novel players in giving the right answers to his date. Yoshino is the youngest girl he meets. She is an adorable girl with a hand puppet, and she unleashes a barrage of ice storms if she ever feels uneasy. 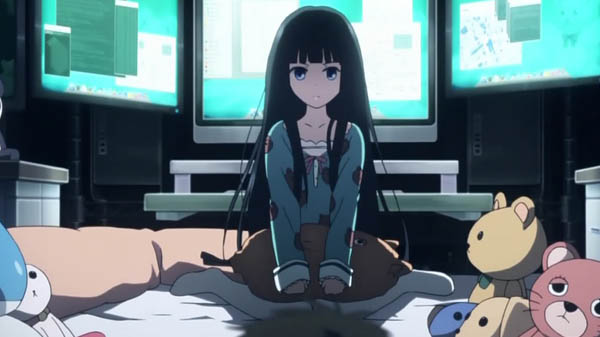 Alice is a loli NEET detective, which is a big contraction in itself, but it's an adorable title. With her amazing mind, she combs through the jungle of the internet, and finds information about the cases handed to her. She does all this while in her pajamas and surrounded by her cute stuff animals. 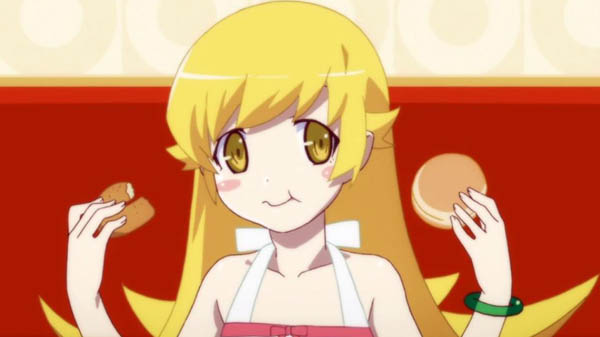 Shinobu is a vampire loli who loves eating donuts. She first appeared in Bakemonogatari as the adorable kid attached to Meme, Kiyomi's mentor. As the series focuses on her, we realize she is actually 500 years old and she knows a thing or two about attracting men like Kiyomi. 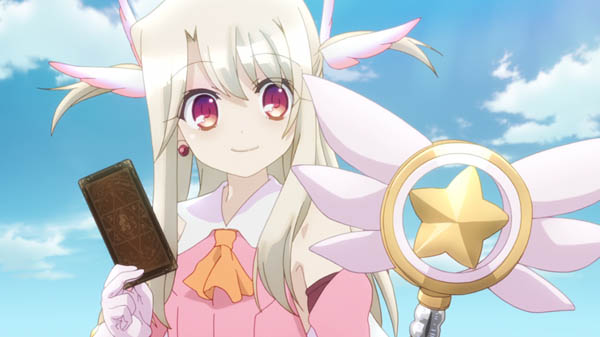 Illya is the little girl controlling the monstrous Berserker in the Fate Stay Night series. Realizing her potential though, she soon receives her own spin off show where she is a magical girl. With her red eyes and bright personality, it only makes sense, right? 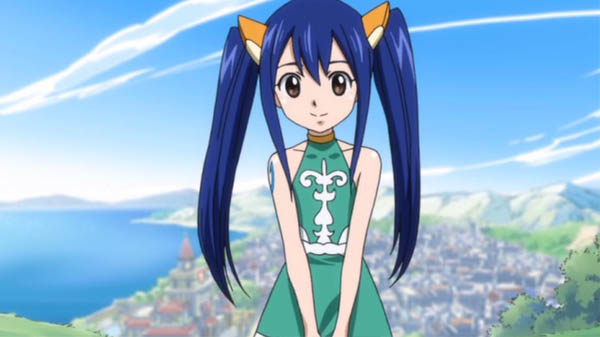 Sometimes lolis are dangerous. Wendy is a member of the Fairy Tail Guild, which is a group consisting of powerful magicians. Wendy might be young, but she can hold her own in battle. Being a Sky Dragon Slayer, it'd be smart not to underestimate her.

From Shakugan no Shana 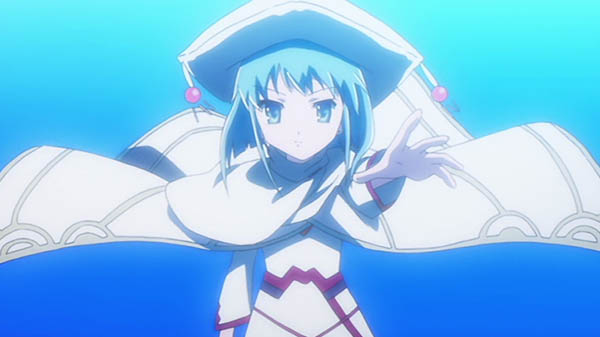 Deceptively young looking, Hecate can be considered one of the antagonists of the first season. She sides with the "Bal Masque" group that plans to do harm to our heroes. Despite being one the most powerful characters, you can't help but admire how adorable Hecate is. Look at her hat, it's so cute. (Lolis often have big hats or pigtails.) 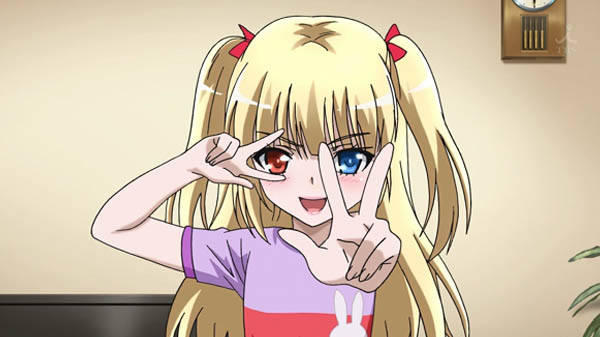 Kobato is the loli little sister of our main character, Kodaka. She likes to pretend she is a vampire queen, just like her favorite character on TV. At heart, she is just a child though who often needs big brother to stick up for her. 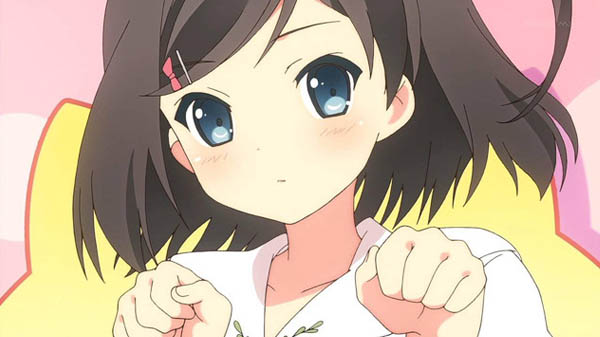 This anime is about a cat statue that grants people's wishes for a price. Tsukiko wishes to be a kuudere so she can hide her honest emotions. It works out for her and for everyone else, since Tsukiko is easily one of the most adorable kuudere out there.

From Higurashi no Naku Koro ni (When They Cry) 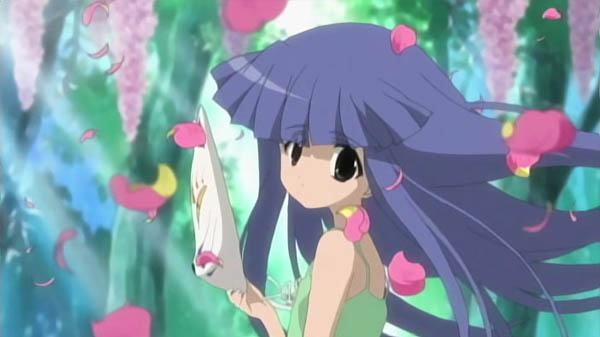 Higurashi is about a group of young kids killing each other. It's a lot more complicated than that, but discovering how different is part of the fun. Rika is the youngest loli in the group, and she's as innocent as it gets. She even adds "-mi" and "nippa" at the end of her sentences to make her even more adorable. Of course, Higurashi loves messing with your mind and Rika is often used to deliver that effect. 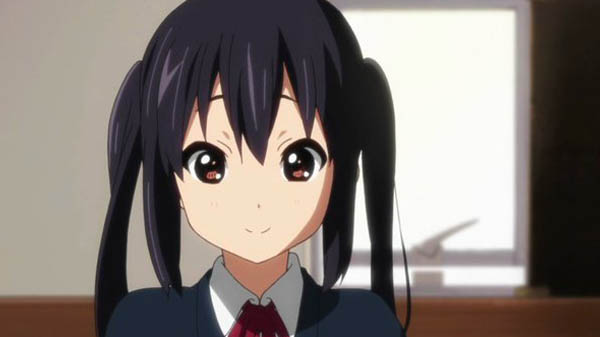 I doubt anyone can dislike Azu-nyan. This girl, along with her band mates, took over the world at some point. Azu-nyan is not only insanely cute, but she can also rock hard with her amazing guitar skills. It takes just one cat-eared hairband to understand just how powerful of a loli anime character Azu-nyan is though.