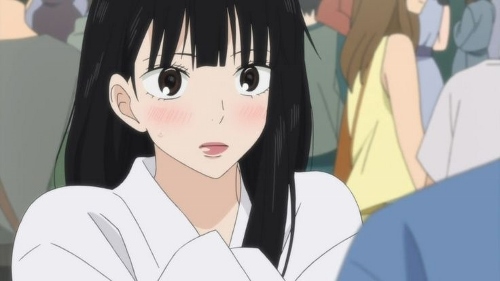 In the anime/manga world, the dandere is considered the shyest of the shy. Unable to participate in social activities due to a sort of social anxiety, they often hide in the shadows and are mislabeled as antisocial, standoffish, or even mute. However, dandere don’t behave this way because they want to stray away from human interaction. They behave this way because they are driven by their fears of not wanting to drive those they care for away by saying something wrong or behaving in the wrong way.

But once they become comfortable, these dandere sweethearts break out of their seemingly introverted shells and are known to flourish with a happy-go-lucky, bubbly and super kind personality. It simply takes the right person to bring out their true selves.

Here are 15 of the most popular dandere characters in anime! 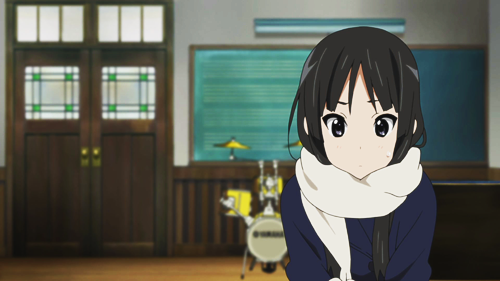 Shy to the point of breaking down in tears and prone to fainting at the mere thought of something she fears, Mio is just about as dandere as they come. If something is icky, yucky, scary or gory, it will send this timid bassist wilting. Although she belongs to her school’s music club, she dreads being in the spotlight. So when she had to choose an instrument, she chose the bass, which is often seen as the lesser instrumental part in a musical group. But despite her crippling fears, she’s an amazing friend, willing to do anything and everything for the ones she cares about and loves, even if it means stepping out of her own comfort zone. 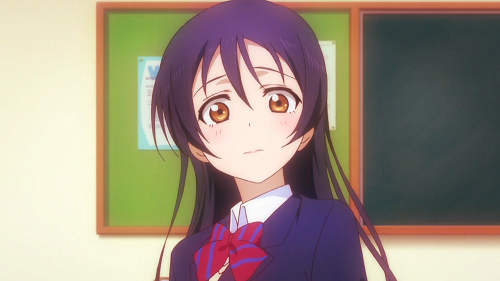 Although she has some leadership qualities about her, Umi prefers to walk in the shadows of her two best friends. Like Mio from K-On!, she has serious performance anxiety. On top of that, she hates revealing outfits and will often cower away at the very mention of wearing such attire. Surprisingly though, even with her timid dandere personality, when she is awakened prematurely, she becomes quite violent and angry. 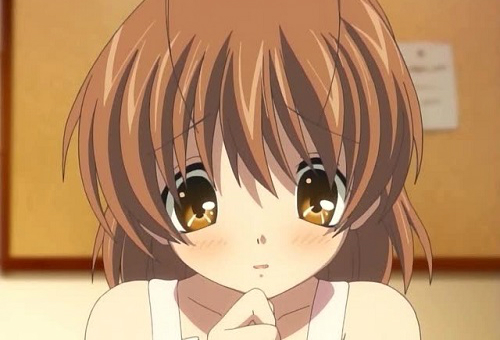 Soft-spoken, caring and adorably timid, Nagisa Furukawa from the Clannad series is our first dandere of the day. While her social woes may dissuade her from following her dream of reestablishing her school’s theater club, they most certainly don’t stop her from being the endearing character that she is. What makes her such a unique candidate for the dandere character type is her ability to motivate herself through her socially anxious moments by reciting the names of her favorite foods. 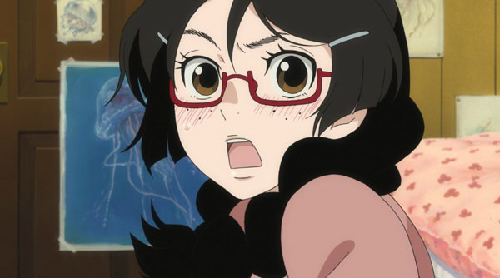 Terrified of stylish people and obsessed with jellyfish, Tsukimi is another dandere favorite. It’s this awkward combination that makes her the character she is. Compared to other dandere whose behavior is somewhat "unrealistic" (even for anime characters), she is a spitting image of what a normal, "real life" dandere would be. She’s unable to see herself in the breathtakingly beautiful way that everyone else does because of her extremely low self-esteem. Watching her break out of her awkward shell is like watching baby Bambi take his first steps!

Sawako "Sadako" Kuronuma from Kimi ni Todoke (From Me to You) 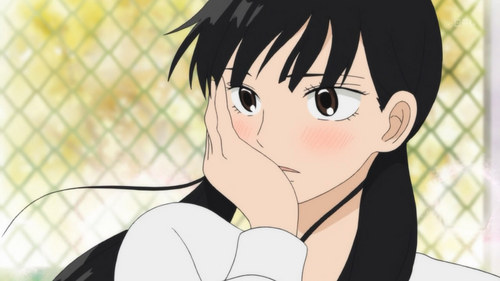 It’s really hard to make friends when you look like the girl from The Ring. It’s even harder when you don’t have the stomach to correct people when they call you by the wrong name, so even your name becomes the same as the girl from The Ring. But regardless of her mistaken identity and her timid nature, From Me to You’s Sawako Kuronuma really wants to make friends. It’s just a matter of getting past that inner dandere thought process! And when she finally does succeed in finding some incredibly understanding companions, she doesn’t fail to disappoint them. Her transition from a horror film's lead ghost, Sadako, to everyone's favorite ray of sunshine, Sawako, is one of the most beautiful moments in anime history. 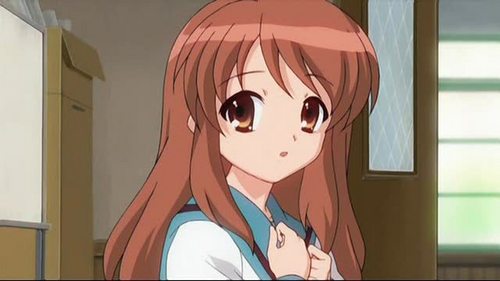 She’s the cutest thing since llama plushies. Shy-natured, easily embarrassed, clumsy, and a bit too naive, Mikuru’s the type of dandere that you want to hold on to and never let go. She's too adorable for her own good and is often subjected to harassment by Haruhi. 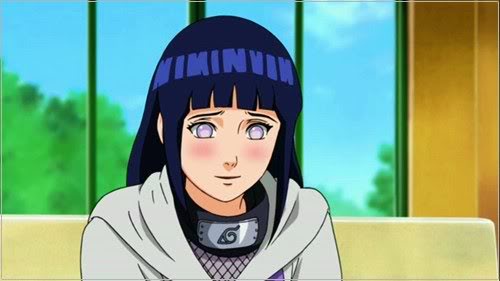 Possibly the queen of the dandere, Hinata is the textbook definition of the archetype. While inwardly she wishes to be strong, confident, and sociable…outwardly she’s extremely shy and softer than a marshmallow. Hinata's timid personality is magnified by her lack of communication skills, thus leading to her inability to express her feelings for Naruto. However, her undying love for him enables her to push the boundaries of her dandere limitations. This hidden strength is one of the things that makes her so special. 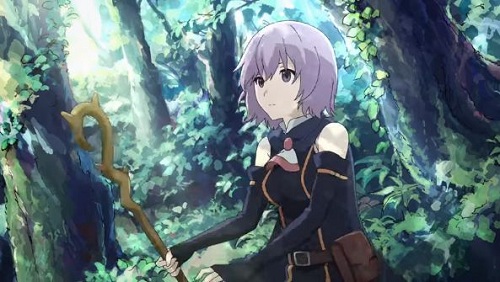 Shihoru is the newest addition to the dandere family. Hidden deep within her shell, this timid mage refuses to let anyone in. However, if survival depends on making alliances and working well with teammates, even Shihoru can "try" to be friendly. Tsukasa is the adorable (and klutzy) dandere of Lucky☆Star. Quite contrary to her fraternal twin sister Kagami, this little angel doesn't say much. But when she does speak, her serene voice will warm even the coldest of hearts. And thanks to her jolly crew of classmates, Tsukasa slowly but surely learns how to shine like the true lucky star she is! Japanese people are known to have a serene demeanor. Japan of Hetalia takes that stereotype to a whole other level. He is a quiet young man who keeps his cool through the most chaotic of situations - the best examples being interactions with America and Italy, of course. Even dandere girls can fall in love. It's confessing that love that's difficult. Yukika has been unable to express her feelings towards Sena for years, always making excuses not to. Can a quiet girl like Yukika ever win such an elite boy's affection? Never judge a book by its cover... or a basketball player by his height. Atsushi may look like he's all fired up, but in reality, he is as dandere as they come. Rarely showing interest in anything, Atsushi is a man of few words. Hotaru can be seen as both a dandere and a kuudere, with a dash of yandere mixed in (her obsession with little Komari) as well. Being a transfer student can be extremely awkward. Thanks to her friendly classmates (all four of them), though, the transition was quite easy. The beautiful scenery of the countryside suits this beautiful dandere perfectly. 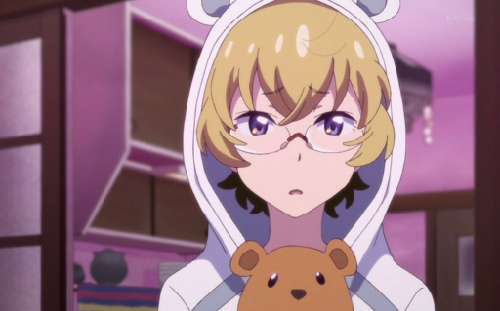 Her very name is a punchline and a show to what her personality is like. Ito Hikiotani became a hikikomori (a recluse) after dropping out of high school. She finds it hard to make friends and, in a way, is afraid to. She often chooses to stay in solitude feeling that it would be much easier than facing the pain of being rejected after working hard to coax a friendship. Although her crassness and blunt way of speech can make her seem like a tsundere at times, this form of communication comes from a lack of knowledge rather than anything else. In spite of it all though, once you get to know her, Ito is in fact a lovely person, capable of caring deeply for those she grows close to. 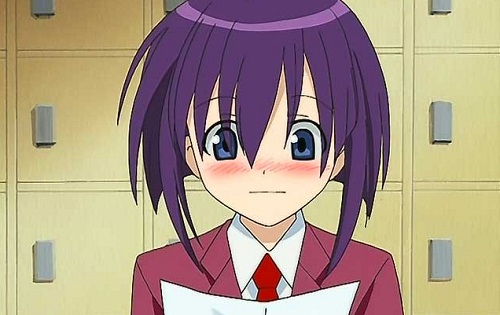 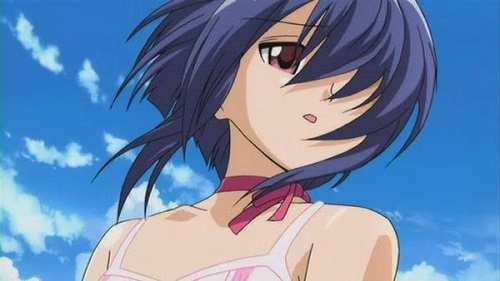 Even dandere girls can confess their love sometimes. Nodoka is a super quiet, super shy girl with a crush on her homeroom teacher (one of the most cliche puppy love tropes there is). He may have even accepted her offer if she had managed to stop blushing every five seconds. However, hope is not all lost because a girl in love is willing to do just about anything to help romance blossom, even step out of that "dan" comfort zone and bring on some serious "dere".

Anime is home to an array of different character archetypes. If you enjoyed this article, you will surely find the following "dere" anime tropes just as useful!