Before we start listing our favorite moe girls, let's cover what moe actually is in the first place!

Moe is a Japanese word with no good English equivalent. In fact, even Japanese people have a hard time agreeing just what it is, exactly. All we can say is this: If it makes you go doki doki and makes you want to hug it, it's probably moe.

Moe is not exactly a romantic, but it isn't always platonic either. Someone who is pretty or beautiful isn't moe by definition. Moe characters don't always have to be younger girls, but it certainly helps! In fact, moe characters don't even have to be female! As long as they make you feel like you want to hug and protect them, that's enough!

Here are 15 of the best moe and kawaii anime girls in existence! 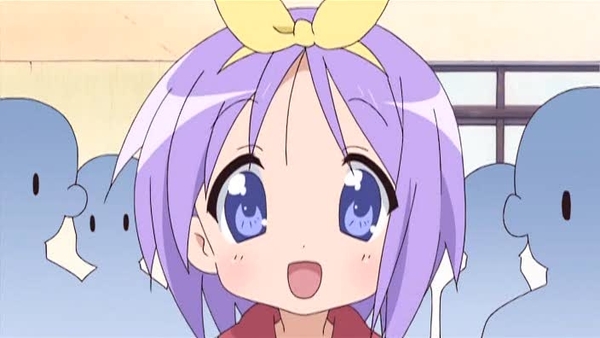 Tsukasa Hiiragi is the twin sister of Kagami Hiiragi, except much more klutzy and ditzy. She is great at cooking and chores, although she's quite forgetful and prone to oversleeping. Her snoozing face is especially cute! Tsukasa wears her heart on her sleeve...or at least in her bow, which moves depending on her mood. Her older sister is equally as moe for different reasons: she's the perfect tsundere! 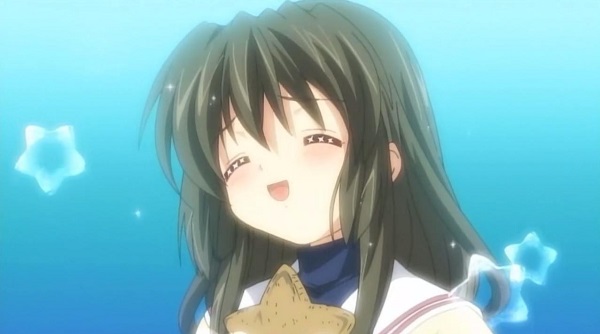 Fuuko's a loner, but that doesn't make her hostile or sad. She spends all her time carving moe wooden starfish to give to people to spread happiness. She's a daydreamer, which makes it easy to prank her, but would you really feel good about it afterwards? This moe anime character is not all rainbows and sunshine, however. The story behind her behavior is very sad! 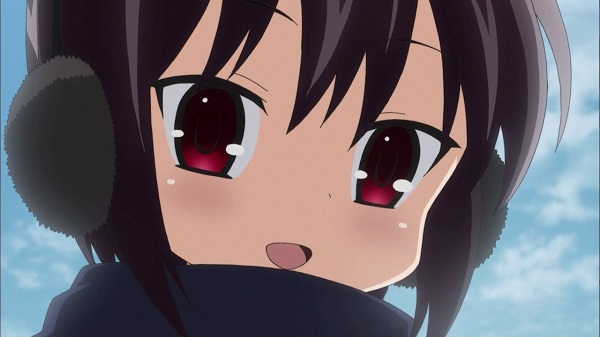 Ever have a cute friend like Tooru? The short kid who punches above her weight and is always in your corner? The girl who loves sweet things and reads lots of manga? The girl who carries a baseball bat to protect you from boys? Okay, two out of three isn't bad. Especially moe is her overlong sleeves and socks that are always falling down her skinny legs. She may be in junior high school, but she sure looks like an elementary school student!

Mirai Kuriyama from Kyoukai no Kanata (Beyond the Boundary) 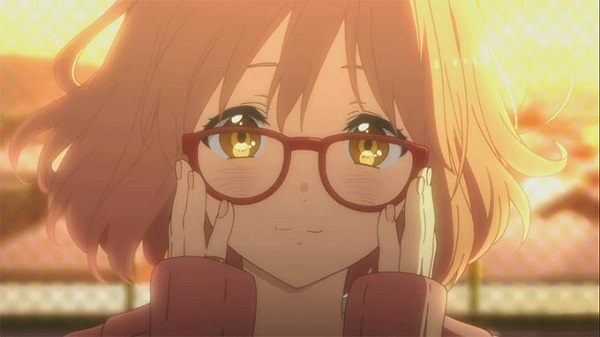 This is Mirai Kuriyama. She's quiet and a little clumsy, she wears cute glasses and a baggy sweater, and in her spare time she keeps a blog about bonsai trees. At a glance you'd never guess that she battles evil spirits using her own blood as a deadly weapon. Her moe catch-phrase is "Fuyukai desu!"

Tomoko Kuroki from Watashi ga Motenai no wa Dou Kangaetemo Omaera ga Warui! (No Matter How I Look At It, It's You Guys' Fault I'm Unpopular!) 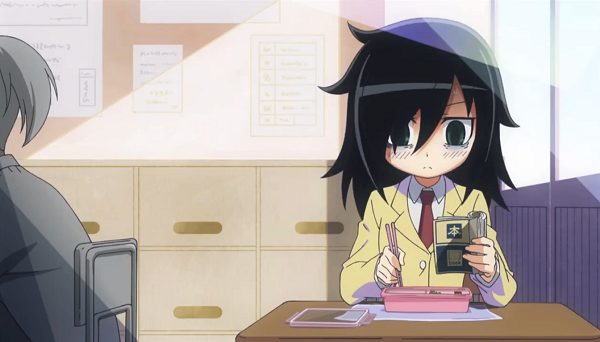 Sure, Tomoko plays video games and watches anime instead of sleeping. Sure, she's perverted and socially awkward, often more mojo than moe. Sure, she hasn't spoken to her classmates in two months. But she's trying, and that counts for something...right? In her heart, she knows she's the moe-est of them all.

Morgiana from Magi: The Labyrinth of Magic 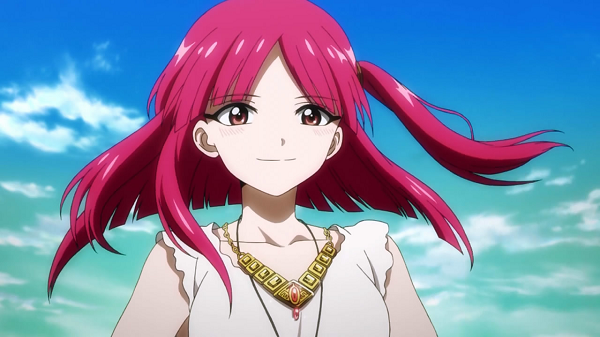 Morgiana is a small girl who loves fish and isn't great at doing things carefully. But a lifetime of slavery has made her aloof and closed off from the world, not to mention tough as nails in a fight. Part of her moe is seeing a moe girl bounce back from unimaginable hardship.

Meiko Honma from Ano Hi Mita Hana no Namae wo Bokutachi wa Mada Shiranai. (The Flower We Saw That Day) 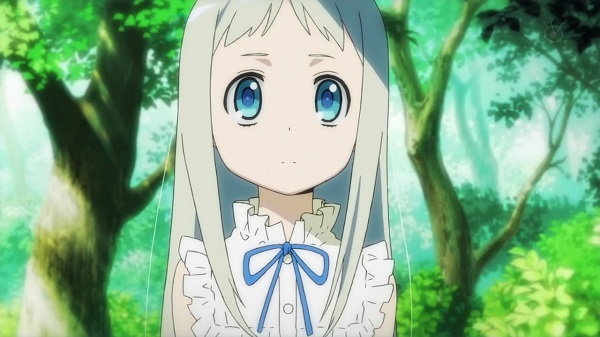 Living proof that you don't need a pulse to be kawaii. Meiko Honma, or "Menma", appears to reunite her friends, who have grown apart after her death. Even from beyond the grave, she only wants to bring people happiness. What could be more moe than that? 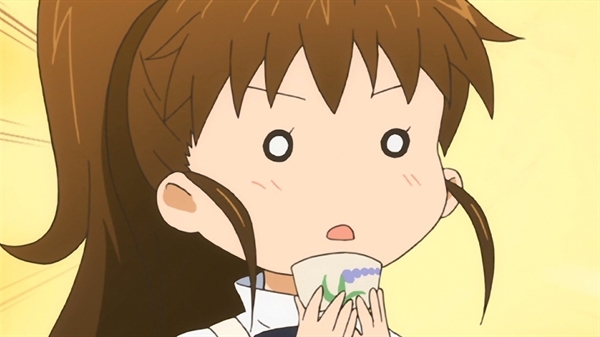 Popura was named after the poplar tree in the hope that she would grow up tall. Naturally, she's comically short for her 17 years, but don't let her hear you say that. She might look young, but she's a diligent and spirited face on the staff of the Wagnaria cafe. 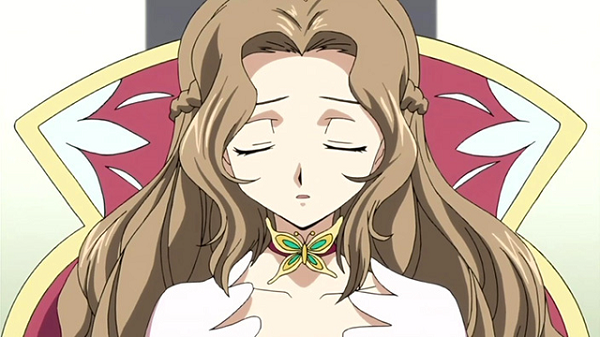 You just want to give Nunnally a hug from the moment you see her. Though an exiled Britannian royal, she is never without a kind word for her fellow students at Ashford Academy, including its conquered Japanese population. Blinded and crippled by an assassination attempt, Nunnally embodies the question of why bad things happen to good people. Everything big brother Lelouch does is to make the world safer for her. Even Lelouch is affected by moe, after all! 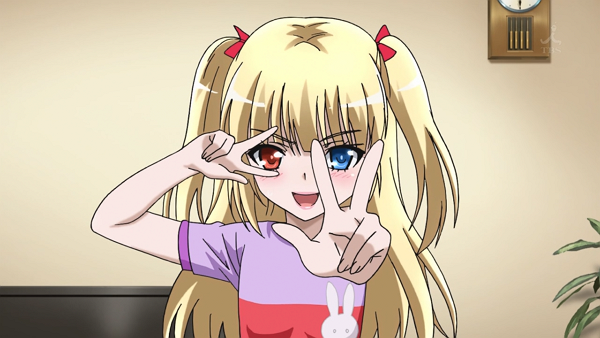 If she's not kawaii, nothing is. Middle schooler Kobato is shy and clingy, especially around her big brother Kodoka, and joins his "Neighbours' Club" for the socially awkward to be closer to him. She affects a highborn lolita style from her favorite show, Full Metal Necromancer, but easily breaks character when she's riled up. 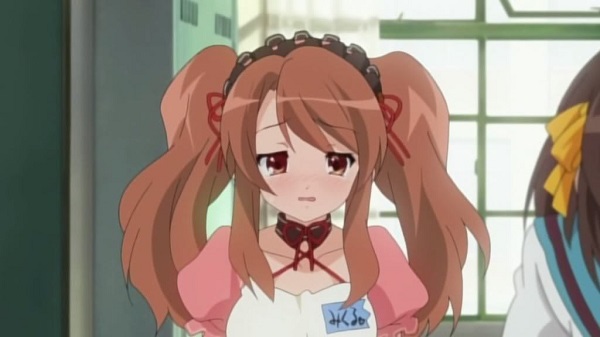 All together now: Mikuru is one of the kindest, prettiest, and clumsiest girls in her high school. Haruhi Suzumiya, knowing an archetype when she sees one, promptly shanghais her into the SOS Brigade. Cute, busty, and a total doormat, Mikuru is frequently exploited by Haruhi as the club's mascot—whether dressed as a maid, a nurse, or whatever else adorable needs cosplaying. She's the perfect mix of sexy and moe-cute! 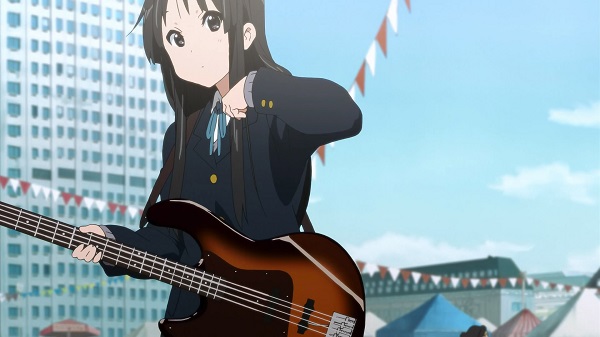 Timid and bookish, Mio Akiyama joins the light music club at the insistence of her childhood friend Ritsu. As she doesn't do well in the spotlight, she plays bass so as not to be the center of attention. Though she tries to hide her kawaii side, it always comes out in her songwriting; her portfolio includes classics like "Light and Fluffy Time." Moe is the cutest when it's hidden! 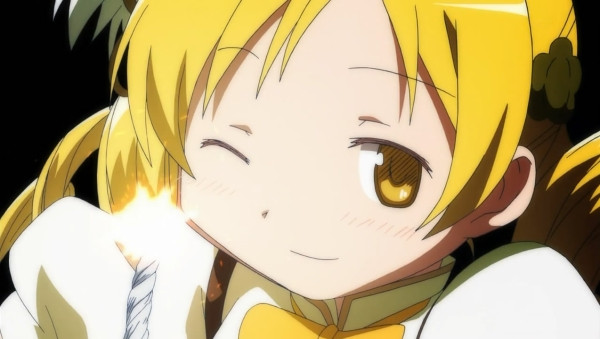 If kindness is the mark of a moe girl, Mami Tomoe is the gold standard. She introduces Madoka and Sayaka to the world of magical girls, maintaining a calm demeanor and downright heroic curls in the face of insurmountable peril. She's a skilled witch hunter who always finds time for tea when the day's work is done. In an often frightening world, Mami's definitely got her head on straight.

Shizu Murasame from To LOVE-Ru 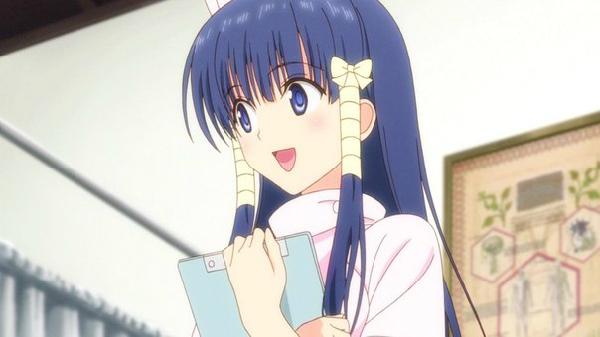 A ghost girl who died in the old school building over 400 years ago. Shizu is welcoming and friendly, but deathly afraid of dogs and prone to psychic outbursts when she's scared. To LOVE-Ru being To LOVE-Ru, this generally results in accidental stripping and molestation. After befriending the cast, Shizu works as a nurse's aide in the new school, though she still occasionally leaves her body when she's excited or surprised. 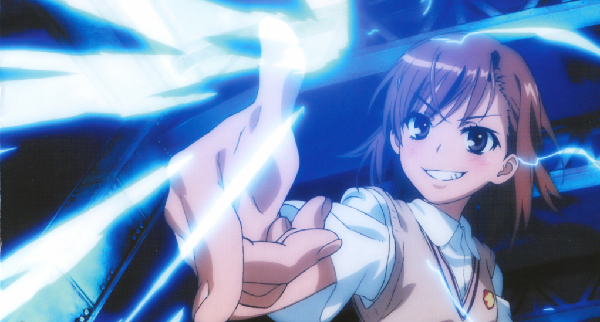 Nicknamed "Biribiri" after the sound of static electricity, Mikoto is certainly a sparky one. Though outwardly a feisty tomboy, she harbors a secret love of cute things. Underestimate her, however, and you'll find out exactly why they call her "The Railgun." Misaka's many sisters are equally as moe as she is.