The following is a list of all 24 anime which heavily feature baseball in chronological order.

Kyojin no Hoshi (Star of the Giants) 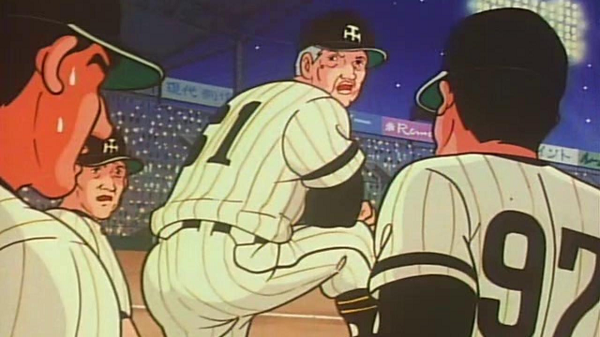 Star of the Giants is rather special, as it happens to be the first sports manga to receive an anime television adaptation. It's a baseball anime that focuses on the progress of Hyuuma Hoshi, the young pitcher who wishes to be a big league baseball player like his father. 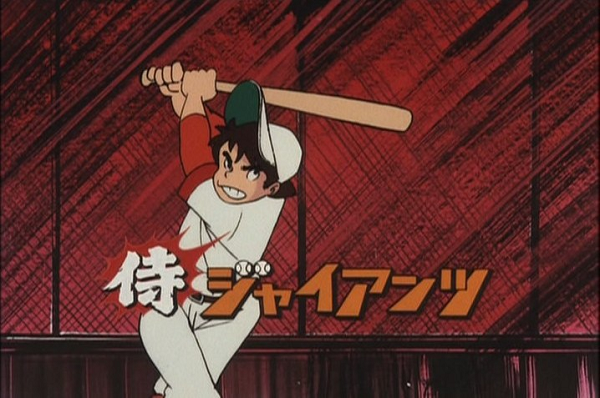 Ban Bamba is not your average pitcher, as he lives life by his own rules. Furthermore, he possesses the spirit of a samurai, which makes him a formidable force on the pitch. He is one of several archetypal figures in baseball anime during the genre's early years. 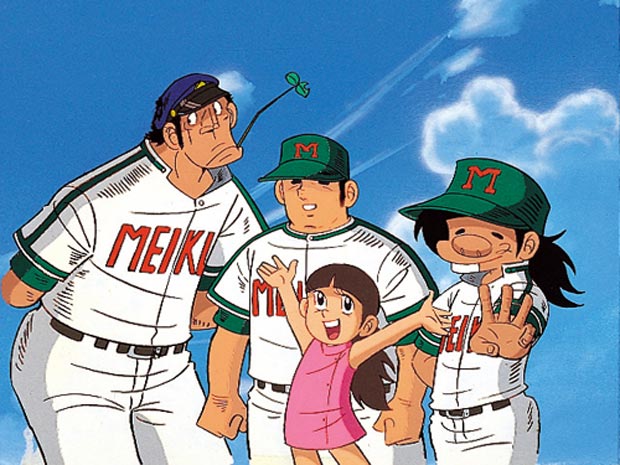 The growing pains of a high school baseball team are what made Dokaben such a popular series in Japan. Anyone that knows even a little Japanese, will have figured out that dokaben is a bento box. The series got its peculiar name from a kind of bento box that the main protagonist Tarou Yamada loves to eat. 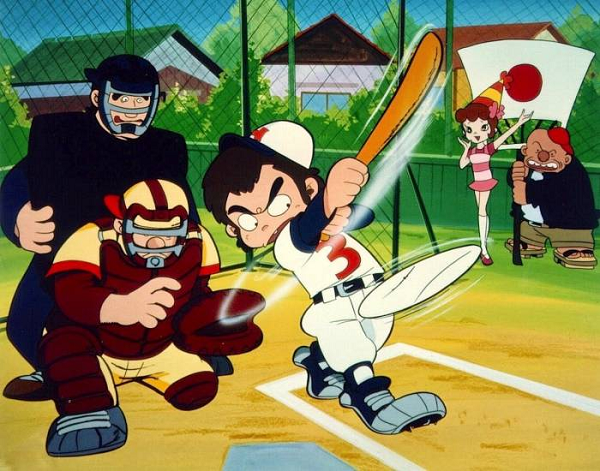 Kanta Tobase absolutely loves baseball, so much that he plays it in secret without his mother's knowledge. His mom doesn't hold the sport in high esteem, as she believes that her husband died due to baseball. But nothing will keep the young and talented Kanta away from the baseball diamond! 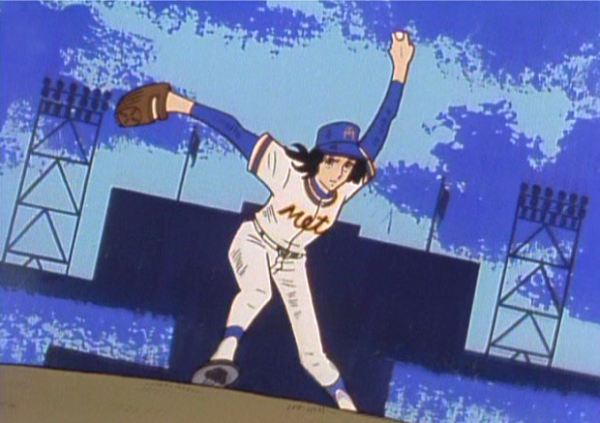 Yakyuukyou no Uta is a progressive and equal opportunity baseball anime which shows that women can perform on the pitch just as well as men. Yuuki Mizuhara is a college student who has arrived at a crossroads: she wants to study veterinary medicine but eventually becomes a baseball player. Life is strange like that! 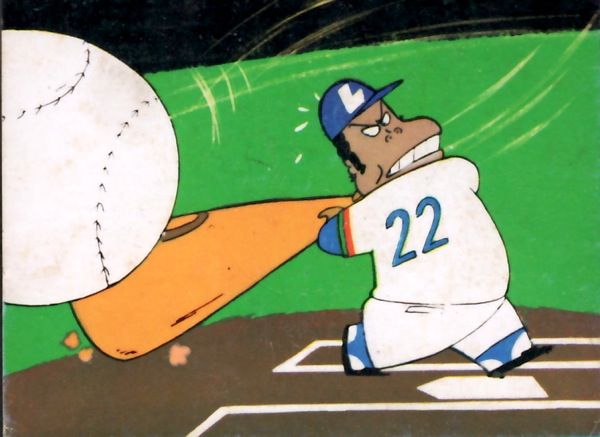 Ganbare!! Tabuchi-kun!! is a baseball anime which approaches the genre from a different angle. It's a series based on a gag manga, and the main character Kouichi Tabuchi is a real life Japanese professional baseball player. How cool is that?! 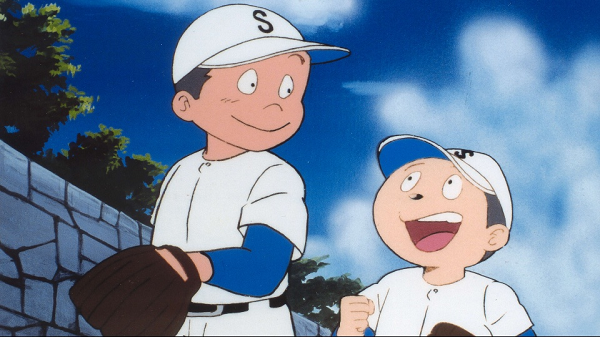 Captain is a baseball anime that is relatively unknown is Western territories, but is a much loved series in Japan. It's a coming of age story which follows the lives of four captains, as each one graduates from high school and the next captain takes over. 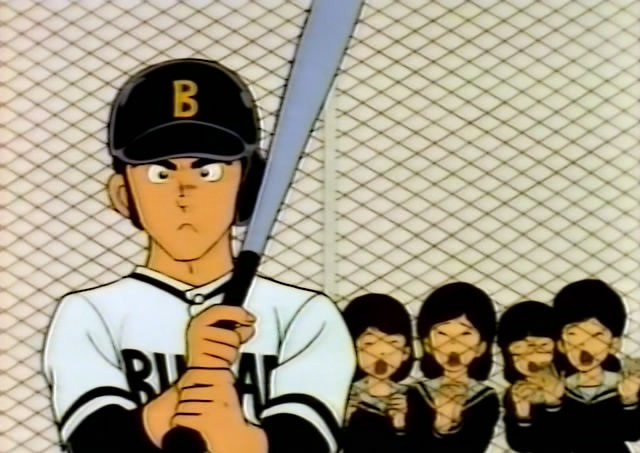 As the title of this baseball anime suggests, the story focuses on what it means to be one of the nine players on the pitch. But since this is based on a Mitsuru Adachi manga, there's bound to be some romance in there as well! Yuri Nakao and Katsuya Niimi share more than an interest in baseball. 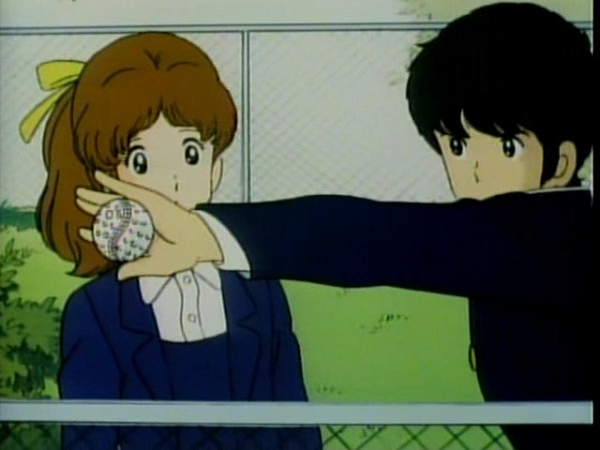 Tatsuya and Kazuya Uesugi are twin brothers who almost seem like complete opposites. But they both enjoy sports, especially baseball, and they also harbor strong feelings for their childhood friend, Minami Asakura. Romance, drama and even tragedy strike the characters of one of the most thought provoking baseball anime out there. 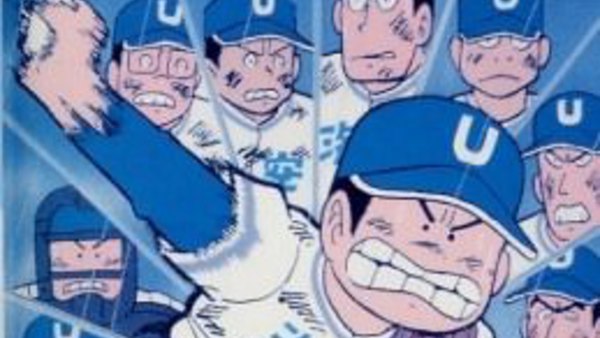 Some of the best stories always show us that no matter how bad we're at something, with sheer hard work and dedication we can overcome our limitations and rise to the occasion. Tarou Yamashita is in just such a predicament, he is an aspiring baseball player who just isn't any good. But with pure sweat, he gradually becomes the rising star of Umisora High team. 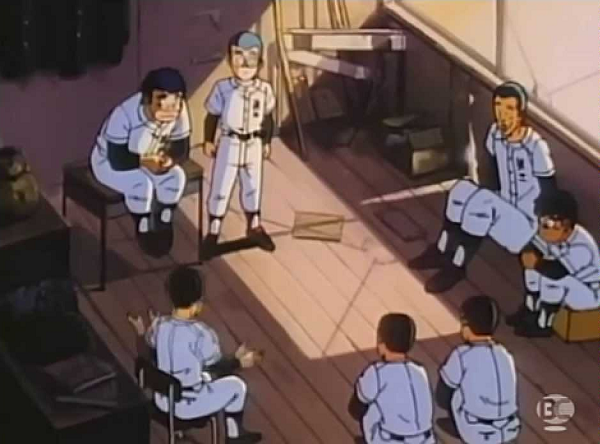 It's a real bummer joining one of your school's baseball teams and finding out that your fellow team mates are nothing but dregs. But Asunaro has enough fighting spirit and enthusiasm to help the team rise up from its pitiful state and even play at the famous Koshien Stadium. 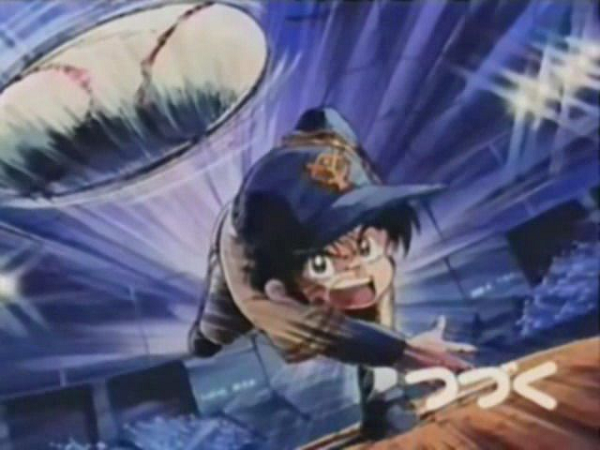 Domo Shinjo is the sprightly 10-year old with a natural talent for baseball which he inherited from his late father, who was a famous player for the Yomiuri Giants. The young chap goes on to be contracted by the Giants, and is soon playing in the big leagues, while displaying his magical shot which makes him a force to be reckoned with even by seasoned veterans. 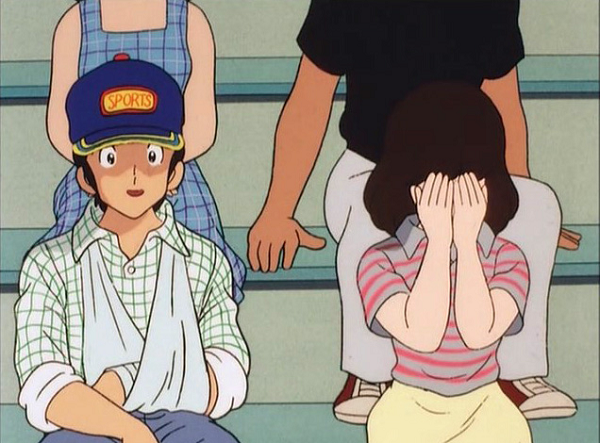 Hiro Kunimi and Hideo Tachibana are best friends but also baseball rivals. Hiro suffers an issue with his elbow, which causes him to switch schools and take up soccer. But this is only temporary, and Hiro is back as the lead pitcher of the new baseball team at his school. On the other hand, Hideo goes on to become a sensational batter at Meiwa Daiichi High in a very short space of time. 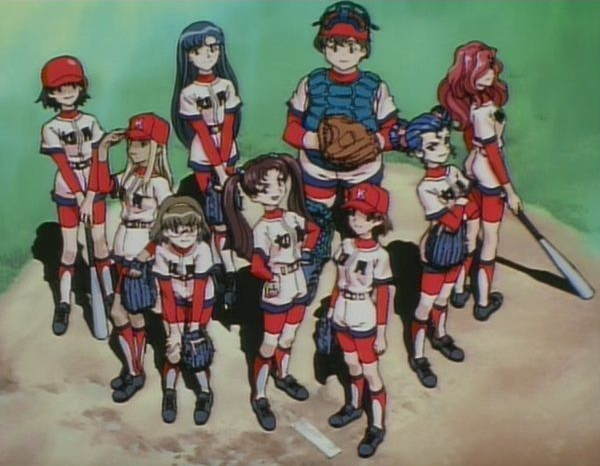 Nothing screams girl power like the enthusiastic and hardworking pupils at Kisaragi School for Girls. These nine girls have decided to form a baseball team, and show the boys that they mean business. Let's face it; baseball anime is just more interesting to watch when girls take the lead. 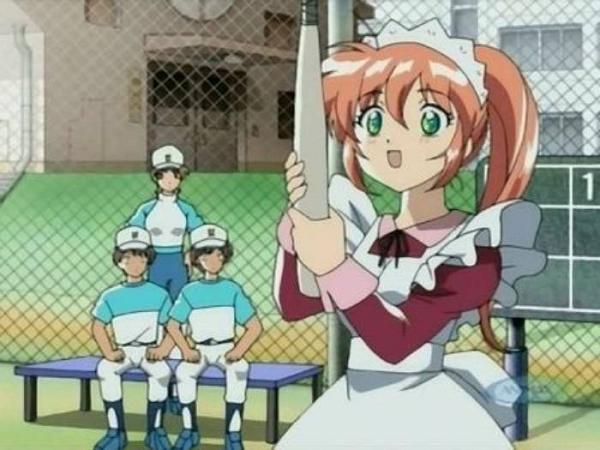 Robots are a reality, and they may even take away our jobs. But who would have thought that they would star in a baseball anime? The Karugamo High School Baseball Team is on a losing streak, and its players are leaving in droves. Harumaki Shunpei decides to buy Azusa, a robot maid to be part of the baseball team, because he couldn't afford a dedicated baseball robot. 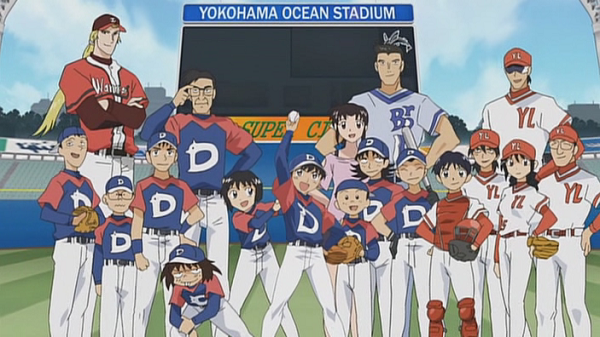 It seems to be a typical trope in baseball anime for young and up and coming main characters to follow on the footsteps of their fathers. Gorou Honda is a Little League who wants to be a Major League Battle just like his father. But will everything go smoothly, or will there be hardships ahead? Major is one of the most popular baseball anime around, with six full seasons! 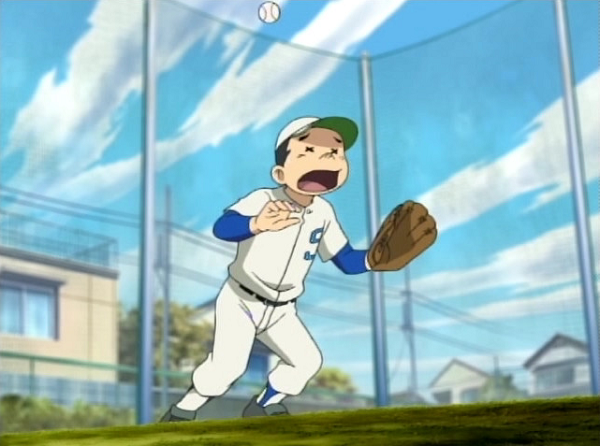 What is a young and enthusiastic baseball fan to do, when he is injured and he so desperately wants to play? Well, in Takao Taniguchi's case he simply stays focused and works hard to prove that he is worthy of being part of the school baseball team. 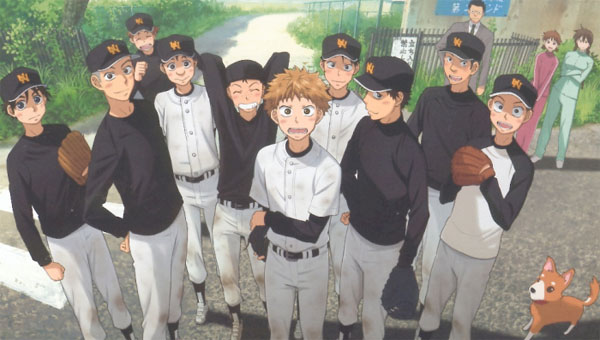 Ren Mihashi is a middle school baseball player who suffers from low self-esteem, due to feeling responsible for his team's constant losing streak. But is the bad performance of the team solely attributed to Ren, or is it because the team doesn't work together properly? 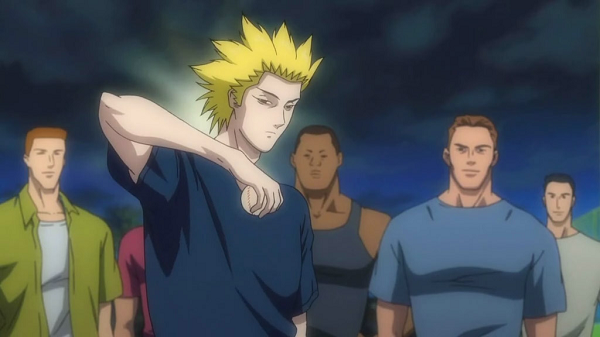 One Outs is sort of the odd man out in this list of baseball anime. For one, this is strictly in seinen territory as opposed to the typical shounen fare. Secondly, the main character, Toua Tokuchi, is street-smart and accustomed to living dangerously. He may not be the ideal role model as an athlete, but he is one of the most lethal pitchers with a record-breaking winning streak. 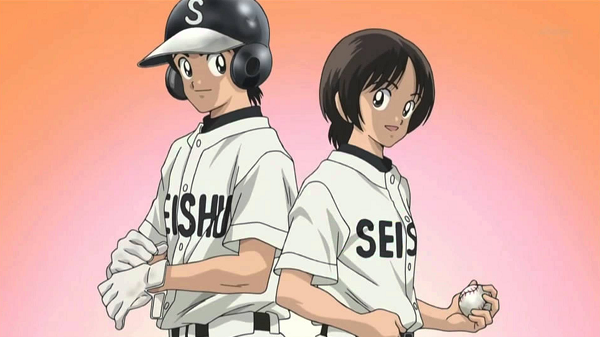 Kou Kitamura doesn't display his excellent batting skills to outsiders. But somehow, he always finds himself down at the batting cage which is owned by the Tsukishima family. He is almost inseparable from his childhood friend, Wakaba Tsukishima, as they spend an insane amount together. Unfortunately, not everyone around them is happy about this. 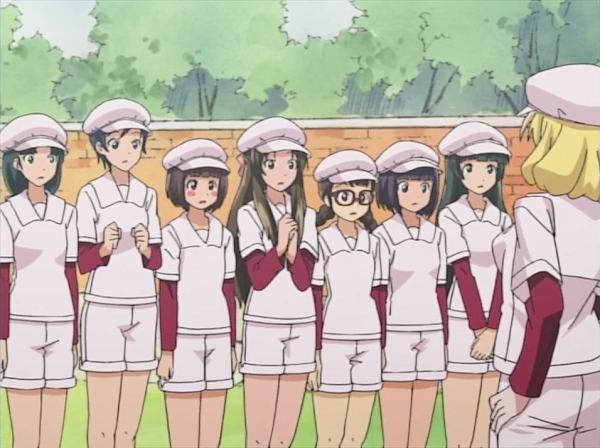 Girl power is not a new thing. In fact, it was pretty strong during the Taisho era. In the year 1925, baseball was relatively unknown in Japan, and the few teams that existed were all-male. But an enthusiastic teenage girl, Akiko Ogasawara, decides to form a girl's baseball team, even though there are some patriarchal types who believe women have no place in school, let alone on the baseball diamond. 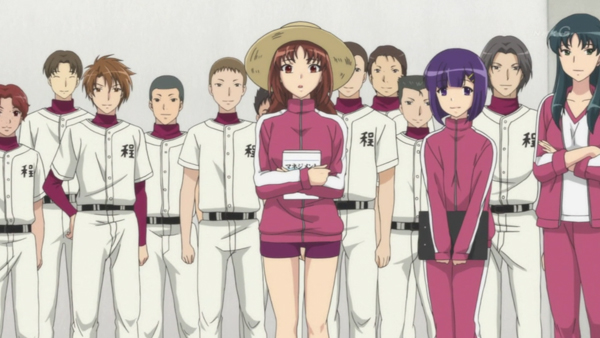 Many baseball anime focus on the dramatic developments in game. However, Moshidora takes a unique approach by showing how a baseball team is managed, particularly when business management concepts are applied. 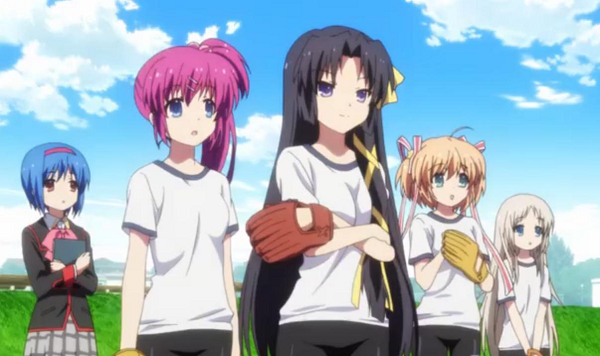 The Little Busters are rag-tag team of young misfits who spend their time fighting evil. During the final school year, they decide to get the team back together in the form of a baseball team―for old times' sake!

Diamond no Ace (Ace of Diamond) 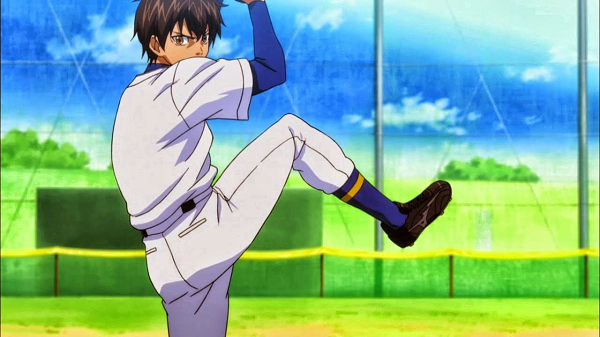 Eijun Sawamura is one bad-ass pitcher, as he throws a ball that is incredibly difficult for his rivals to hit. This may have to do with the fact that he is left-handed. But he definitely has potential and it's only matter of time, when he'll be playing in the prestigious baseball tournament known as Koushien. 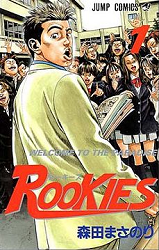 Can a bunch of high school delinquents, who only care about smoking and hitting on women ever become top baseball players? Well, Professor Kawato thinks that it might be possible, and he might even be able to transform these thugs into the finest players who take part at Koushien. 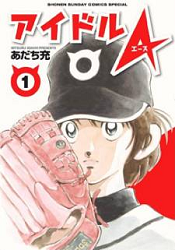 Azusa Satomi dreams of playing baseball for her high school team. Sadly, because of the rules regarding high school baseball in Japan, she's not allowed to play. But this won't hold her back; she switches places with her friend who looks just like her, Keita, whenever a baseball game is on. 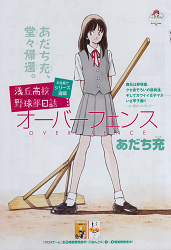 It's an emotionally rough experience managing a high school baseball club, especially when no players are joining it and it has to shut its doors. But Minori decides to soldier on, as she knows the history and the legacy the club has left behind.