Who should watch basketball anime?

The shortest answer would be: anyone who is interested. Of course, basketball players and fans have a very good chance of enjoying it, but the truth is that many viewers of this type of anime do not know much about the game itself, and even less about technical terms and rules. You shouldn't be put off only because you lack knowledge about basketball, keep in mind that there are many enjoyable aspects that will keep you entertained, and you might even fall in love with it. Therefore, if you are not fond of basketball or sports in general in real life, you might like it in anime world.

You should check basketball anime out because...

Because the artwork and the game itself will keep you entertained. Older anime shows from the 90s tend to have a rougher style while the more recent ones have more fluidity. However, if you are looking for a 100% accurate and realistic depiction of basketball, then you might be better off watching a real game.

They can be hilarious and weird at the same time. There can be even some cute girls trying to learn to dribble, slam-dunk, even pass while the balls bounce off their chests...
Entertainment is the key here, and most of the shows are made so the audience wouldn't get bored easily even if they aren't basketball fans.

These anime shows are not only about the game but also about the relationships between the main characters, their dreams, goals and struggles. Most of them take their training seriously and sending a message that you should never give up. They are also packed with lots of comedy and emotional scenes that everyone loves.

If nothing works for you from above, then definitely because of this. Ripped, sweaty and masculine bodies just waiting for you to bring it on. There is nothing wrong in enjoying that, especially since they are given so freely and generously. 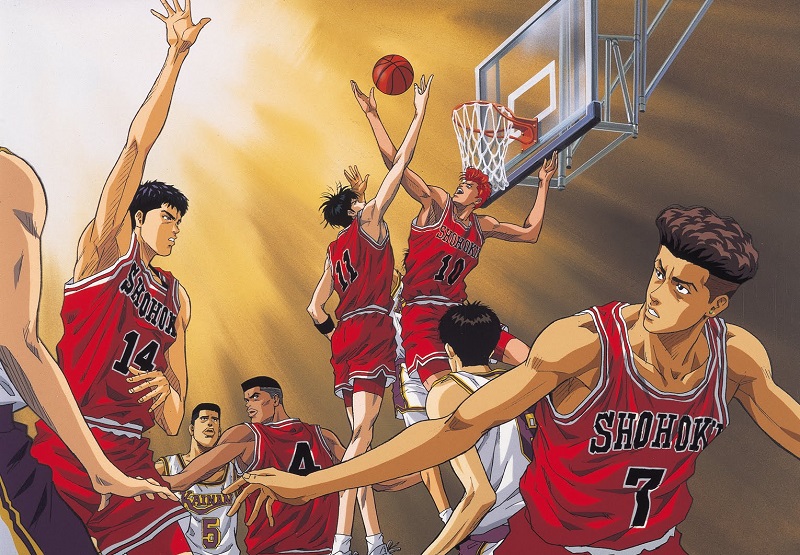 Slam Dunk is another basketball anime about a high school team Shohoku and the struggles of its members. If you love sports anime shows from the 90s, then you should check out this one. It has a rougher and more realistic style than Kuroko no Basket, but it is packed with lots of comedy as well. 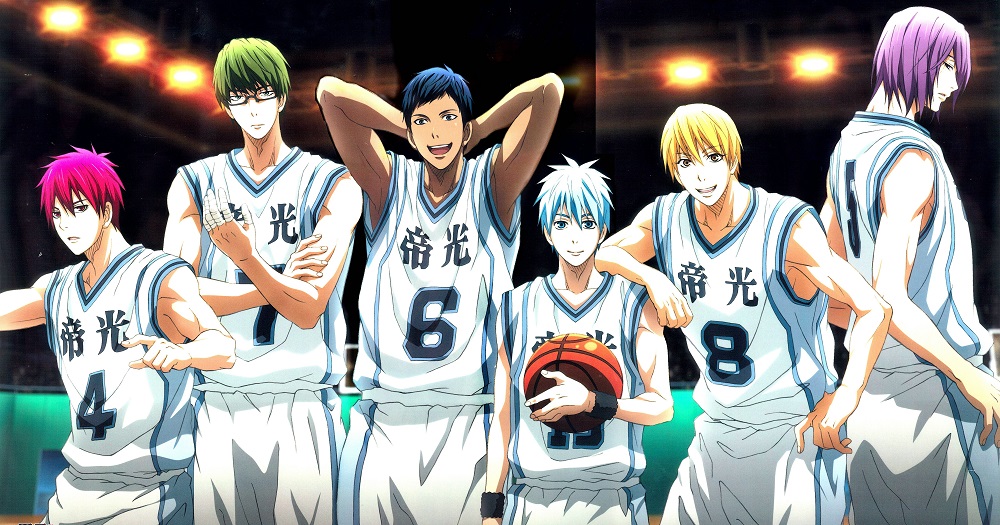 Kuroko no Basket is probably the most famous basketball anime in the world. Packed with humorous and cool scenes of hot guys with different skills, it could be even one of the most popular sports anime as well. The story follows Kuroko, an "invisible" member of the Seirin high school basketball club whose unique ability to pass perfectly makes a great addition to their journey of becoming the best high school team in Japan. The anime has been criticized for being unrealistic, but then again, you should watch it for fun, not accuracy. 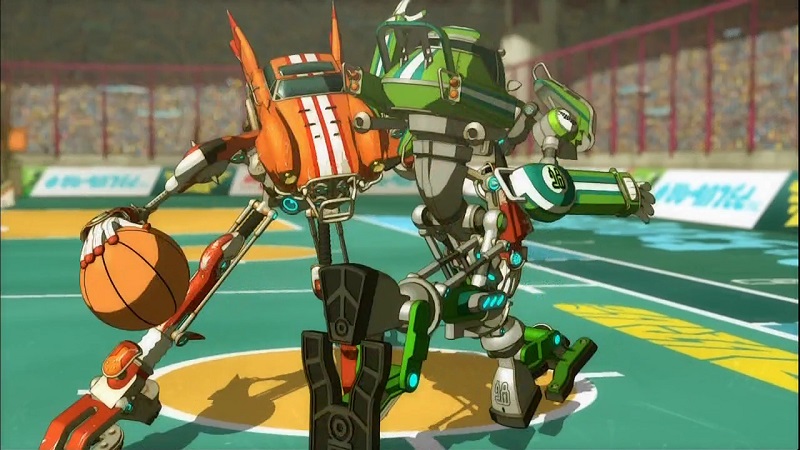 Basquash! is a new approach to the basketball genre, because instead of humans you've got robots playing basketball, dribbling and slam dunking! This anime is definitely for the fans of sci-fi and mecha who also enjoy watching basketball. 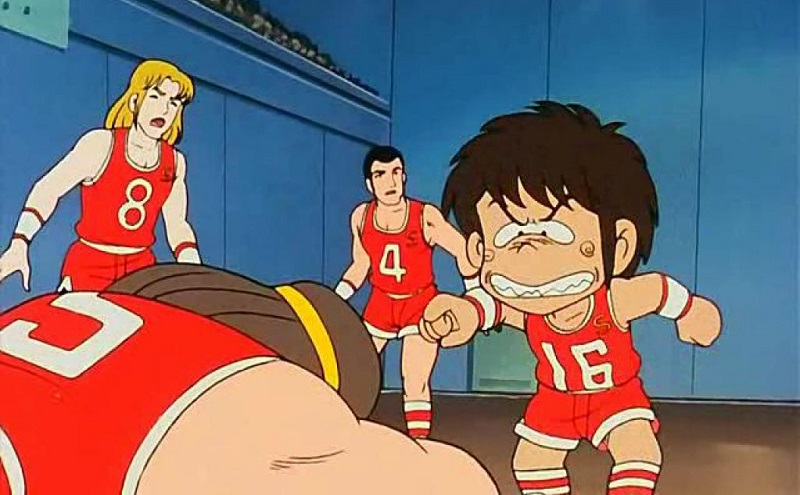 This is a pretty old ecchi anime show from the 80s that revolves around a short high school boy Kappei and his journey of becoming a basketball player. If you enjoy anime shows from the 80s and their art style, you might like this. 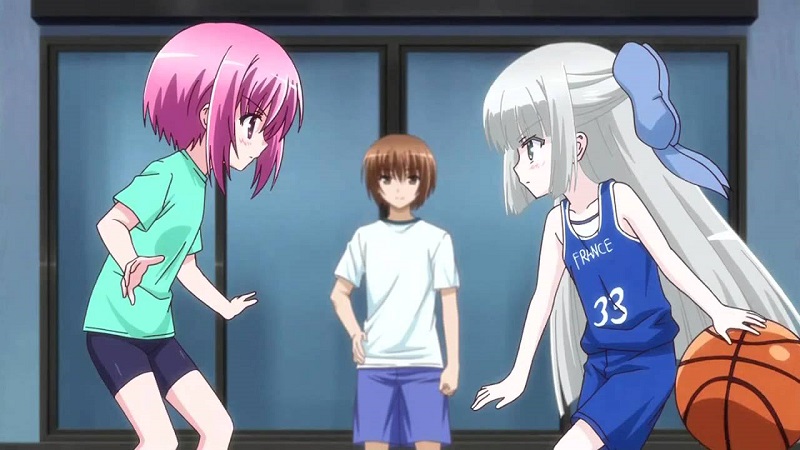 A basketball team of five young girls finally gets a coach, who happens to be a high school student. These five young girls are the sixth graders and at the beginning they are as bad as they are cute. If you are looking for an ecchi anime filled with petite girls who are just starting to learn to pass, dribble and dunk, then this is for you. 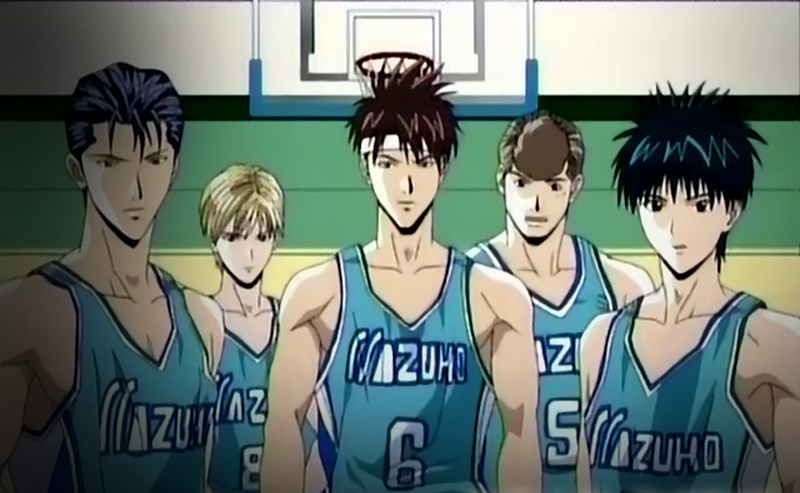 Dear Boys is another shounen anime show about a high school basketball team trying to make it big. It follows the story of an ex captain Aikawa Kazuhiko who moves to another town and now he is faced with dispassionate and disinterested members of the Mizuho high school team. Will he be able to change their views and start practicing again? 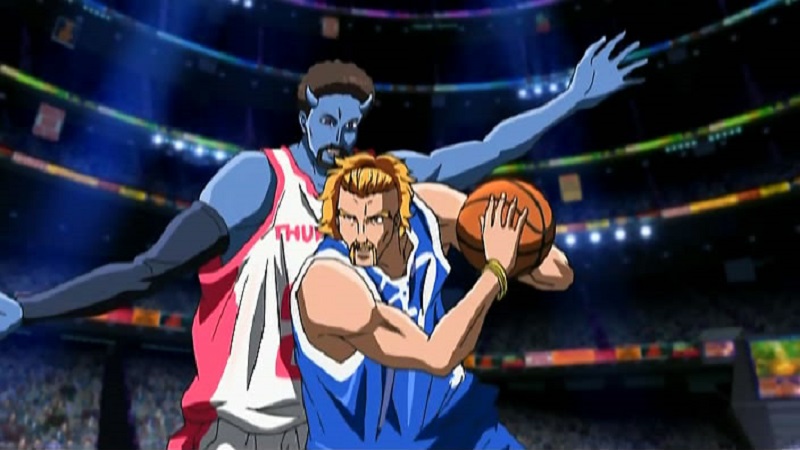 If you thought that it couldn't get any weirder, then you are wrong, because this time you've got basketball matches between humans and aliens. If the notion of an intergalactic basketball makes you curious, then you should definitely check this one out, because it is definitely unorthodox and different from the usual shounen shows. 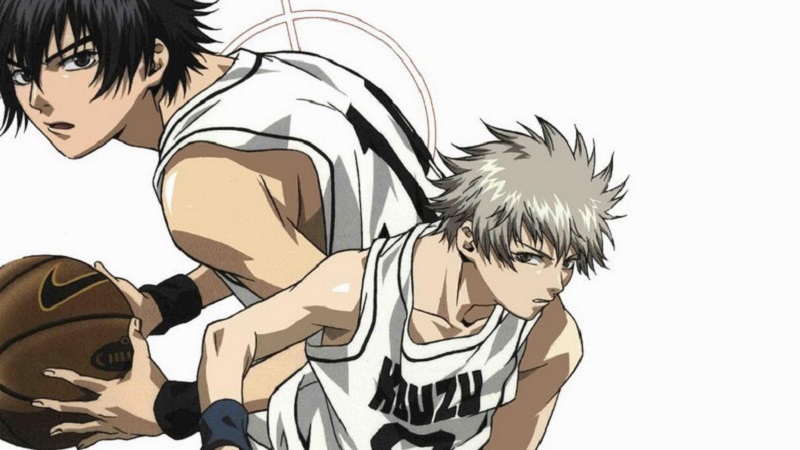 The short OVA about two boys who are big rivals but end up playing together as team mates. I'll/CKBC is not the usual comedy packed anime because it is more dramatic. 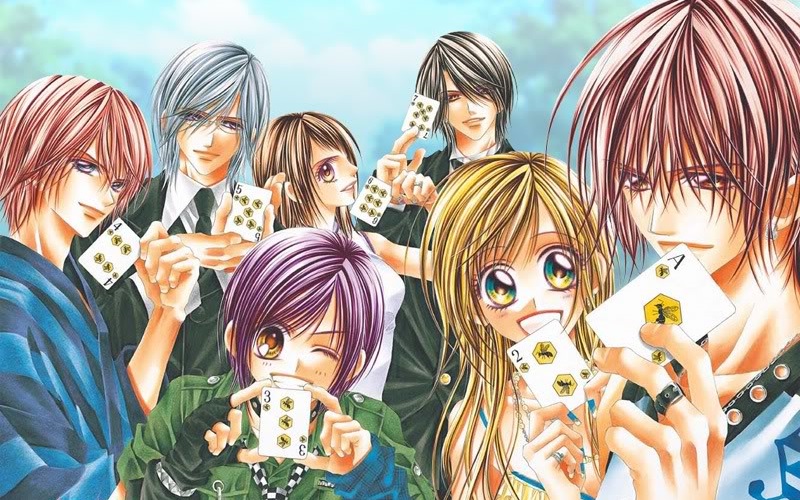 If you would like to check out a shoujo basketball anime for a change, then this might work for you. It is a short OVA of only two episodes, so you get only a glimpse of basketball and romance. 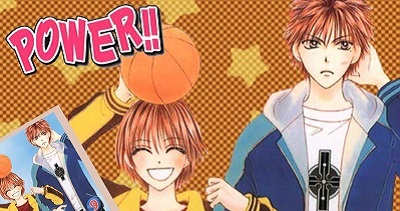 A gender-bender manga about a girl who gets enrolled in a new school's basketball team only to find out that her father introduced her as a boy. Her dream is to become an NBA player, but is that possible while pretending to be a boy? 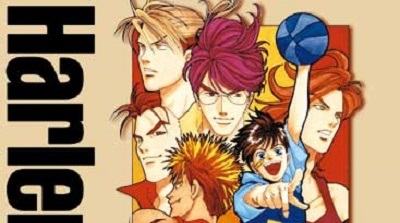 Harlem Beat takes a completely different approach to the usual shounen, organized and high school basketball. It takes you to the streets and back alleys where basketball is played as hard as on the real court. 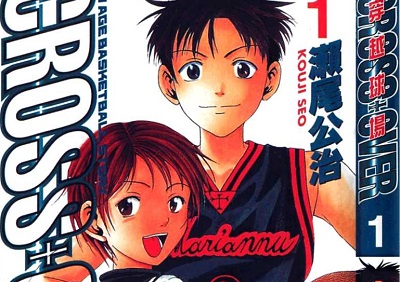 Ogata Natsuki is looked down by everyone because of his small size, but he does not want to give up. He loves basketball and wants to become #1. Is his dream going to come true, especially now, after meeting the girl named Tachibana Mitsuki? 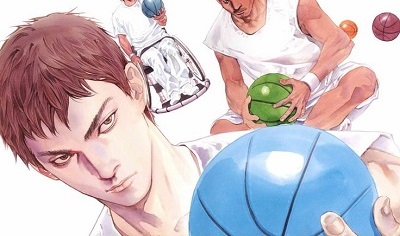 The award-winning manga that should be read by everyone and not only those who love basketball. It revolves primarily around wheelchair basketball and the characters who mature while doing what are they good at - playing basketball and struggling through everyday hardships. 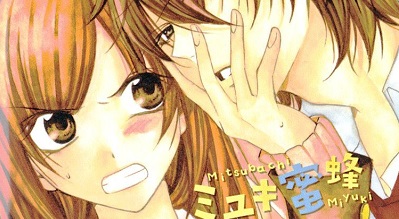 The romance between the serious basketball manager Machida Yuki and the boy who is part of her team but she cannot stand, Naruse Shou. However, the more she watches him playing the basketball, the more she likes him.