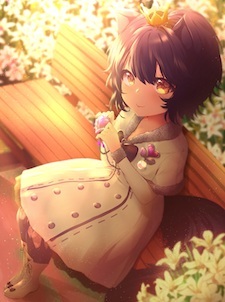 Welcome to the newly formed club, Mercuria Café. I appreciate you all for accepting the request and being in the club. And so, I have decided to send you out newsletters to keep you updated on the club. Also, I would have to ask to keep this club alive, the participation of members are needed.


۞۞۞Games:۞۞۞
Rate the song above you
Count to 1000
Ban the User Above You
What do you think of...
[Prize Game] - What anime character is this?
Have you ever?

۞۞۞Participation of Staff:۞۞۞
If you want to become part of our small staff, then you can apply here and help out! We are looking for card makers right now so if you want to be one then please help us out


۞۞۞Newsletter Sign-up:۞۞۞
Lastly, if you wish to receive more newsletters in the futre then please sign up here and sign yourselves up

i n f o
Hello! I hope everyone is having a great day and are
doing well in your exams if you have any. February is the month of love
as Valentine's will be falling upon us on the 14th. To celebrate
Valentine's Mafia Society is back with our 2nd Valentine's Event!
It will start on the 6th and end on the 14th. We have a ton of games
planned for you all to participate in, where you can play and earn points to
win prizes. You can find what these games are and their thread below.
The top 5 point holders will win a movie date over skype or rabb.it
with any staff member! Hope to see you there :)

YOU HAVE THE NEW NEP NEP GAME? I'M COMING OVER YOUR HOUSE TO PLAY IT RIGHT NOW!!!! I don't get a break until March. ;-;

Mion Feb 4, 2016 4:17 PM
What the fuck did you just fucking say about me, you little NPC? I’ll have you know I graduated top of my class in the Celestia Seals, and I’ve been involved in numerous secret raids on ASIC, and I have over 999 confirmed levels. I am trained in pettanko warfare and I’m the top CPU in the entire Gamindustri. You are nothing to me but just another dogoo. I will wipe you the fuck out with precision the likes of which has never been seen before on this dimension, mark my fucking words. You think you can get away with saying that shit to me over the Internep? Think again, fucker. As we speak I am using Lowee's Satellite system across Gamindustri and your IP is being traced right now so you better prepare for the Hard Break, maggot. The Hard Break that wipes out the pathetic little thing you call your life. You’re fucking dead, kid. I can be anywhere, anytime, and I can kill you in over seven hundred ways, and that’s just with my human form. Not only am I extensively trained in goddess combat, but I have access to the entire arsenal of Lowee's Defense Corps and my HDD Form, and I will use it to its full extent to wipe your miserable ass off the face of the landmass, you little shit. If only you could have known what unholy retribution your little “clever” comment was about to bring down upon you, maybe you would have held your fucking tongue. You couldn't, you didn’t, and now you’re paying the price, you goddamn idiot. I will shit fury all over you and you will drown in it. You’re fucking dead, kiddo.

Please save and re-host. The card will be destroy in 3 days.
CTRL+F to search your name.

click here
Sorry for the extreme lateness.
Have a nice day~ 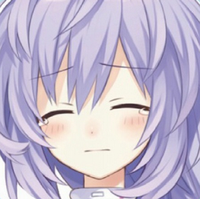 Hello Dear Subscribers!
Once again it's that month, the lovely month... the month for love ♥ ♥ ♥
Do you want to be my valentine? xDDD Hope you have someone to spend this lovely day with.
(....... no, virtual/anime/manga loves doesn't count xD)
As always thanks for being part of our club. How are you doing?
Hope everyone is healthy and doing great~

Special Notice : Recruitment!
Our club love making cards and creating card editions for our dear members to enjoy.
We are currently looking for card makers to help us offer more to our members. Also, what about claims?
They are pretty good, right? Can you help us out or know anyone that would want to lend us a hand?
Let them know and invite them over XD
If you are interested, or know someone who's pretty good at graphics come and be part of our lovely staff.
Even if you're new to the graphic world, please do consider joining us if you would like to improve~
You can check for more information in this post. Don't be shy~

Loyalty Cards
Are you one that likes collecting a bunch of cards? You are?!?! O.O
Then the Loyalty Card is perfect for you! Since it will allow you to request for more cards! For real! xD
(plus it can be used to show off how loyal you are to the club ^^ )
If you don't have one already, feel free to request it here.

Also, did you know that once it's completed, you can ask for some rewards? Cool, right?
Our stamper will notify you when your card is fully stamped so you would
need to request a new one in order to get to Master Loyalty Cards.
Level Up Here. More cards you can ask for as a reward :D

Remember: Everyone needs to use their loyalty card frequently.
If the loyalty card isn't used in a period of three (3) weeks it will be deleted.
Then you will need to request a new one and start from level one :(

BINGO Event
We are playing our Bingo game again!
Thanks to everyone who participated during the previous month's game.
Also congrats to VHBP! since it's last month first place winner.
Not to forget 2nd to 4th place too: EvianBubble, Mahapadma and Hysteria
Our winner asked for a special edition so be sure to ask cards from there too.

Hope to see a new winner this month and once again many, many thanks for playing with us~

Bingo calling is available in this thread.
Read carefully the rules and keep on checking consistently~ If you are one of those who missed the chance to ask
for a bingo card you can keep an eye on the club. Once this month's game finish, we will open the sign up
for the next month! We hope to see more members participating~

Secret Admirer Event
Since it's Valentine's Day in two weeks, we're hosting our first secret admirer events
where you can request the cards available in this thread and start spreading your love around :)

Anime Challenge: Highest Score
Take a chance to participate with us and watch a new anime that others users may consider a masterpiece!
We invite you to check it out here~

We hope you're enjoying your stay at Dear Clouds.
We plan to continue doing lots of things for our members. Thanks for being with us and stay healthy :)
- DC Staff
All Comments