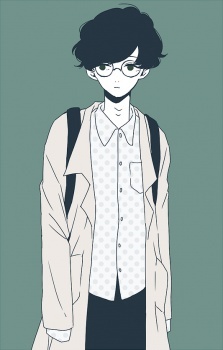 ItsPeko Aug 22, 2:09 PM
omfg, hi poke it's raid I legit only just saw you left a comment back in 2019 I don't have that account anymore but It was nice seeing you left a message!

Noctically Apr 7, 2019 7:51 AM
You didn't watch The Promised Neverland yet D: nooooooooooooo

you mean same genres as Zhan Long? I think its fairly decent but not great
a few suggestions here

Hidden Assassin: the mc is a professional killer and is highly skilled in combat
similar to Zhan Long in certain aspects, the novel focuses a lot on mc's life after a certain event (not going to spoil here) occurred
another similarity is that mc is consistently being tasked to protect other people (you can say its a harem for him since those are girls)

My Wife is a Beautiful CEO: LUL this one is a must-read for you then I guess
basically the mc is a guy who is proficient in various fields (including in combat) and is a nobody before he fatefully encounters the female protagonist (who is a CEO herself)

Rebirth of the Thief Who Roamed The World: basically sao but replaced kirito with a master thief
its quite dramatic but its not predictable

as for aku no hana, the manga is better imo you should check it out as well if you are an avid manga reader!
the anime has altered the art style with rotoscoping thats one thing that makes the anime unique I guess

you must have finished those LNs on your profile right ? xd its been awhile
what LNs are you reading right now?

* how's the slime manga treating you so far? Im watching the anime now and its so much better than goblin slayer

MAYOIII Nov 30, 2018 3:36 PM
dang this is pretty late lol
Ive finished it several weeks ago already
same!! well it isn't that exciting tbh and the pacing is fairly inconsistent
but I do enjoy the comedy of it! and I don't think it should be taken seriously as a mystery/adventure story
overall, id say yes but its certainly doesn't has depth
id also like to point out the minimalism of your profile
i like that colorful gif!
i'm surprised you haven't seen aku no hana yet because most people who like colorful have watched it lol
All Comments