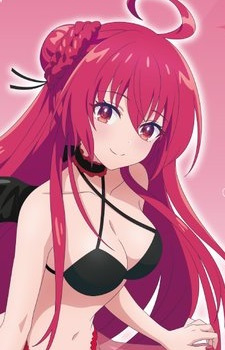 Silent_Shadow05 Jul 27, 5:25 AM
i will send you a friend request even though you havent seen that much yet like me we share a pretty high affinity.

TheKawaiiZombie Feb 13, 2018 10:56 PM
7 episodes in and Sora yori mo Tooi Basho keeps surpassing my expectations. It's the best anime of the season excluding sequels, and even if i include sequels, there's only 1 anime i'd score higher.

TheKawaiiZombie Jan 5, 2018 7:39 PM
I see you watched Grancrest Senki and scored it a 4. I didn't want to start it because i was sure it wouldn't be good, now you pretty much confirmed it XD. Anyways, my thought for this season so far: Decent. I only watched 4 anime so far, but 2 of them (Yuru Camp and Sora yorimo Tooi Basho) are pretty interesting. The other 2 were average at best imho though. Gonna complete Shoujo Shuumatsu soon. I really like it so far.

TheKawaiiZombie Dec 27, 2017 9:10 PM
I just completed Houseki no Kuni and i loved it. It might just be the 2nd best new anime this year imo.
I have a couple anime left to watch (Gonna complete Shoujo Shuumatsu next) but if i was to do a top 3 anime of the year (No sequels included) i think it'd be this:
1. Made in Abyss
2. Houseki no Kuni
3. Tsuki ga Kirei

TheKawaiiZombie Dec 23, 2017 10:01 PM
Woah, i didn't realize Houseki no Kuni's score had risen to high :O. I haven't watched that one since episode 2. Not sure what my top of the season will be, i'll think about it when i catch up with all of them. Plenty of time for this during the holidays. I do know one thing though, and i think you'll agree: Inuyashiki was a disappointment.
Mahoutsukai i haven't watched in a while on purpose so that i can watch multiple episodes in one go. As for Shokugeki, this is the weakest season so far, but i still really like it, i love the manga (But yeah, it has become less original with time). Shoujo Shuumatsu was pretty good so far, was halfway done with it, will watch the rest soon.
I'd say Gintama is my number 1, even though this is by far the weakest Gintama season. It's still Gintama, which is easily the funniest comedy i've seen and the most original shounen of all time probably.
I never started Konohana Kitan, i might start it if i have time between this and next season, but as for your top 2, i will for sure complete them and when i do i'll tell you what i thought.

TheKawaiiZombie Oct 7, 2017 4:22 PM
The Season is starting off pretty good so far, here's my top 5 as of today :
1. Gintama. Porori-hen
2. Mahoutsukai no Yome
3. Shokugeki no Souma: San no Sara
4. Kino no Tabi: The Beautiful World - The Animated Series
5. Just Because!
This will probably change but i think the top 3 will stay the same. I still have to watch Kekkai Sensen Season 2 which came out today too, this might make it in the 4th or 5th spot.

TheKawaiiZombie Oct 1, 2017 1:25 PM
Fall 2017 has started, and with my favorite anime :).
Gotta finish some of those past seasons anime soon.
There are so much great sequels coming this season, that makes me super hyped.
There are also a couple new anime i'm hyped for too like Mahoutsukai no Yome and Kino no Tabi.

TheKawaiiZombie Oct 1, 2017 9:02 AM
Ok, just so you know, the 3 OVA of Mahoutsukai no Yome shows the past of the main character so when you watch the anime, if you're interested in her past be sure to watch it :)
All Comments