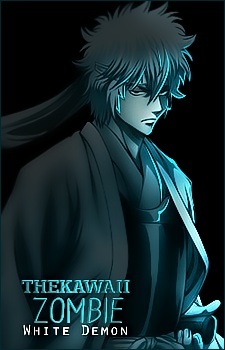 Shoujo Shuumatsu Ryokou was pretty thought-provoking and interesting to watch. I really love the two girls' conversation. Its rating is now 8.08. Houseki no Kuni was surprisingly good as well, especially towards the end. It is pretty unique on its own. Previously the rating was around 6, now it rose to 8.40. I also enjoyed Konohana Kitan because of its relaxed atmosphere.

Recently I have decided not to watch Shounen anime anymore because they tend to follow the same expected format. I have dropped Shokugeki no Souma and Kekkai Sensen & Beyond. I have also dropped Mahoutsukai no Yome because of its slow pacing, and because it feels like it is becoming like a Shoujo anime.

I have not watch the OVA yet, but may consider watching after watching the main series. I am looking forward to Mahoutsukai no Yome and 3-gatsu no Lion 2nd Season. And maybe Inuyashiki.

There is still a some more anime that I have not watch yet, so at the moment these are the ones I enjoyed the most. I recommend that you watch Mahoujin Guru Guru, it was freaking hilarious despite its retro look. I actually watched the 90s version of it first before starting this one, and I enjoyed it a lot.

Yes, I would strongly agree that this season is pretty weak.

tetrix1993 Jun 26, 2017 8:18 PM
You can still watch Osomatsu-san for the comedy and you will still find it funny.
Knight's and Magic looks good in manga, but I hope they adapt it well in anime.
I am referring to Youkoso Jitsuryoku Shijou Shugi no Kyoushitsu e, not Ballroom e Youkoso. I won't watch Ballroom because I know it will be something like Yuri On Ice which is another fujoshi bait. On the other hand, Youkoso Jitsuryoku reminds me of Baka to Test which could be a fun anime to watch.

Osomatsu-san is quite funny too, and it is very popular among the ladies in Japan (there are so many anime merchandises on it all over in Akihabara and many fujoshi loves them) I don't think I will be watching it again because of the fujoshi baits.

I also agree the upcoming season is weak, there isn't much that stands out until I watch it. I heard Kakegurui is very good from TheAnimeMan, so I am looking forward to it. I'm looking forward to Tsurezure Children because I am sucker for romance comedy (without love triangle). There is also Knight's and Magic which looks interesting (I read the manga and it is quite good), and also Youkoso Jitsuryoku. The animation used in Made in Abyss is pretty and unique, so another one to look forward to.

tetrix1993 Apr 6, 2017 1:53 AM
Finally the latest episode of Kobayashi-san has ended. I have made my rankings for Winter 2017 season here. Shouwa Genroku Rakugo Shinjuu is my top anime of the season, it was a masterpiece that no other anime can beat it! Demi-chan wa Kataritai is my next favourite, followed by Little Witch Academia. ACCA has risen in rank as well and is one of my top 5. Youjo Senki also ended on a good note. I decided to give Tales of Zestiria a lower score because I expect a rather cliche ending which I hate to see. I give eldLIVE a lower score because of the last two episodes that were "rushed" and the drama there was "forced". The most disappointing anime (other than those I dropped) so far are Fuuka and Masamune-kun no Revenge. The ending was terrible and I really dislike the "forced" drama of indecisive characters.

As for the new anime this season:
Alice to Zouroku - the story is pretty interesting so far. It is pretty rare to have an old man and a little girl as the main characters. The CG animation can be improved though.
Sakura Quest - I think this is one of the most original anime I have seen so far. Starts off decent, but I like the end of the episode.
Boku no Hero Academia - I find it pretty okay. Nowadays I am not really fond of shounen anime, but at least it is better than most shounen out there.
Granblue Fantasy - I already watched the first two episodes of it in January, and so far it is pretty boring and seems to be a repeat of a typical game adaptation like Tales of Zestiria. So far I am not impressed.
Rokudenashi Majutsu Koushi to Akashic Records - Another typical generic harem anime (or maybe not harem?). The only thing that is saving the anime is the male MC himself. But I have very low expectation on light novel adaptations of harem series such as this one. So I will see how it goes.
Busou Shoujo Machiavellianism - Another typical generic harem anime. Nothing much to say... but I would say reading the manga is much better.
Sakurada Reset - This one will air for 24 episodes! So far it is okay, but can be quite boring because the characters tend to speak in monotone. I can feel the Drama and Mystery "feel" coming out from this anime.

I have other anime to look forward to as well, especially Uchouten Kazoku 2. Hope this season will be a good season.