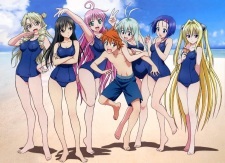 ForTheCuteThings Apr 12, 2020 2:08 PM
Hey there!
Damn we haven't talked for a long time, how have you been?
I was catching up on some series lately, one of them is Koisuru Asteroid. It motivated me to start learning about star formations and our solar system, gathering information and writing it down neatly in a notebook. I haven't gotten far yet, I was struggling to find a starting point but now I have a "battle plan". So far I have some stuff on the Sun, Mercury and various terminologies.
A while ago I noticed that you completed the show, judging from your profile description it must've been right up your alley :D how did you like it? (No spoilers please)
I try to watch only one episode per day at max, so I will be in the mood to study space stuff more often. Do you have any astronomy/space anime that are somewhat similar to Koisuru Asteroid so I have something motivating even after finishing it? ^^

Maple-Senpai Dec 4, 2016 1:31 AM
Nice to meet you too my fellow otaku. But, I can't seem to remember when I recommended Anime to
you. Sorry, my memory isn't that good xD.