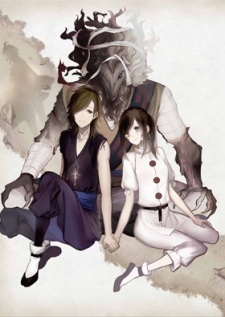 Romanee-Conti Aug 31, 11:57 AM
Really nice review on Shoukoku no Altair!

Nillwas Aug 16, 9:57 AM
Always enjoyed RE:Zero, if it exist anything that I would dislike in the anime. It woud be when Subaru tells Emilya-tan that she is in a huge debt to him. He is laying in his bead screaming like a child after he got beat up by julius.

And so far my favorite ep's would be the latest ep's.
I do looking forward to the next ep's.

Nillwas Aug 6, 7:43 AM
I will watch it, see if I can watch it later torday or tomorrow, it was a rather enjoyable anime.

I have been watching Isekai shows latley on crunchyroll and I found one I do think you woud enjoy watching.

The feeling the show gave me was a mix of Magic Knight Rayeart and Tenchi.

It was a fun journey with a sweet ending.
If you have the time, try it out, I really do think you woud enjoy it.

Either way have a great one mate and take care :)

Nillwas Jul 2, 5:07 AM
The only restriction sweden has ws not more then 50 people at the same place, and yeah we closed our borders, that's everything.

Well, I woud say it's sounds nice to work from home, it's a good thing that you have that kind of work.
My father lost his job recently, thanks to the virus.

Nillwas Jun 29, 9:50 AM
Yo mate, well I'm in hell too, I got a new doctor and she has fucked everything up for me, so it might be that I will be forced to start working 100% again and that will literally kill me. I'm not in any kind of state where I can start working full time again.
So we have something called Försäkringskassan here in sweden, and they take care of people when they get sick or if you lose you're job they can help you out, or if you get hurt etc. They are build to help out the swedish population, but in my case they are denies my medical certificaten. What means no money and I can't pay bills.

So, yeah we are both in hell, it's killing me inside already, all of this damn feelings inside.

But how are you then mate ? What have been going on in you're country ? In sweden we haven't really done anything against Corona, we just letting it be and ignor the facts that it exist.
Are you back on work now ? Or still working at home ?
I do hope you are fine mate :)

Quanzhi Fashi aca Full-Time Magister, is not a show for you, I can assure you of that.
It's more my type of show.
It's nothing at like The King's Avatar, Full Time Magister is more you common Isekai anime where the MC is powerful, and the only reason for that is that he is the MC.

If anything try this one out mate: https://myanimelist.net/anime/39463/Gleipnir
It's a fun show, what I like about it, is the female main character, she got a very unique personality.
The female main character got a sister that has disappeared, so the show focus on finding her and solve the game that plays out in the city they live in.

It's you're typical action show with super power, but what made it fun was the female main character and her sister, as they are as they are.
A bit wierd in a good way, that makes it fun to watch and exciting to to see what happens next.

It's a show to watch for the entertainment of it and how good looking and wierd the female lead is.

As Food War is not finish this season I woud call Gleipnir the best show of spring.

I don't know if you knew this, but the anime of We Never Learn a huge portion of season 2 was made up by the studio. The author of the manga went out and said thanks to the studio and thought it was a good ending as a full adaption woud not happen.
So maybe read the manga ? I know who won in there too, not the biggest fan of the mc's pick. BUT the author of We Never Learn will do a side story for each girl. So in the end we will have a route for each girl, that's nice.

When it comes to Quintessential Quintuplets, I don't know if they will show us who the girl is in the past, as news about the anime will have it's own unique ending too as We Never Learn had.

As I know a bit about what happens in the manga I can say that the author have been trying to have each arctype of dere in the manga.
It haven't really been that clearly in the anime yet, the girls will go fking crazy x)

Well Miku is Dandere and most people do take a liking in this kind of girls, I do to.
Nino is a type of Tsundere,I like Nino, putting sleeping medicin in the main characters food at the start of the show, haha.
Maybe they will do a better explanation about the girls in season 2, lets see what happens.

The only girl I'm not the biggest fan of is Yotsuba, she is a bit to HYPE up for my liking. She is rather cute, but a bit to much, wish she coud relax a bit.


HAHAH, mate. This Winter season, what in hell is this. It have been 6 long weeks, I'm soon finish just two shows left to watch. But fuck me, it have been the worse season I have watched. The thing is most shows was rather boring, a lot of them was really well made, nice animation, nice soundtrack, nice voice-actors, but the story was boring and the character was bland.
And as I'm rather casual I normal find a lot of shows with low meanscore that I end up enjoying and most people ignor, but this time none, zero nothing.

And Pet was just boring, pure boring, waste of time and money creating something like Pet.

Ofc the season had fun stuff, but it was far less then normal, it was rather boring, really boring, rathet disappointed in this season..

Season 1 is best thanks to the warm feeling the shows gives out and it's the season that made me enjoy and feel most excited about.
Season 2 is nice as it's where Taichi is start to really growing.

I did enjoy season 3 really much, we did see way more focus on the Queen and King, the only problem I woud have woud be the last 2 ep's.
Don't really know why it was a good idé to add in those 2 last ep's and then don't release any news about season 4.
As right now it feels like I have a huge whole in my soul right now.

But one thing for sure, Taichi is one of my favorite male characters and I love how he is starting to take the game more and more seriously.
And I do hope I have right that the King was starting to play/coach Taichi in the last scenes of the last ep's.
I do hope he comes back stronger then ever.

Amd I'm rather happy that the romance really have been starting to kicking, but it shoud not have happend in the last 2 ep's without any kind of news about what will happend next with the anime.
Will we be here and wait 9 more years for season 4 ?

It feels like something put a dagger into me and removed a bit of my soul with that damn ending :/

This sibling harem show, is one of the most enjoyable harems I have seen in a long time. I really enjoyed thanks to how different the sibling was and how they all is falling inlove with the main character.

I enjoyed the Sibling Harem way more then we never learn.

Eps 12 of Eizouken ni wa Te wo Dasu na! was really good, but i coud not stand it when the girls jumped into the fantasy world. I thought the quality of the story become wierd as shit. I just coud not take a liking to it, I rather have it as they did when they showed the movie in school with the girl fighting a tank. That was really cool.

Nillwas Apr 30, 6:32 AM
Watched around 4 ep's of Eizouken ni wa Te wo Dasu na, now.
Each time the characters jumps into the drawing's I'm losing interested in the show.

I don't understand why that was added into the show, it's ridiculous stupid.

If I woud not rate the show based on the extremly stupid fantasy element that have been added into this show I woud rate it 8/10. As it woud be one of the best shows from this season. But as they thought it woud be a good selling point to add in ridiculous fantasy elements in a show about making and creating animes. It's down on 5/10, I wish this jumping into the drawings woud not be a thing.

Imagine if that woud be a thing in Bakuman, and how ridiculous ridiculously it woud have been.
I think it's better if they show the creation the three main characters is doing like a nirmal movie, it woud not have been this stupid.

I was close to drop it in the three first ep's thanks to this, it went from a WoW show to MEEEEH in just one scene.

UltimateDeath Apr 29, 7:08 PM
Hello!
Check your PM Inbox, I have sent you a Private Message there. :)
@kokuborou