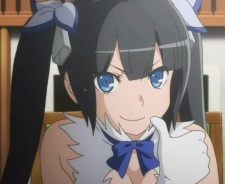 tbh I still haven't seen any of the next season's anime, but I will see them after this season ends. what about you?

oh btw do u have a discord?

Do you have any interesting plans for Today? :3

If you got any Questions, that you want to ask me then you are free to ask me whatever you want. ^_^
Important Note: If you want to ask about anime or manga or some other adaptation, then we first have to make sure that both of us is caught up to the specific anime / manga / other kinds of adaptations, so that we will avoid spoilers. 😐
That also goes for spoilers about TV-Shows, Movies, Books etc. 😐

The reason I'm telling you this is because, I hate spoilers very much! 👿
I hope that you understand, and take it to heart. 😉

Thanks for Accepting my FR! 😁

FlashExploder Jan 1, 5:37 PM
Oh sorry I mean do you like pictures like this or not? i just wanna now your opinion since you are a cultural girl like me

Oh Really !! I didn't know that this anime will get a second season this year, maybe I should watch it before the beginning of the second season

i see you're a cultural girl XD

how r u these days?