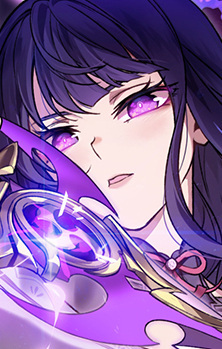 Hibbington Oct 7, 2019 4:08 PM
Sorry for the late replay, took a bit of a rest period after Anime and Character of the Season. I had a Sports Business Major. I was thinking of maybe switching to Sports Psychology but it was just too late in the game to do everything I needed to do so I settled with a minor instead.

Hibbington Sep 29, 2019 2:44 PM
I have a psychology minor, I started taking psychology courses in my third year. If I would pursue psychology I would of most likely went with Organizational/Industrial Psychology. It seemed to be what was on the up and up a few years ago. But being that I started so late there was so much extra stuff I needed to do that it wasn't viable anymore. Not to mention I don't know if I'm suited to making 40 page research papers XD.

Hibbington Sep 27, 2019 10:14 AM
Thanks for participating in the Anime and Character of the season nominations =).
What school/type of psychology are you more inclined to pursue?

AnimeCreed Feb 10, 2019 2:29 PM
Imao its fine xD
Nice nice you should watch dororo too if you have the time that is xD
Nice the manga is pretty good but idk about this latest arc though..
How are you liking Sword art online alicization?

NiteLite2B Feb 6, 2019 4:52 PM
Hi hi Izu! *Hugs Izu* Its been awhile since I've been pretty busy with meeting new people and I actually made some pretty good friends the past two and half weeks and work, so sorry about the late responses. How are you doing lately?

Awwww! Thanks for the support! I been meaning to get back on the pfp layout wagon as of late and just kinda been looking for new themes. I have one in mind atm with using Rory Mercury and a good mixture of red, black and purple in the background, but as I am still new with using Photoshop; I lack the technical experience to make it look nice, but oof I'm gonna try at least. I guess I better start looking for assets, renders and C4Ds for it. Oh are you thinking of doing one yourself? I think by the time I write this your probably done >_< . 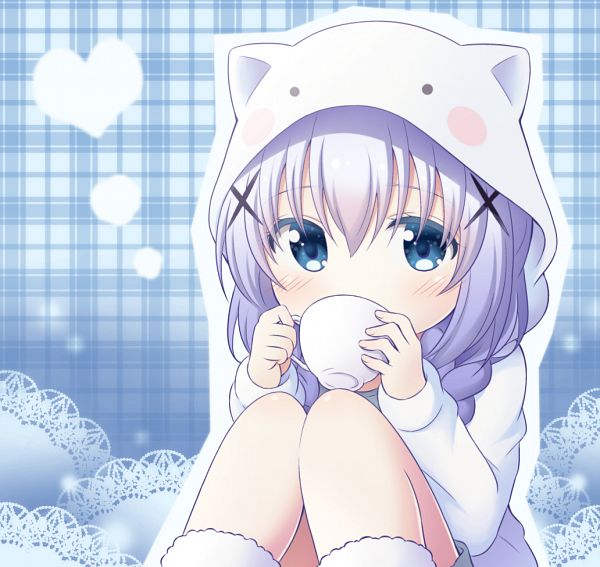 I know what you mean about Izu I really do, but I can't help it to compare myself with others and I hate how I can't contribute to a conversion of a particular anime when I don't know nothing about.

However, I just make do with what I have and progress on my own pace so far. I am taking suggestions/recommendations from others for my vampire challenge so far its going ok. Oh, know of any bad rated vampire shows hehe? I need one that was rated pretty low. I kinda wish I had more time to watch my shows though. *Hugs back*

Yea, give Leona a shot, but she seems like the easier of the support champions, but I honestly don't mind and I just love her for her aesthetics and her Solar skins hehe :P Oh Jinx, I can't say I played her a too much as my experience solely lies on Cait and Jhin, but my friend loves her for her chaotic character motif and as for Kai'sa; I have played her as well, but I am not very good with her atm. I think I only ever had one good game where I was happy with my gameplay with her XD I generally don't touch Mid or Top as I found out I feed too much with either Irelia or Lux too much >_< I am still very new to the game, so I still freak out when the jungler pops out of nowhere. @EU West: Awww! That's a shame as I wouldn't mind playing some normies with ya, but probably not too much as I know you got rank and stuff going on. Oh that reminds me, how are you doing in the new season? I haven't touched ranked yet since I'm too timid from all the toxicity that I might expect and honestly just knowing how to semi-decently play Leona isn't gonna cut it >_< Are the new patch changes affecting your gameplay?

Oh cool! Go for it since you'll probably finish it a lot faster than the AWC 2019 hehe and your a pro at it already >_< As for the Monogatari series, I know a lot of people shy away from it due to how verbose the show is, but honestly, you gonna look for the fine details of the show, since there is a lot of symbolism in place that one doesn't notice if your not looking for it >_< How like the art style is very minimalist to center on the characters and more detailed for key scene to augment the atmosphere of the situtation. Oh btw, where you end up stopping at? I might stop after Owarimonogatari. Well, that's good at the time challenge, since you don't have to worry about time and I think I'll be able to finish my challenge maybe around the end of next month maybe if I push it, but no rush you know. Considering I know you, yah, you can probably fill a lot of those challenges out just based on what you watched previously.

Oh that pretty interesting and a very good opportunity for you, but yah you do have some things to sort out before deciding on that. You do you, but I think you'll be fine with whatever you end up deciding on and thanks! The monotonous work will get to me from time to time, but I have my methods of keeping me entertained during work >_<

*Hugs Izu* It was nice speaking you to again and I did note that you are focusing more on school atm so no worries about replying quickly. Oh I did have a question, how do you go about searching for anime that fit the criteria for the watching challenges? Is there like a google for browsing anime? Does MAL have a function like?

AnimeCreed Feb 3, 2019 2:25 PM
Wait i mean this season right now? Not last one?
But i like Bunny girl too :D
How are you enjoying Shokugeki manga?

True that. It's a good way to weed out people of your life and see who your real friends are. Oh that sounds really nice. You guys probably have a lot of catching up to do as well. Do you enjoy chill games too?
You're very welcome, Isu-san <3

I completely get what you mean. Nothing beats holding the physical copy in your hands. I always really like the smell of brand new books haha. Oh those are some good series that you do own though and yeah those series have quite a lot of volumes. It'd be pretty amazing if you did own all volumes lol. Yeah that's a good point to make. I see the value in it and at least they haven't completely gotten rid of his slime form, but it definitely feels like the focus has fallen off of that.

It seems like helping them to escape would work against her though, but I'm not sure. That last episode and its damn cliffhanger though. Yeah we got an explanation of her fast growth as well, which was good to see. Still completely unexpected though haha and I feel the same way! I really do miss her small version. And that's fair enough she made it to your favorites that quickly. I can't really blame you for that. When you see something so adorable, you can't help it right?

I think you're the first one I know that is enjoying it and wow no guilt over having an affair? I guess she doesn't see it as something wrong, but damn I can't imagine not feeling guilt over something like that. I get extremely guilty over a lot of things. And oo I see.. don't know much about her.
That's the bad thing about trying to watch stuff together in large groups, or just doing anything in general. It's why I prefer to do things in smaller groups and even bigger of a preference for just one-on-one stuff since it's not as bad. I still need to get around to Houseki no Kuni one of these days, but it has CGI? I had no idea about that. I hope it's done well at least. It's why I didn't pick up Revisions because I skimmed through the ep and saw how terrible the CGI was. I guess so, but it's a bit weird this time around which I won't say much on because it's a spoiler, but if you ever get around to the new season, you should understand what I mean. Actually enjoying it less now with the last 2 eps, and especially the most recent because of some very unnecessary fanservice..
YEEEEES, TOHKA BEST GIRL DEFINITELY <3 Good taste!

I know right. Camille recently got a really nice one. I don't even own her and I wanted to get her just for that skin alone lol. Zyra's Dragon Sorceress skin is her best one imo. I don't like her other skins that much. Oh yeah, I wouldn't give up a legendary shard unless I already own the skin or don't care for it. Could be a dry spell since I tend to have that often with League, but I've also just been interested in other things more. It's just a thing that happens :( LOL that's always the worst feeling when you get sniped with a long range spell like that. I'm bad at dodging stuff so I get pretty mad when that happens to me. Oh you've been playing Kai'Sa? Are you getting the hang of her yet?
Mhm, definitely. Their production quality is always top tier with these videos. Haha yeah that happens to me with certain things as well. Damn all these things that be inspiring you :P

I do hope the novels for those are better than the anime adaptations cause they are kind of eh. Overlord was good at first, but it went downhill for me at the lizard arc lol. It's always tempting to get into stuff your loved one likes though, so I definitely understand that. I'd probably start from the beginning as well just to see how it is drawing wise and all. It also helps if you don't jump right into it after you finish the anime. That was nice of you! I always find it hard figuring out what to give gift wise haha. Ah so because that volume was adapted into the anime, you decided not to get it? That must have been nice for you as well to get that reaction from him. Omg you haven't watched the movie yet? :o You definitely should get around to it when you're able to. I plan on reading the novels at some point. The covers for them are really nice. No problem!
Keyword being "for now." That means you can stare at her every moment you get (⌒‿⌒)

That's good to hear! I had a rough week last week, but things are slowly starting to pick up again for the most part.