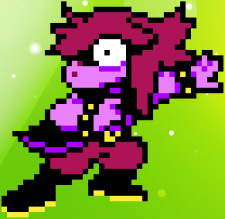 Shurtugal Mar 25, 2014 7:26 PM
Do you have some qualification related to programming or game design or something like that? Going overseas for the short term could be a good idea if prospects aren't so good at home. That would be my last option though. I don't like moving around. I suppose that it's the travelling that you like more than the teaching?

AND the US is so big! Maybe you'd find better prospects in a different State? I live in a city state so... there really isn't anywhere to go.

Shurtugal Mar 24, 2014 8:39 AM
Well I'm almost done now. We can take it as the first degree here, so even counting in the Bar exam and training period, it's only 5 years. Assuming that I pass the Bar on the first try (and I think most people do manage it), I'll be certified by the middle of next year. The judge thing... I'll just keep my eye out for opportunities. I've heard that the government rotates prosecutors as lower court judges and vice versa pretty often, but they just announced a change to that policy. They're going to create separate tracks now. I'm not sure if that means that it'll be harder to be a judge.

Lol I'm a monolingual person too. I don't know any other language well enough to work in. Do you at least get interviews, or no interviews? If you do get interviews then brush up on your interview skills. We have classes on that in university. Classes dedicated to resume writing, cover letters, and interviews ;) I got a B-.

Shurtugal Mar 23, 2014 5:33 PM
I stopped the anime before the manga, so I don't think it's any better in the manga either. It was moving quite slowly. =/ I guess any good story gets draggy over time.

I still don't quite know what I want to do but my degree is specialized, so I'll just go do that first (i.e practice law). It is, I guess, a "cushy air-conditioned desk job". My firm does mostly litigation, and I've heard that that's just a hectic rush of deadlines to meet. I might run out of steam after a few years and go do something else. I think I'd like being a judge, but I have no idea how to get there.

Are bank jobs difficult to get? There's a lot of competition to get the non-sales bank jobs here, but there are enough sales jobs to go around. Not many people want to be marketing investment products though.

Shurtugal Mar 22, 2014 8:47 AM
*coughs* Hey you're still around! I don't check this website (or the email linked to this account) much any more. The number of manga/anime I read/watch has gone down drastically since the old days. Will be starting work next year... But I've already got a contract, so that's a worry less. Have you changed jobs now? (Perhaps several times?)

I am currently only reading Soul Cartel, Noblesse, Claymore and Assassination Classroom and watching nothing. Still following Onepunch Man, but it comes out really erratically. And One Piece... the character design really sucks after the time skip you know?

I'll leave this tab on my browser so I'll remember to read your reply ahaha.

TechDragon Dec 9, 2013 9:41 PM
I am basically just updating my list when i am on MyAnimelist. I do check what the active clubs are up to and make a random comment. More than 70% friends here on mal are not active that much..

Remember that previous post I put showing Ichigo's zanpaktou? Well the same guy is doing it again but for chapter 531


The one where Byakuya "dies"

Hanasaku Iroha was like a bad friend, is the best way to describe it. I'm the type that likes to give series raw potential a lot of time to prove themselves, and Hanasaku Iroha had a lot of potential (the first two episodes were great). The problem is, after that the characters acted like idiots in all sorts of too-dull-to-be-funny ways, and it turned into little more than a melodramatic love hexagon plot featuring high school students who acted like grade schoolers. Unfortunately, unlike something like School Days, it would occasionally show off spurts of competence. In fact, it was pretty much built to take advantage of the fact that I'd take a good episode as evidence that the series was about to go on an awesome streak. Like, every fifth episode would develop a side character in a way that was actually pretty entertaining. And at least 4 times, I took that to be a sign that the show was finally going to turn around. Like a guy betting on the same number on roulette over and over, only I lost money instead of time. 21 is pretty much the number of the episode when I realized the show was what it was and wasn't anywhere close to ever turning around on a permanent basis. It didn't help that that episode had a particularly idiotic plot twist.

You'll hear different things from other people, probably, but that's my honest stand. Hope it's not too ranty. :P

Honestly, my policy on drops is "whenever I'm 99% sure I'm not getting anything else out of a series". Lost Universe is my longest drop: 25/26 episodes, and no regrets at all about not finishing. Because 20 minutes is at least enough time to watch something cute and short like Puchimas, munch reeses, and generally enjoy life.
All Comments