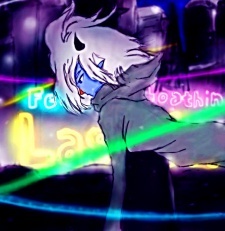 TheRealAutumn Feb 9, 2020 8:11 PM
Took me way too long to finish Gakkou Gurashi but what was up with that ending? It felt so rushed. I don't even feel like it's real. it just ended... way too nicely???


Also I thought Kurumi died? Because in the chapter before the finale they showed her cheering on Yuki. So that was strange.

The manga had more material than the anime did (as usual) so I thought the anime ending was kind of ehhhhh. Episode one still amazing though.


okay madoka is my best girl but homura is swell too

I feel Nanjou is the type of person who if she had the power to travel through time to help the person she cared for, she'd probably go through with it. She could definitely reach Homura-levels of dedication if she could.

But you do get a thumbs up for having Sachi in your favorites. She's the best.

Cyborg_Dragon Jan 11, 2018 7:25 AM
I would agree mutsuki is a god tier yandere that can annoy the shit out of you the only person who can compete is the yandere in the worst anime I have ever seen https://myanimelist.net/reviews.php?id=218136


I remember when :re came out and half the people thinking haise was hide, a clone of ken or a random ccg dude who got the kagune put in him. There are even threads in the anime forum of anime onlys trying to figure out if Ken is in the new anime or haise is ken (Just look at his fucking voice actor).


Ken vs Juuzuo was the worst moment in my manga reading career I can't believe something epic was built up only to be skipped to meet chapter 143 for parallels. I keep getting shade on the subreddit for saying I still dont like the chapter and I should go and read a shonen if I want fights or a happy ending or the character allways winning (points then to devil man that is published by shonen jump which has more edge and less asspulls). This series is a manga if I wanted characters just talking all the time I read a light novel. I have been reading attack on titan as well and the latest 4 chapters in those have given me more entertainment and payoff then the previous arc of :re (seriously the fight would have made reading that arc worth it) because it does not underplay the main characters for minor characters to get screentime. You can have as many minor characters you want put if you are not going to prioritize the main characters that make the most of the story there is a problem.

Cyborg_Dragon Jan 10, 2018 10:30 AM
I thought everything In :re was epic and top teir up to Arima and Ken round 2 that fight was the best thing in the series. I liked all the interactions between the main characters of the original that followed.

The last arc reminded me of the shitty season 2 for the anime, MC is absent for 90 percent of it and shows up at the end and has a battle against a reaper that is offscreened (makes me question did Ishida take inspiration from root a with this last arc). Furuta must have offered his soul to satan for the devils luck. The only new characters I care about in :re are Urie, Saiko and Miza. Amon used to be a main character but we have investigators like Koori Ui getting twenty times more screentime who just bitch and get played by troll god Furuta. People say Ishida is great for showing all the side characters but its too overwhelming with the pacing of the story he should of just stuck to the originals and the Qs for the majority of :re and not bloat the series with a load of minor characters that dont really do much.

Do you mean Yandere?

Cyborg_Dragon Jan 10, 2018 6:59 AM
I try and not to be a fanboy its one of my favourites but it has its flaws I think Ishida should take a break personally but he wants to meet chapter 206 by his birthday next year by the look of things and his chapter number obsession.


My problem with the last arc is that is was kind of all over the place and a lot of stuff other then ken vs Juuzuo (was waiting ages for) was off screened and we then get told Ken vs Juuzuo was a cool fight and ken did not develop at all according to Furuta which was the worst thing about the chapter cause it makes you think reading the series was a waste of time. I felt Kaneki was out of character during goat as if he was dumbed down so this shit can happen more quickly and him being dragon feels like a plot device so far.


Mutsuki yah I liked them at first, they are pretty much a gender bend version of Kaneki accept they go full psycho after torture and start hurting people like Akira and Ken despite them being nice to her. A load of people on Tumblr think Kaneki is a worse version of her rather then the other way around. Their whole chase after Touka is getting kind of old now and I would think it would be kind of shitty if they got away with everything after helping get their beloved sensei turn into a kaiju. She actually got owned by Yomo (who was hungry) however and Yomo got knocked out by dragon. Its hilarious how Touka while pregnant can own her.


I said this before on reddit but if Furuta got his dick cut off and was forced to eat it immediately it would all be according to Keikaku. To be honest I would not be surprised if Furuta had a secret recording of Kaneki and Touka conceiving Kaneki Jr somewhere and was planning on uploading it to pornhub to turn ken into dragon. Apparently people claim his plan did not work cause dragon did not poop out dead people as resurrected half ghouls but its pretty embarrassing how much he got away with. Seriously thou Furuta had to have god on his side for his plan to work (oh wait he did) as their where so many variables. Eto and Arima where great Antagonist while Furuta is the mc of a shonen anime. I am kind of face palming how Kaneki did not leak that recording he had of Furuta and Etos conversation to the dark web after Furuta faked Kens death.


If Furuta really wanted peace there where 100 other better ways to do it then create a kaiju. He could of got everyone together to smoke weed in the ccg off and it would be more realistic and less costly then a kaiju.

Also I am glad I am not the only who thinks the story has lost some points lately.
All Comments