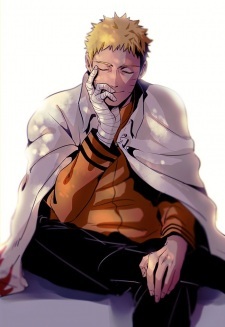 Energetic-Nova Jan 18, 2018 7:41 AM
Yeah, there are a lot of good to fantastic OVAs. I feel happy I have been spending a lot of time watching them. I have nearly 200 OVAs in my list. But yeah, they have the lowest average score. However, I know I enjoyed a good deal of them so I don't regret it. Even if it was bad, it was often interesting.

I watched the Devilman OVAs recently... least a few of them. I liked them a lot. But I also like hotblooded characters and over the top things going on with more classically animated gore elements (in style not resolution or technique).

Energetic-Nova Dec 23, 2017 1:47 AM
Yup. This is what I do for long runners. XD I do have a lot of time in the day. But I think making it habit really does help doesn't it? either watching the show while you eat breakfast. Or Watching the show before bed... yeah long runners really are best when they are just part of the routine.

And trying to find a new anime is really annoying to fill that spot too I noticed. So long runners work best.

As of right now, looking out the window, I must say it's snowing quite a lot here

Fovez Dec 8, 2017 12:36 AM
I think they already know it by now. What they needed is someone with knowledge of PC, Server, router etc. nothing else. And that's where I come in! lol

Yeah. I passed the original class with good grades too I think. A bit rusty tho

Fovez Dec 8, 2017 12:25 AM
One of my goal in the future is to become a programmer, which probably requires good knowledge of math, PC and stuff, and I've never been good at theoretical subjects. At least I have a specific goal in my future tho.It's just that... I've never been good at these kind of stuff. Only thing I focus at the moment ... is my job as a apprentice for 1,5 year so I can get my certificate of apprenticeship.

I usually underestimate myself tbh

Fovez Dec 4, 2017 12:13 AM
Sorry for the very late reply. I was actually planning to reply during the weekend but I ended up watching live series and talking with my old mates through discord. Again, sorry :(

Anyway, I read your about life, and it seems like you are doing quite fine, which is a good thing. If I may ask, Do you like your job or nah? or anything else you'd like to say perhaps?

So, I figured i'll tell you about how's my 2016/2017 been so far. It has it's cons and pros Pretty long one.
My apologies if there's any spelling errors

So, early this year, I had some issues with social life, because I barely got along with any of the classmates I attended with (i'll tell you more about this in a moment). My Goal were to become a apprentice by applying myself to a place I could work for about 1,5 year, which is related to what I've studied in Highschool: Data electronic engineer.
Thing is, one of my classmates "stole" the place I was actually planning to work as a apprentice, leaving me open and desperate of my own future, trying to figure out where the f**k i'm supposed to apply for, most of the places I've searched for has already been taken or don't accept any apprentice like me. To be honest, it was kind of my fault because they contacted me before him if I was interested to work for them, but I never answered because I didn't check my goddamn mail. I didn't check my goddamn MAIL!!
I looked at his eye, the person who took the place I was planning to work as a apprentice for 1,5 year. He didn't show any sort of grimace face towards me, nor did he feel bad about me, it was just a drip of a second he looked at me and then he turned away, minding his own business. It's like he didn't give a shit. Because that's what it felt at that moment. People don't give a shit about anyone else as long as it benefits himself/herself. That was during 2016, right before summer. To put it briefly, I failed to find a place someone would accept me as a apprentice after I graduated from high school.

After summer 2016, I applied myself for something that is called supplementary studies qualifying for higher education if that's the correct word for it (translated from Norwegian called Påbygg), I had depression issues during my time back then. I barely got along with any of the classmates, I never felt good going to the gym especially when it was group activities. My gym grades or whatever I should call it were 4/6 tho, which is good. 6 being the highest you could get. We use numbers here in Norway just in case you didn't know.
Because of depression issues, I had a hard time studying and focusing at the same time. I don't drink, I don't party, I don't even smoke, yet I notice almost every single day my classmates either smoke during break or mention things about party. I guess they totally have different perspective of life and they preferences of daily-life. I guess I was sort of "outside of the club". I'm living some sort of a boring life. Oh well.
On the bright side. I just knew, I never needed to succeed of supplementary studies, because already finished my years of High school. I could focus on finding a place someone would accept me as a apprentice. And that's what I did, which i'll tell you more about in a brief moment.
2017, right before the end of supplementary studies semester, I barely learned anything, or at least, anything that would be put in great use on what I've actually studied for three years in high school which is Data electronic engineer. It was the last week before exam. And oh, I never mentioned about what I was planning to do during summer, because you know what? I never attended to the exam. It's not something to be proud of or something. It's actually quite foolish to do. but the thing is, it was the same day me and my family had to take a plane to Thailand, because we were going on vacation, which ultimately led me to two choices;
1. Take the exam, and hope for the best that i'd succeed, my family departs without me and goes on a trip to Thailand to have some fun without me.
2. Ignore the exam and join my family to Thailand. Spend my time finding someone who wants me to work for them as a apprentice for 1,5 year and hope for the best.

I took the 2nd option. It was some sort of a gamble, because it'll leave me vulnerable that I may yet again not find a place someone would accept me as a apprentice, but then again, I've already finished high school, so I didn't see any some sort of a big reason why I should take that exam. Like I said, already got documents/proof that I've finished my studies of Data electronic Engineer at high school.

So, Summer 2017 i'll put it briefly. Just ask if you'd like more details of what I did in Thailand.
The beach were nice, lots of people, very cheap food and drinks :P, I saw a transsexual person working as a checkout cashier at a pizza restaurant. I was like; -Dayum man Is that a Man or a Woman!? Because I honestly couldn't figure out his/her gender lol. I mean, I didn't see quite see any sort of either male or female bodyshape, yet the face didn't felt right, like I don't know. I honestly couldn't tell. I was curious to figure out what the gender of the checkout cashier that day lol.
Other than that, I tried a bit driving in Thailand, totally different experience than here in Norway, and I had to take shower every single day, because it was extremely hot. That's something we don't have to do in Norway, because it's usually cold here soo.

After summer 2017, between September and right before November, I spend rest of my time playing video games doing almost nothing. slept during the day, and playing video-games during the night. watched some few series too. And i thought; -This is what happens when you don't apply yourself to the society.
It felt empty. Wasted my time basically

Then a miracle happened. A lady called me. She called me if I were interested to work at a place called Interfil as a apprentice. I immediately said yes, I'm interested. Couple of days later, I met the people who work at Interfil, and they said;
-There's one empty Office right next to us, where our previous apprentice used to sit with us and work. He is now studying to become a programmer, and we need a apprentice here so he could help us with daily routine, problems our workers needs help with related to PC and so on. So i'm wondering, do you want to be apprentice here?

I smiled at that moment. Tbh, I don't quite remember if I said a word back then, either a yes or no, I just smiled. and they gladly accepted me.
I signed to contract to work at Interfil as a Data electronic engineer apprentice, IT-department.

And here I am :) A lazy person who skipped supplementary studies exam who is now working as a apprentice for 1,5 years at Interfil

Mr_Perv_ Aug 18, 2017 6:33 PM
This is a quicker reply then what i thought i was gonna send out tbh thought i actually was gonna wait a month lol but i got lonely n wanted to msg somebody lmao
~ 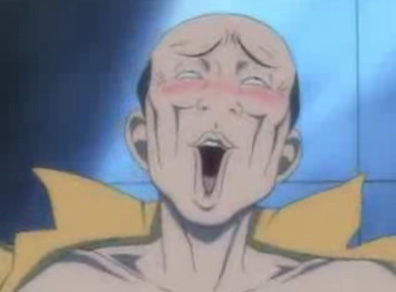 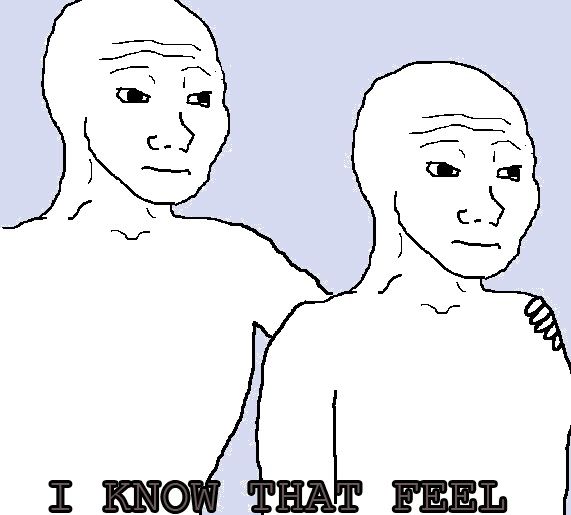 Mr_Perv_ Aug 14, 2017 5:54 PM
damn are reply games so weak rip
~
I have it on my ptw I was gonna watch it but eh I'll get around to it someday tho
~
I need to watch the spin off they have with the loli girl as the main cuz I damn sure do love me sum lolis
~
I want to jump back into the monogatari series but I'm just too lazy n after the last one i watched that wasnt the kizu movies but the tv series (which i cant remember) kinda bored me so it might take awhile or i might do it later this week idk really
~
Idk the only mecha shows I like are date a live & Code Geass