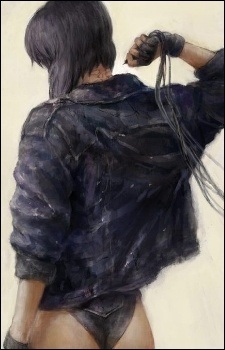 Alfond Jul 17, 11:20 AM
Heya welcome back. That 3D character looks pretty good. Did you pass the final?

Also we should have been playing Cyberpunk 2077 months ago, but it got delayed.. I'm still hyped though.

How you been doing?

Mhm, me too. I’m a bit of an introvert, but I like having convos every once in a while. Chatting is a pretty neat time killer, but it can get a bit draining at times tbh lol. Oh, what type of games do you like? I’m pretty openminded and can play practically anything, but I do have a soft spot for platformers. Haha, no, I get that. It’s nice seeing people doing stuff that you can’t and are probably too lazy to do.

Oh, nice. Same with us, but since the people here are a bit, eh, let’s just say dumb we have quite a lot of cases lol. Compared to the US, it’s extremely low tho. Well, with Kanye I think there’s another reason, but I’d rather not get into politics tbh lol.

Uhh, well, I guess? I’ve had no school for the past 6 months, and haven’t left the house in quite a while. Basically I have an insane amount of free time, more than I know what to do with. I’ve consumed more anime in these last 3 months than all of 2019 lol. I do still talk with my rl friends on discord, so there’s that. Tho it would be fun if we could meet in person like we used to.

Wow, that sounds really tough. But hey, look at the bright side. At least it’s something you’re passionate about, so all the work is kind of worth it at the end lol. It’s cool that you have something like that. Oh, and that’s really neat. Level design is imo one of the most vital aspects in a game for me. Hope it works out for you!

Oh, I actually haven’t tried Mob Psycho yet. Could you tell me what about it appeals to you so much? And I can relate to a certain extent. Anime comedy is really hit or miss.

literaturenerd Jul 12, 11:41 AM
Yeah that happens sometimes! Anything you'd like to talk about?

Someone said same thing to me about america cap

Sigma- Jul 12, 3:32 AM
Haha, no, it’s fine. Once school starts back up, I’ll probs be busy as well. And yea, tell me about it. This whole pandemic thing was kind of a weird rediscovery phase for me lol. The amount of old hobbies I ditched because I was too busy with life is just ridiculous.

Oh cool, you’re planning to work in the game industry?

Sigma- Jul 12, 3:09 AM
Yea, sure. Feel free to start a convo whenever, I have an absurd amount of free time nowadays:P