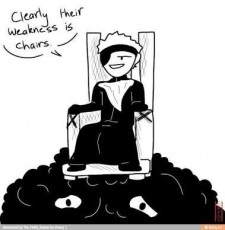 puneetsingh Oct 11, 3:28 AM
Haha, I m alright but looks like I m staying here for a couple of days. You know my parents are strict for study and it's good but I am now at a place where I can use MAL account.

puneetsingh Oct 10, 9:42 PM
Big sorry from me because I was out of my place where I use a device to access MAL. I will be out again for some days atleast again from today.

Thanks for the birthday wish.

puneetsingh Jan 10, 3:49 AM
Yeah,I hope that you may able to serve more asses to the chairs as much you can and increase the chair life also. After all, they have elected you as a president.

shukishuki Oct 28, 2019 10:57 AM
Unfortunately yeah;-;
I don’t get so much free hours these days resulting I can’t watch as many anime I want to
Again,I don’t generally reach out for EVERY anime out there,so that kind of plays part in why I completed such a small amount of shows:v
My ptw list is quite good I suppose as there are less sequel/ovas and more variety of shows
A part of my ptw list is the mainstream ones that I couldn’t get time to watch
Another huge part of my list is hidden gems/underrated/controversial/old shows as I went through the seasonal archives and also checked out different studios individually in MAL several times to find unique shows
Another thing I did was-I went through MAL’s Most Favourited anime list because I believe there has to be a reason for a certain show to end up in a random user’s favourite list which could potentially be my reason to love that show too

puneetsingh Sep 28, 2019 4:03 AM
You talking about my favorites? Sorry, I wasn't online from few days.
All Comments