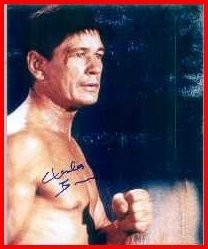 destryed Aug 3, 6:15 PM
thanks for accepting my friend request !!

ShahrukhKnight Jul 25, 1:49 AM
I love Monster, Urasawa's 20th Century Boys and Billy Bat is in my PTR.

ShahrukhKnight Jul 24, 12:30 PM
I live in Lahore city. I like your favourites.

ShahrukhKnight Jul 23, 1:43 PM
Thank you for accepting my friend request.
Nice to meet you. :)

haitches Jun 11, 1:59 PM
Very nice Grave of the Fireflies review and about 80% manga affinity, that's the highest for me.

Weeaboo_Bomber Jun 7, 10:47 AM
How is it going man? I get a shitload of comments here lately and for the most part I'm busy answering them instead of watching anime, haha. It's really nice to have the opportunity to talk to people from all over the world and to see how similar they often act despite their different cultures and religions, but holy shit, I'm not that social and I'm starting to understand people who just close their comment section.
To answer your question, I'm from a very tiny area in South Germany, almost at the border to Switzerland.

I'd like to answer everything you wrote but your points were already good and I've got nothing to add. Just two things:

1) I see you linked a video from the Distributist and I watched it since I think I saw some of his videos in the past and it seems that he is based and redpilled (to phrase it like a true millenial). Isn't he a far-right guy? (Not that it would be a problem for me). His video was interesting but it felt like he isn't that much into anime and he kinda took the same line as many people to criticise anime as degenerate weeaboo stuff. Tbh, I wasn't too focused when listening to him. Maybe his point was just that anime is rather escapist and doesn't help young people to find a goal in their life and people tend to romanticise it.

2) I accidentally noticed that you watched some episodes of FMAB and gave it a very low rating. Speaking of shows we liked at early points of our life but grew out later on, is this one of those shows for you or is it just outright bad? I think I watched FMA and FMAB one or two years ago and I found them to be pretty okay for shounen anime and relatively mature compared to stuff like Boku no Hero Academia etc. But I can definitely see that the whole war-topic wasn't executed in a satisfying way.

Weeaboo_Bomber May 28, 3:10 PM
Oh god, I feel so bad every time you write me, haha. It takes me almost a week to write a couple of sentences while you always write back so fast and detailed. Anyway, I feel you, I've always avoided anime based on CLAMP-manga, though Card Captor Sakura was a small part of my childhood. But I notice that now, as an adult, I dislike some of the shows that got me hooked into anime when I was younger.

You're right about YYH, I'd add that the 90's atmosphere and the rather dark and moody tone of the show (for a shounen anime) are a big plus. I'm looking forward to your review. Speaking of Togashi, I'm sure you already heard it but he's gone a have a comeback (at least for 4 chapters of HxH), how cool is that? I forgot that he just casually created one masterpiece after another at such a young age. I feel like there's barely anyone who can follow his footsteps. Maybe Hajime Isayama who created one of the most influental shows of his time at age 26/27 (if I'm not mistaken, though I'm really not sure how you like AoT). Oh shit, you don't like AoT. Well, I don't really know any good shonen-mangaka tbh.

Texhnolyze (propz for writing it correctly) had much potential and I really wanted to like it but it is one of these overtly inaccesible and all-too-dark shows, if I remember it right. I mean, Kino no Tabi, NGE, Monster, Kaiji etc. are all equally dark and deep but the characters feel more fleshed out. Well, that's just my opinion, I think you're pretty patient judging from the fact that you didn't drop a single show and it's definitely worth a try.

My native language is german, that's lucky for me since german and english are pretty similar in some regards. May I ask what's your native language? I envy people who can speak two or even more languages almost perfectly.

Weeaboo_Bomber May 22, 11:18 AM
Talking about vampire shows, have you seen Blood: The last vampire? It kinda looks like a show you might like. It's based on Blood-C/Plus by CLAMP.
Btw, I see that you watch Yu Yu Hakusho. I just finished it a couple of weeks ago. I don't know if you're into shonen stuff but it's easily among the best shows of that genre. It has this great 90's look and retro-touch and it's pleasantly dark. However, the later arcs of the show can be somewhat long winded.

It's a pity that you didn't like the Angel Densetsu manga. It's possible that some ideas just work better as a tv-show with more dynamic and music. Well, now I'm gonna rethink reading the manga.

I really wish someone would have the balls to adapt more manga by Fukumoto, particularly since Kaiji and Akagi turned out great. Thinking about these kind of shows always triggers my inner old-school-elitist. I don't even know what to watch anymore because I'm done with most of the shows I've ever wanted to finish. Gonna go with some obscure 70's/80's mecha-shows...

PS: Sorry if some of my sentences are hard to read (or a bit short and abrupt). English is not my mother tongue as you might have guessed.

MarkVijet May 20, 7:36 AM
Amazing Grave of the Fireflies review

Weeaboo_Bomber May 9, 5:49 PM
Sorry for the late response man, I've been banned for the last 5 days, haha. So I've seen the Cowboy Bebop movie and it was nice as expected. About the Vampire Hunter D movies, the first one really convinced me. The animation was great for 1985, I liked the character designs and - most importantly - the atmosphere was wonderful. Though I couldn't really get into the second movie. There was no particular scene that held my attention and it didn't feel like a big upgrade compared to the first one but that's probably just me, I mean it was still fine. Thanks for the recommendations.
Btw, I'm not sure how tolerant you are towards comedy stuff but I'd really suggest you Angel Densetsu (if you haven't watched it). It's hilarious and just a 2 episode OVA. And while we're already on it: Chuukan Kanriroku Tonegawa is a surprisingly witty spin-off series of Kaiji but it's pretty underrated.

Weeaboo_Bomber May 1, 3:33 AM
Thanks man, you're the first one who mentioned my profile pic. I'll definitely check out Bartender and tell you how I liked it. Any other recommendation(s) among oldschool-seinen-afficionados?

Weeaboo_Bomber Apr 30, 3:02 PM
Dude your favorites are based af for the most part and we have almost the same mean score and a high affinity but giving Elfen Lied the lowest score and Samurai Champloo the highest (if I'm not mistaken) is kinda triggering. Anyway, I see you like Bartender. I've often considered watching it but it seemed a bit to slice-of-life like for my taste. Is there a actual plot or is the show just episodic?

ThinkTable Apr 29, 8:04 PM
where did u read the zetman one shot collection. thanks
All Comments