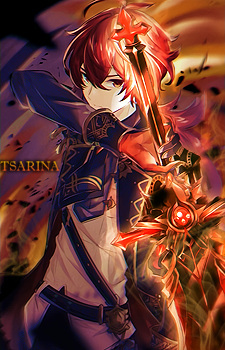 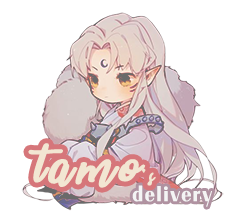 problem? write me on blog
‹ ctrl + f › to find your card.
re-host time 14 days | 2 weeks
- - -
deliveries will usually happen
at the beginning of month

▔▔▔▔▔▔▔▔▔
Would you like a card slip?
check ► this ◄ out!

Izuru_Kamukura10 Jul 22, 6:28 AM
You certainly acted like you knew things :P Be very careful what you utter unless you shall be exposed for the faker that you are XD XD

😂😂😂 I see your inflated self image certainly has not lost it's touch at all despite being unfounded 😂 How did the 'common' people react exactly? Did they think you a fool and turn away? Lol

One-dimensional is quite a damning accusation XD XD And if you're curious who the odd girl in that gif is btw, it's Oshino Ougi from the Monogatari series :P

Izuru_Kamukura10 Jul 21, 2:48 AM
Hoho but you were the one who looked so sure compared to me :P :P So yes, I will take my jab at you as I please 😂😂 And White Fox has certainly been doing a very good job with adapting it because the anime has been top-notch 👍

But I have. But I have :P Does a man need to go any further than prove why the colour red is red? Or why humans think tasty is tasty? I merely speak facts here from observation :P Reality speaks for itself :P :P So just the same here. Why oh why do I need to prove something so clear before my eyes 😂

Ohhh you never know?? Being Subaru's love interest is a 👎👎 lol and that would be the same for Rem too for that matter. I actually prefer Ram over the both of them XD XD And yes, Crusch is 👍 And BTW another sword-wielder XD XD

Well a little heads up here but that anime was not supposed to end yet so you either saw an anime original ending or they left in a to be continued thing without much to go on. But I see the rumors of the comedy are true and you saying it was originally supposed to be a gag manga only symbolizes how far it goes lol But are you talking here just pure comedy or action AND comedy??
And you still do not know why Hibari is popular lol

Izuru_Kamukura10 Jul 19, 10:51 PM
There you go. Your incompetence has been revealed :P :P Light Novels apparently might have thoughts of the characters like how you'd see them in novels so yeah but unlike typical novels, they have images so I guess that's where the character's appearance comes from and why animes like Re Zero got their adaptation of the characters spot on because Echnida and Regulus look exactly like how I imagined them to be :P

Surely they must have jested to grant such praise towards lowly creature as yourself. I've seen more nobler animals than you 😏😏 I've even seen a mushroom lead better than you and mushroom don't even talk or think 😂😂

Ahhh :P Well I like Emilia too. Not too much tho because you know... Subaru lol My best girl for Re Zero is Crusch Karsten :P So I'm not amongst the crowd who'd usually pick between Emilia or Rem XD XD Leave those to them, I choose Crusch Karsten.

Sure. I'm not as interested as before tho but I would still consider watching it if peaks my interest of course. 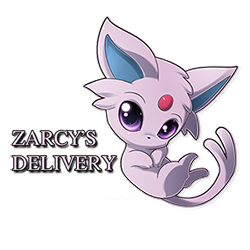 Azur Lane Edition || Cards
ctrl + F to look for your name, save and rehost within 14 days
If you have problems with the card, don't hesitate to pm me.
Thank you for your request! Enjoy!

Izuru_Kamukura10 Jul 15, 1:20 AM
I obviously do not speak with any knowledge of how light novels look like at all but I think I saw a bit of Index series and it was adapted from a novel I believe as well and it was text I think? But maybe I'm wrong who knows. In this respect however, I speak as a bumpkin XD But I think from what I looked up that it has mostly writing with some images.

Because you speak as one and you are one :P Accept your place, peasant who pretentiously speaks as if one can claim to be a person of high status simply because she deems herself so. A faker :P

And yes, particularly one female knightly blonde, yes indeed :P Well said. And as someone who also likes these types of characters, welcome welcome XD XD Most sword fighters tend to be cool XD XD Tis common knowledge.
So does this mean you also like Emilia?? :P

Made by Chibi ✶ Delivered by moonbeam
Any trouble?? ✶ Here

Izuru_Kamukura10 Jul 5, 1:05 AM
That is very likely the case. There is never really a clear case of when they choose one or the other. But I think when studios adapt novels like how White Fox is adapting Re: Zero then they're definitely going to use their own style because there's nothing else since novels are just writing without much else.

Pfffft bold words to claim ME the serf here. Know your place, you bumpkin of a peasant and go back working on the fields lmao

Ahhh burn out is something I'm not unfamiliar with. Perhaps you're overthinking something? Or maybe stressed out over something?
And yes I do seem to :P It is a trend of me to like these types XD I like my swords lmao but I also love knights or knightly type characters particularly female knightly types who are NOT lovey dovey-centered.....
Hmm now that explains why XD You like your sidekick furries 😂 Now I can predict this

Izuru_Kamukura10 Jul 2, 5:28 AM
Well it would logically speaking I guess. It is unclear for those of us sitting from the outsider's POV to understand why they make the decisions they do. I guess maybe they think in some cases, their own animation style will fit better with the current times? And in some others that just adapting the source would suit the audience better?

No fun :P What are you bummed out or something?? Perhaps mentally exhausted after doing something mentally exerting perhaps?? :P I will not pry of course if it is considered prying for me to ask right now XD
Shame tho you do not remember too much of Julius :P He's easily one of my favourite characters tho of course as you can see, Reinhard tops them all.
And what the heck makes you favor the little furball so much?? XD
All Comments