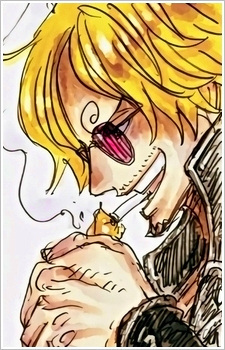 Well... most people I know had the exact experience that you had. Watched the anime, loved it and then decided to read the manga, so I'll probably do the same

Oh, and I heard that the manga will end very soon. Is it true? Cuz if it is, then I should probably just wait for the ending

I look forward to experience Uchuu. Everytime I see someone talking about it, they always mention how beautiful the work is and how much they cried while watching/reading it, lol

Blois Jul 29, 6:51 PM
heya
so... i've been interested in Uchuu Kyoudai for a while, but i always find myself confused when i think about it, because i don't really know if i should read the manga or watch the anime first. Can you please help me i beg u 😭😭😭

CrumblyKawaii Jul 2, 11:56 AM
If we take the anime comparisons, then yes, Mutta is clearly above Rudy. The anime shows a mere fraction of Rudy’s depth, whereas the anime of Uchuu Kyoudai adapts the manga wonderfully, and makes Mutta great all the time 👀 But the sheer quality of Rudy’s thoughts, feelings and ideas are unmatched. The process of him learning magic when he was younger, and how he learned the properties of magic creation and modification. Things like that are brushed over in the anime and they exaggerate the more perverse parts (which are a lot rarer than you’d think), and you learn so much about his views on things that make any upcoming actions have weight. There’s so much nuance to the character, whereas the anime grossly simplifies him. So, putting aside your 5 rating for the anime itself, you’ve especially not even seen the core of who Rudy is. For reference, the reason I’ve not continued the anime is because I didn’t care for how Rudy is portrayed in the anime! 😤 Similar deal with Classroom of the Elite anime vs LN. It’s a common issue you’ll find with these adaptations. So, if you see me like one character more than another (which I don’t; Rudy/Ed/Mutta are next to each other and near equal to me; I put Rudy first because of how the LN excels at this), make sure you look to see if they are adapted from the same medium. Because LNs and VNs will have characters that are absolute gold but are pretty mid in the anime adaptation… and unfortunately, that is the image that anime-only watchers will see.

For example, Haku from Utawarerumono. There is a new upcoming Utawarerumono anime. The adaptations of the series so far have been meh, and Haku is okay in that. But in reality, Haku is the most beloved protagonist in all of VNs; he is legit one of the best written characters you’ll ever find. But anime-only watchers aren’t going to know that. All I can say to them is to consider that anime is not the center of this. And that maybe 2-3 of my characters on my profile are the anime versions; the rest are manga/LN/VN. Yabuki Joe, for example, idk how he is in anime. He could be a meh character for all I know, but idc; he’s my fave male manga protagonist ever. Hands down.

CrumblyKawaii Jul 1, 4:48 PM
As expected of Baka Cana-san, always so dramatic 😌
I bet the child, being called Kamil, will be throwing hands everyday 🤣
That seems like the characteristic for anyone with a name like that 👀

MeiAckeele Jun 30, 1:10 AM
Gotta say I find it impressive how analytical you can get. You delve into realms I only dared touch when trying my darndest to get a good grade in english. I literally just re read Chainsaw Man and still didn't really pick up on anything you just mentioned.

But hey, if you are gonna fight my battles for me and argue for Makima's sake by all means

I shall watch and hope the superior Cana wins as she battles herself as to whether she likes Makima and Chainsaw man. I say superior because obviously the one that likes Makima is going to win ;P

So what you are saying is you love her just as much as me? Cause I definitely don’t live in my own fantasy world where I get Cana’s approval on all my favourite characters. Good. Glad I am not crazy

By the sounds of it, you need to see everything. Do you not enjoy the thrill of the unknown? I love me a good truth arc where everything is revealed. My favourite Bleach arc is still the past arc. BUT THAT IS NOT ALWAYS THE CASE. I love the ambiguity and vagueness around Makima’s character and her motives. The fact she starts off as a mystery… then you find out all the bad guys are terrified of her…. And then when you meet Quanxi you find out all the good guys are terrified of her aswell.

I recon if they explored Makima as in depth as you wanted, that woulda spoiled a bunch of the ambiguity behind why everyone was so afraid of her. Even if they did it as a flashback after that, idk I feel that isn’t very necessary.

I feel that is the beauty of it. Today half the movies coming out are ‘explanation’ movies. Kenobi just came out cause we need to know what Kenobi was doing between the prequels and original trilogy. Just as the most recent example. We don’t need to know EVERYTHING. It can be far more fun piecing the puzzle together from other peoples reaction to what Makima does and what they say about her behind her back.

‘YET WE'RE FINISHED WITH THE STORY, AND NONE THE WISER ABOUT WHAT
MADE HER SHIFT TO THIS GOAL’

In saying this sentence, are you aware that it is not done. That this was just part 1 of chainsaw man and there is a part 2 starting in a mere few weeks. That I think it is very possible for Makima and the story to not be finished. Given how Devils and Fiends work it is very possible for Makima and Power to come back, and who knows… maybe we will get some Makima back story while raising the new little Makima ;P

Well I never expected you to like Makima as much as me anyway, what did you think of everything else? Were you not much of a fan of Chainsaw man in general? Has anything changed since you read it. I know sometimes after sitting on an ending for a while my opinion changes after thinking about it (not that it has ended ;) ) Did you like any other characters? Makima is obviously my favourite but Power, Denji and Aki made for a great main squad.

CrumblyKawaii Jun 27, 12:41 PM
Ascendance of a Bookworm had a new character appear (be born, rather) and they are called KAMIL! And you know who I thought of ahaha! 🥳

Your gif did give me an almight good chuckle xD

How are you finding it? Any new opinions on Makima? What did you think of new characters like Reze and Quanxi or anyone you found interesting (if any)....

Well im off to read another volume and increase my lead ;)

I am catching up ;P

FYI since im reading the physical copies implanning on doing 1 a day.... not that everything goes to plan of course. But if you wanted my schedule ^.^ Not that it is a race ofc ;) I have all of Chainsaw Man. Let the re-read... BEGIN!

When I have time, still havent completely settled in yet haha

(Does some quick googling to make sure Mei-man isn't getting bamboozled.... not that he doesnt believe Cana)