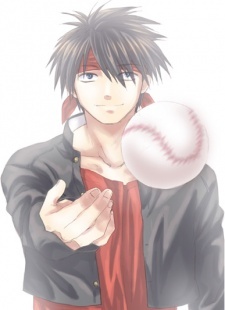 Vladz0r Feb 5, 4:27 PM
Saw your avatar on the Violet Evergarden Review. It's quite awesome, just sayin. :)

Snaj Oct 6, 2021 2:16 PM
Nice Violet review, I think Gil being a PoS in the movie was an intentional choice to show how time has changed him and how he coped by severing all ties to the life he lived prior

DoomRanger Mar 13, 2021 8:07 PM
Recently watched FGO Camelot, as an FGO player myself, it definitely wasn't a 10/10. I'd give it a 4/10, at most a 6. They omitted too much shit and added things not apart of the original story. Although, the studio isn't to blame. It's like Babylonia, the studio was just thrown a fucking epic series but given the middle finger and had to start from somewhere in between. No wonder they had to throw shit in to make sense of things. Not to mention, Babylonia will not explain shit for Camelot.
The entire movie was mega anticlimatic and definitely not Babylonia's level. So far, it seems to skip more or less most or all of the miscellaneous details and parts of the chapters especially the first one.

I honestly believe it would have done better as a series not squeeze one of the longer chapters into 2 fucking movies.
Anyways, the fights are hopefully all in the next movie most likely with Gawain and the other holy fucking trinity. Also where the hell did Lancelot go after he slashed the doggo with Arondight... bloody hell.

ahjhj1717 Oct 3, 2020 6:40 AM
You'll be amazed how well they dealt with the pollution over the past 2 years it's basically no pollution now. Agree with the traffic but it isn't much bothersome because of how smoothly they handled I admire them minding their own business and going with the flow which doesn't cause any problems even with so many cars. Trains have always been the best in travelling within the city.

I haven't been to Anhui what was that like? Also was there any city or is there, which you want to visit in China?

Short_Circut Nov 10, 2019 9:44 AM
Well that doesn't seem too bad I guess. So does the other pairing completely not end up getting together or is it more of a bittersweet type of ending (i don't mind spoilers btw)

Let me guess
the pairing with the ex-boyfriend one?

Short_Circut Nov 9, 2019 8:10 PM
yo I was just wondering for Sora no Aosa, how was the romance in the series like? As in, was it a vague as shit conclusion or was there a proper romantic conclusion for each of the pairs (unless Okada ended up doing an Anthem of the Heart again with the pairing lol)