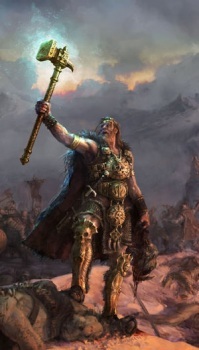 Black_Sheep97 Sep 30, 2019 4:57 AM
Woah no need to be snappy dude ,I was just being funny. And I'm fully aware we won't be agreeing I just wanted to understand you're position.

Well clearly enjoyment and liking is a factor for you cause there is no clearly defined logical requirements that you've stated for something to be taken seriously, you've repeatedly stated it's based on feelings. That doesn't mean you don't enjoy what you don't take seriously but there are certain things that you enjoy taking seriously.

Although I did ask what does it take for a world to feel real to you as that was a requirement you said for you to take it seriously.

Black_Sheep97 Sep 29, 2019 12:19 AM
We might have to agree to disagree here, cause just something has comedic elements doesn't mean the serious elements are reduced or failing.
If you're stance on taking an anime seriously or not is predicated on liking certain Troupes in fiction, then it is more understandable where you are coming from but I obviously disagree.
But you still confuse me with some of your statements. Like some of the movies you gave as examples I fail to see why you take them seriously and not the others cause they both share similar Troupes and styles of storytelling.
I can understand if bad writing was a factor for you not taking it seriously but that doesn't seem to be the case as it seems to be predicated on the feelings if a world feels real or not, then I have to ask what are the requirements for this to occur?
But if it does come down to taste then yeah we might as well agree to disagree.

I find your view of seriousness of shows to be overly dismissive and tunnel visioned it seems to be a case where a show cannot have a variety of tones to it particularly comedy tones i.e., a show has to be monotonous in order for you to take it seriously if it's not then you're points come off as contradictory ,now my intention with the above statement isn't to offend if I did I apologise but it's with the intent to establish a foundation for why I disagree.


In response according to paragraph:
I never cringed or lol-d watching death note and if I did that moment wouldn't detract from the seriousness of other scenes. I believe the nature of the characters and context for the plot should govern how these scenes are portrayed. Like for instance you example of the clown being incorporated I would take it seriously provided his / her actions are understandable for his character, and the incorporation of chibi comedy or explanation wouldn't bother me either, as other serious shows have done this which I will go into explanation later. And now that I think about it they were jokes sprinkled through out death note as well that made me laugh quite a bit as well, particularly with any scene involving ryuk who served like a comedic relief Character for the alot of his scenes.


One of your points for not taking the show seriously, is because of the characters superhuman strength and speed which come under the light of being ridiculous , if thats the case than that view would imply on guts entire Character cause realistically his arms would have fallen off and he would be suffering a series of brain concussions. He is more stronger and faster and endures more than any other character in Dr stone. As for the chibi comedy and the stuff that comes under Loli kawai they aren't monster like that, yes but there are moments throughout beserk like that. There is plenty usage of chibi comedy from the first arc and plenty of light hearted and goofy moments through golden age as well that can make you laugh at least for me it did. And there is Loli in beserk now in fact unless your implying that it stopped being a masterpiece after the Loli came in. Beserk also has moments of darkness and gore as well, by your lens the light-hearted moments and comedic moments and chibi would detract from those. At this point I'm getting more and more confused.


Like Dr stone FMA understands the nature of Characters and context of the plot, it lacks seriousness when it needs to and becomes serious when it needs, and some of the darker moments of FMA are arguably more dark than death note, with themes of experimentation, just war, genocide and religion. The same came be said for beserk the light hearted moments are more light hearted than anything than what is present in death note. Even shows like Hunter x Hunter which is praised as a masterpiece have this aspect to them.


I understand that and obviously agree but the argument isn't that a good show should be serious or not, it's about whether it can be both and still be taken seriously when it needs to and that's why the context of it matters. In some sense having that variety helps, to add a lifelike and relatable aspect to the story by having that variety of tone and emotions with them. As life include a variety of experiences with a variety of different kinds of emotions that accompany them and this depends on the individual


Like most of the series talked above, marvel Thor Ragnarok understands it's plot the elements in the show that are comedic have the context to justify it, such most scenes involving an interaction with Thor and hulk and the and alot of scenes involving hela and Thor's personal struggle have a dramatic and emotional weight to them. This direction added more variety and personality to the overall story of Thor. And ultimately became the better of the Thor movies where the others were more overall serious, and proves that being overall more serious than something else that lesser doesn't make it better nor does it mean that the serious moments are lesser in weight. I guess in the end this comes down to a matter of preference and pure subjectivity. For me atleast I take something morbid and bleak like death note as serious as shows that have that tonal variety to them like cowboy Bebop, samurai champloo, breaking bad, the wire even the initial seasons of game of thrones had plenty of comedy injected in there and beserk as well. I find that your stance that Dr stone is primarily a joke to be dismissive of the serious parts of the series parts of the series. My stance isn't that Dr stone is better than death note, my stance is that just that because there is comedy in the series doesn't detract from the serious aspect nor does it make them less serious in comparison to the death notes scenes because of prior portrayed comedy.

Black_Sheep97 Sep 24, 2019 8:43 AM
Just because something isn't realistic doesn't mean it can't be taken seriously for instance shows like monster, vinland saga and beserk and pretty much any shounen even Hunter x Hunter , mob Psycho 100and Fullmetal alchemist are very unrealistic when it comes to human limitations and capabilities and they are taken seriously.

Now as for Senkuu feat ,that's just a demonstration of his mental capabilities and it helps to build him up as this extraordinary individual, could an actual person accomplish what he did, probably not but it's within his established Characterization to do so. Same with the other guy it establishes his pure and obsession for his girlfriend and his thick headedness. And his superhuman strength are akin to the common troupe of a character being superhuman to add a certain epicness when dealing with conflict case in point guts in beserk and most sports anime and battle Shounen.

From my understanding of what happens in the show , there is dramatic and ideological conflicts that happen so I assume those stuff should be taken seriously. Just because there are superhuman feats in the show doesn't detract from it's serious tone i would say.

Also the stone thing, from a psychological standpoint that's debatable whether it truly is superhuman or extraordinary , cause it's assumed that you would go insane but that isolation theory only applies to people who are isolated and their conciouse is able to interact with their immidiate environment but for the case of those two they were isolated within their own conciouse meaning that the effect of two are necessarily logically equivable.

As for being a real science anime yes those aren't realistic but just because a story centers around a particular subject manner and doesn't follow the rules of that subject matter in real life doesn't mean it's not serious or that its meant for kids look at gravity,hurt locker and pretty much any war film.

Hope this argument doesn't çome of as aggressive, it's just me disagreeing.

Adnash93 Jun 5, 2019 1:59 PM
Thank you for an invitation to friends' list and for your kind words. Indeed, there are not many people nowadays who can notice the differences between good and bad writing of thethe story or even judge it fairly. Have a nice day! :-)

Mojocat Sep 4, 2018 3:41 PM
Just wanted to say I really like your Overlord III review, agree with all the points you made. I'm just disappointed that I don't know anyone personally who agrees with me on this as well :(