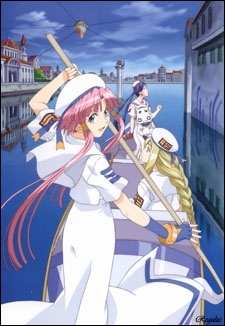 chocolaetmaelk Jan 16, 2013 9:45 AM
It snowed on Christmas in Toronto but all the snow melted like two weeks ago...its acutally been kinda warm lately. How is it there in Indo?

I actually just got the flu a couple of days ago so it's been pretty meh lately as well.

rpatwater Dec 26, 2012 2:01 PM
I've noticed we share a very high anime/manga compatibility and quite a few favorites as well. I want to start reading manga more often and, since you've read quite a bit more than me, can you recommend some manga for me? Thank you.

Maybe, idk, but I hope it improves.

I'm not sure, but I don't think there will be too many new episodes. It's supposed to be a rerun of the old eps for the most part (I hope the eps are remastered in 16:9 format though), which is pretty smart. It's the North American approach to TV, instead of making fillers (which I wouldn't mind for a series like Gintama), they can buy enough time by re-airing old eps and keep people interested in the series high as they give the manga time to get ahead. Maybe other companies should take notes.