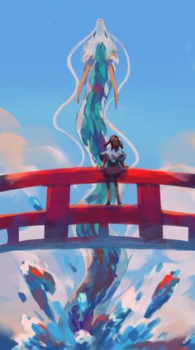 crimew4ve Sep 29, 2018 6:54 AM
Yep I have been. Looks like I'm a carat now, be prepared to take full responsibility :>
Are there any shows I should watch to familiarise myself with the members? Jeonghan was my bias a few years back because of his long hair, it's a crime that they cut it. I haven't forgiven Pledis for that. I never will.

crimew4ve Sep 29, 2018 6:52 AM
Seems like you’re a fast reader? Well I guess that happens when you can’t put something down. It’s called NG Life – I enjoyed the chapters I did read. I should’ve known with Tensei in your faves :p

That might be a better way to go about it, especially if you’re finding it difficult. He is the most interesting character so I don’t blame you. Yeah, and it always takes heart break for them to finally see the situation for what it is. He does get some character development though, afaik. Wooop~ I feel like the series could eventually get a drama adaptation. Haha alright, I’ll keep that in mind.

I get you, there’s always one group that comes out on top no matter what. That group is B.A.P for me. I get sad just listening to their music after all that’s happened. Chan ofc, Felix is cool!! They’re such a wholesome group.

Fair enough, I prefer the other subunits too. “GO” is an incredible song though. HAHAH I can feel your passion from here. He really does deserve more recognition. I’m liking Johnny more and more – he’s in my top 5 for sure. It was such an iconic look, we need to start a petition to bring it back. You’re right, I was a fool to believe them :p Oh btw, NCT 127 were responding to fans on twitter earlier and Johnny even called a fan “sweetie” T___T I’ve never been so jealous in my life. crimew4ve Sep 17, 2018 3:54 PM
LMAOO I think I have been converted, is this your impact?
Thanks is too good aswell. I only listened to it for the first time last week, shocking ik.

crimew4ve Sep 17, 2018 3:53 PM
His ending was so bittersweet ;___; I feel like the manga tied up loose ends pretty well though. Happy they all made up in the end too. Even Tsubaki's character was redeemed.

crimew4ve Sep 17, 2018 3:53 PM
Oh I was talking about novels in general even when they don't need a translation but I'm the same.
That actually reminds me of a manga that I really liked the concept of but I literally couldn't continue because I couldn't figure out the translation... it was a reincarnation one afaik. I guess we should be happy that we got anything tbh!

I BELIEVE IN YOU! YOU'VE GOT THIS! You're a trooper Dani. I don't think I'll be picking it back up in the near future but you've inspired me to try it again one day. I think he loved her? In his eyes, she was the only one who believed in him from the start. It kind of makes sense when you think about his childhood. Let me know your thoughts when you do, if it's not your cup of tea don't feel like you need to push through. For real? I've actually read somewhere that his character has gotten more annoying in the later chapters, say it aint so D: I'll definitely start it again, it's a good read. Yes please do! I haven't started it yet but if you like it then I bet I will too.

Ahh I knew you still loved them. Almost like picking your favourite child huh?

They're really lucky to have him! His voice is insane too. Did I ask who your favourite member was?

Fingers crossed. Aww that's a shame :( atleast you liked a few of their other songs. I didn't like NCT Dream to begin with but I've since seen the light.
NCT 127 are coming back soon though and Jungwoo will be a member!! Even though SM said that was a fixed unit, smh SM whatchu doing.

crimew4ve Sep 2, 2018 2:12 PM
You have a pretty good memory, pls let me in on your secret
AH YES THE LESBIAN WEDDING, AND THE OLD MAN!!!! DANI THE OLD MAN AND HIS LOVER!!!!! Broke my heart into two :( When his son invited him though... that was bittersweet

LMAO maybe it just wasn't meant to be. The chapters are pretty short aren't they? You could always google how long that arc is and judge whether it's worth it. Oh she was, took Bam a long ass time to realise how fake she was. Definitely! I think I was up to the train bit? Yeah I don't think it's glamorising a particular lifestyle but just shedding light onto how people are treated better when they fit this ideal standard of beauty. Fair enough, that's your choice. I do like Shin-Ae! I really like Q-tip, he pretends that he doesn't care about Shin-Ae but deep down he really does ;__; Nah it sounds good! I love yowapeda so I'll probably be into that. I think I'll like it from your description tbh! Yeah it is airing rn, if you plan on picking it up let me know cause I'll probably be starting it soon.

Don't tell me... you're not as into them as you were before? D:
SHALL DO! I like the members a lot too, Bang Chan is a fantastic leader.

Oh for sure, maybe that'll change on their next album. HAVE YOU WATCHED THE NEW NCT DREAM MV BTW? IT'S ADORABLE!!! I really love Haechans voice. It should just be his permanent look tbh, nothing will suit him as much as that look. 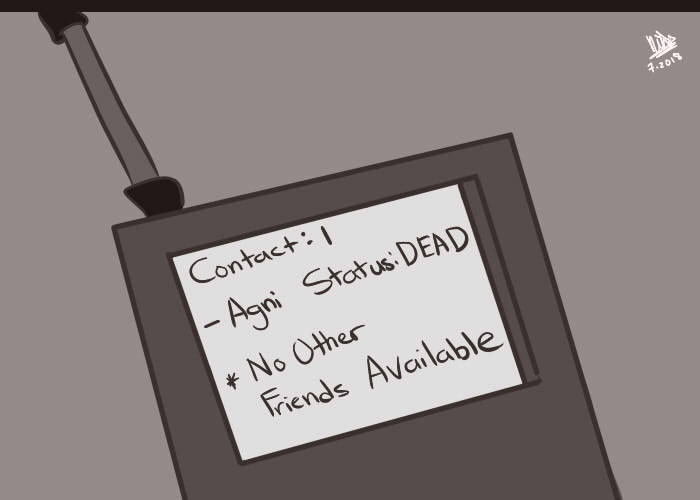 Sonal1988 Aug 29, 2018 3:22 PM
I do think neither will go to jail cuz they both have supernatural beings by their side, ready to do anything in order to keep them safe. Another Q arises - who will Soma side with? Will he believe OCiel or will he fall for RCiel's lies? Most importantly, will Sebastian become proactive or will he simply do as his master bids?

Not sure about jail, but it sounds like a stretch. Seb wouldn't let that happen, unless OCiel wanted to go to jail. It's also great fun to see Sebastian this defeated, even if it's only for a few moments (been tho it's been months for us)
Yes, I'm worried that OCiel's cunning personality will mellow down and he might become more of a goody-two-shoes. Ugh. I don't want that and it's my biggest fear from the series.

My theory is that after alienating RCiel and then extending "Help" to him OCiel is gonna wanna monopolize him. Eventually tho, UT is most likely to take RCiel in a place where nobody can ever find him. When you have the time, go thru all those links. One theorizes that UT actually wants to merge both the Ciels. Outrageous, but honestly, I'd put nothing beyond Yana at this point.
All Comments