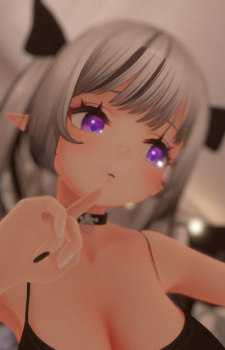 Redice Sep 25, 2020 2:10 PM
I was 11 years old. I still did not have an internet nickname back then. My friend had one similar to silver_dragon.
I needed one so I thought of a cool one for me with influence from my friend which ended up being redice dragon. Since that was too long, I simply started using just redice. Terrible name, it's always taken on every online platform.

bibi-fan Jun 8, 2020 9:29 PM
I started watching Legend of the Galactic Heroes and kept seeing your comments in the forums. Noticed you had it on hold though, what did you think of the series so far and any intentions of getting back to it soon? (I found that right now is the perfect time to watch it since it has less to compete with in terms of seasonal shows.)

bibi-fan Jun 29, 2019 10:06 PM
I noticed that you are watching Mix and that you've also completed Touch. I was wondering if i could watch Mix without Touch, or if I should really just watch Touch anyways.

In your reply to Weaboo Zhao on the 13th this instant you didn't actually say what Anime your current sig video clip is from...
Which is what I'd also like to know!

Of course... we may be making a false assumption, that it is from an Anime, and not just a stray bit of animation from elsewhere... in which case we'd still like to know who created it.
It's an incredible piece of animation, and I'd like to see what the rest of it is like.

So, please, enlighten us, o knowledgeable one.

Toucanbird Feb 18, 2019 9:35 AM
Oh man, I’m really sorry to hear that. I didn’t know you were living in the path of that wildfire. I did hear how devastating that fire was. I hope things are starting to settle down now.

Sounds like both our lives hit a little bit of a snag last year. In the spring, I was fired from my job (for no other reason than my boss being too stupid to realize that he’s destroying his own company) and I ended up driving for Uber and Lyft until I could get back on my feet. I didn’t mind losing my job so much because it wasn’t in my desired career field, but it put me in a really tough situation financially.

I finally got a job in my career field in New Mexico back in September, but just moving to take it wiped out all of my finances. I was literally broke and finances are still tight, even now.

Due to the job situation, I couldn’t watch a whole lot of anime last year. I would wake up super early to drive and then get home late. That also means working on my novel took a backseat as well because finding a job was more important. I was working on it when I was still at the previous company, but after I was let go, I couldn’t find the time. Now, my new job does keep me pretty busy, but there are times things slow down and can catch up on some of the things I missed.

Man, I didn’t realize until the last few months how outstanding 2018 was for anime. I’m not sure if if you’ve watched them yet, but I highly recommend Violet Evergarden, A Place Further Than The Universe, and Rascal Does Not Dream of Bunny Girl Senpai when you get the chance. Easily my three favorite anime from last year and I swear, I think Violet Evergarden damn near had me crying from start to finish. One series that kinda slipped off people’s radars that I really loved was High Score Girl...I give that one a recommendation, it’s a nice little romance anime and I enjoyed seeing all the retro video game references. I’m not sure if you liked Attack On Titan, but it’s third season last year I thought was the best season yet. I can’t wait to see where it goes since it’s broken in half and the other half airs next season. I also thoroughly enjoyed a series called Yuru Camp...it reminded me a lot of Non Non Biyori in regards to get sort of being a low key, comfortable watch.

This season, the only real notable anime I’m watching are The Promised Neverland and The Rising of the Shield Hero, both of which are outstanding thus far.

*edit* Sorry, didn’t get a chance to look at your list before replying. Just assumed you missed a lot of series last year. You dropped Violet Evergarden?! Wow! I mean, wow. I’d be curious to hear why. I thought it was one of, if not, the best anime of the year and from the looks of things, it seems you dropped it just before it hits the best part of the series. It looks like you already saw some of the anime I recommended. I guess Yuru Camp was the only one I recommended that you either didn’t see or aren’t watching.