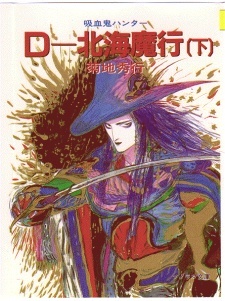 Sensei_Jaq Apr 8, 2018 10:33 PM
Lol, you're very welcome. Also, i would recommend season 2 of Gin no Guardian. It is much better than the first season, and im only 1 (2 technically cause they put 2 episodes in one) episode in.

Sensei_Jaq Apr 8, 2018 1:34 PM
That is a rather tough question to answer, as they are in a category all their own. Some good ones are Trinity seven, Shingeki no Kyojin (i started but wanted to finish Dragon ball first, so i put on back burner. So far so good), Owari no Seraph is very good, Guilty crown was very good, but not a huge amount of fan service. Familiar of zero has fan service but it is also very fantasy orientated. Queen's blade reminds me a LOT of DxD. Girls Bravo has a lot of naked elements if you are looking for that (Guy allergic to girls. breaks out in hives every time one touches him. Very funny to watch )Akame ga Kill! is a lot like Highschool of the dead, they just fight with swords, and it's more fantasy based.

Sensei_Jaq Apr 8, 2018 11:20 AM
Gin no Guardian. I was trying to find an anime that compares to King's avatar, and this one seems to fit the bill. Watched king's avatar a few times now, and i cant wait to watch this one. Thanks for the great recommendation!
-J

RebelPanda Mar 30, 2018 4:33 PM
Wow, thank you, you're very kind. I see what you mean about Citrus, I originally disliked Mei, but look at it this way: We see her as this strict harsh girl through Yuzu's ignorant perspective during the first few episodes, then as Yuzu starts to realize that there are reasons why she is so cruel so do we. In turn, making it so we can watch the earlier episodes through a different light.

I just posted a new review if you're interested :P it's a little shorter from than the others but I hope you like it
https://myanimelist.net/reviews.php?id=275797

DannyTheDonkey Mar 28, 2018 8:49 AM
Most people will just take a look on the score whenever they see reviews and upvotes to those fit with theirs. They pretty much doesn't really pay attention to the actual content especially if they're long. Ryuuou is a fucking joke, so I might just trolling a little bit.

Inactive_Andy Feb 15, 2018 8:06 AM
Yea actually I don't see Mio and Eita working out as much as Komiya and Eita. Those two had more chemistry together. And I mean
He made her his phone background... Come on bruh.


I was so disappointed at the ending I wanted to cry with her.