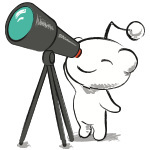 Ningen_Slayer Jan 10, 3:24 PM
Thanks! I have a similar opinion on the middle episodes I was really disappointed cause I had high hopes for it after the great start

Ningen_Slayer Jan 10, 6:53 AM
Hi! How are you doing? I want to ask what do you think of journey of elaina now if you have finished it? I stopped at ep9 cause I started to feel a dip in quality and I am planning to finish it, but I just want to know what's your opinion on it?

Senseki Jan 1, 3:33 PM
I really need to read the manga. I've been putting it off for the longest time.

Though I'm very surprised to hear that the manga covers double what the anime does! For some reason, I thought because GTO ended on an abrupt number of episodes there was just no more material to include in the anime, a dumb assumption on my part. But hey, I learned something today.

Also, I'm sending you a fr cause why not

Aired Jan 1, 2:44 PM
Think you should join the club too. You might have a crush on me. Went through all the effort of screenshotting what I put on ur profile and now ur just typing memes. I'm just gonna take a wild guess here and say u weigh over 300 pounds.

Senseki Jan 1, 12:19 PM
Well, hi. I found your profile through the thread where the person below randomly attacked you.

I see that you enjoyed the GTO manga. That's awesome - it's definitely one of my favorite anime.

I'm literally better than you in every single way imaginable and you want to comment some BS in my thread. The fact that you have the little reddit alien as ur profile picture instantly makes me not like you.

Your 1st paragraph actually makes a lot of sense...if the MAL of now was more lenient to the usual crass of reviewers making their point, and are able to control their website from people like you and me who just see the score, and upvotes it because it's in line to their thoughts. That, you can say, is human fallacy. If you'd take a look at some of my earliest reviews, that would have been the case for your justification as well, I was a noob back then and didn't know how to do things, so it's learning by adapting for the most part.

The MAL reviewing landscape, I would agree with you that it's becoming very stale, and sadly for the most part, it's the same formula of "learning by adapting". I have talked to some users in the past that the longer that MAL continues to survive, the less people are inclined to read a long "fictional" review and just leave it at that. Good that you know what you want from a review, and truth be told, I'm still asking for ideas around to change my now 3-year old same-old review rhetoric. Not to mention being flamed like RebelPanda, but he's one of the best veteran reviewers around who still can resonate with his readers, and that's OK by me.

Sometimes I do get on a fit that for all that work I've put in and it bears no fruits, I have only myself to blame because of the "knowledge" I had and being overly proud about it. Truth be told, I was waiting for someone to hate upon my style, and then use it as a feedback, because there's just no one better anymore in this barren wasteland. So for that I say, thanks for calling me out.

But the crux is this: people only see the score --> TL;DR, upvote. That's how "brutal" it is in MAL's recent years.


Is your goal also to have the reader understand your perspective?
Always has been that way.

If I threw the review ball to you, how would you have gone about it? Since we're talking about how generic reviews have gone (mine included), how creative would you want it to be?

Thanks for the affluency of an attention span of just going ham. Criticize me all you want, but this is my style.